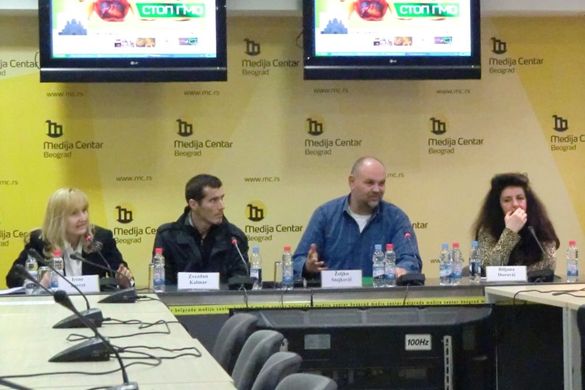 Since the news broke in early November that the European Bank for Reconstruction and Development is considering supporting Monsanto, one of the most controversial agricultural corporations, with up to USD 40 million, we have heard voices of protest from across Europe (Croatia, Germany, Hungary, Italy, Serbia, and once more Germany).

Last Thursday, Serbian NGOs and anti-GMO activists took their protest to the Belgrade offices of the EBRD (see images below). Serbia is one of the countries in which Monsanto could receive EBRD support. It is also a country in which agricultural production accounts for about 20% of GDP and involves roughly one third of the population.

Apart from Bankwatch member group CEKOR, several environmental groups joined the protest that were organised online by an independent civic movement for the protection of the Serbian food and agriculture market.

During the press conference connected to the event, the organiser Irene Barrett explained that Serbia has a long-standing history and knowledge in the development of green and organic agriculture and that it is well-developed in seed production and hybridisation.

Supporting Monsanto in penetrating the Serbian market would bring risks like greater dependency of individual producers and an accumulation of market power in fewer hands.

Images from the event 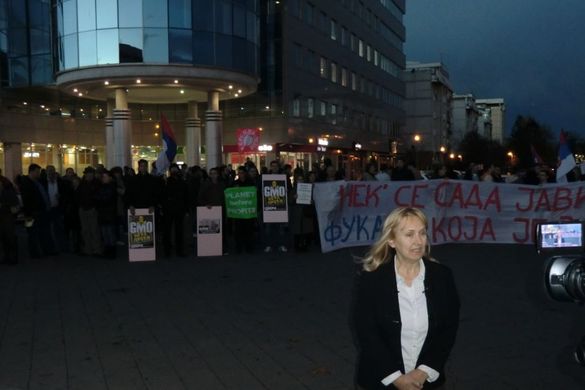 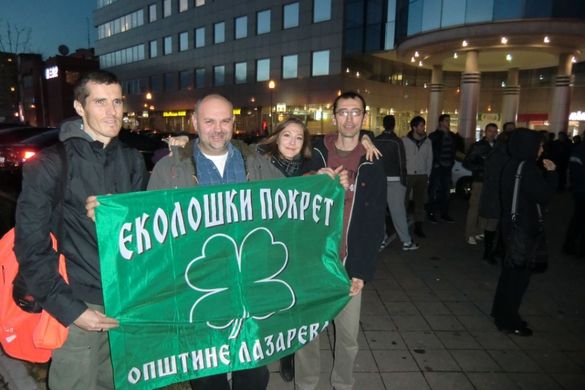 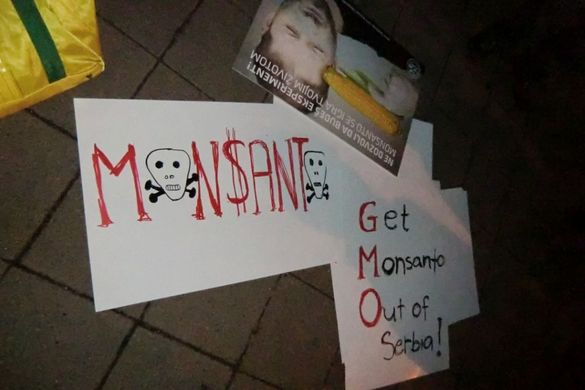 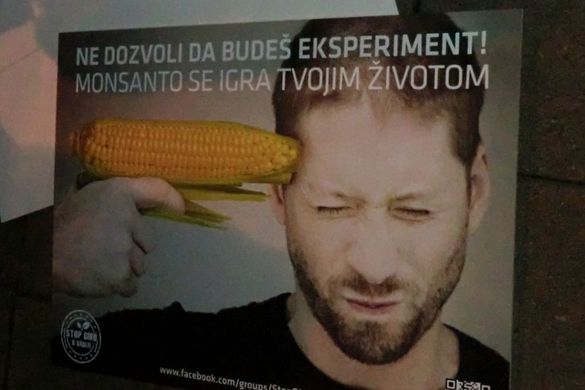 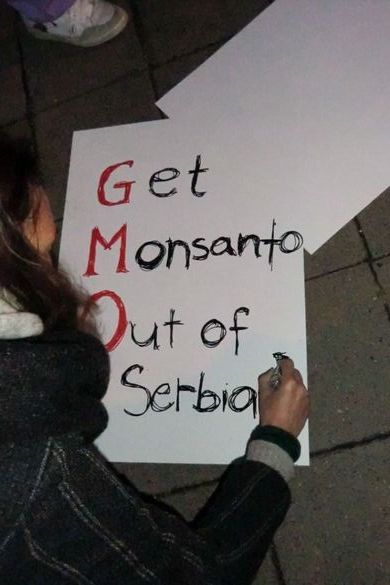