After a five year planning and permitting process, and citing economic reasons, Italian energy giant Enel announced last month that it will not now be moving forward with a coal-fired power plant project in Romania. The company had been working on the project – a proposed 800 MW facility to have been sited in Galati, at an estimated cost of EUR 1 billion – since before the outbreak of the economic crisis, since when progress has been slow.

Enel’s plan had been to import coal from Ukraine or South Africa and burn it at the new plant in Galati, a free trade area. Besides a customs tax exemption, the site was chosen because of existing infrastructure: river transport (via the Danube), and good road and rail links.

It certainly struck some observers as odd that Enel could receive permits for a large power plant in a location close to a biosphere reserve (the Danube Delta), across the road from Natura 2000 sites and on the outskirts of a city of 300,000. Nevertheless, Enel duly got the spatial planning changed to allow for the power plant’s construction and passed the first stage of environmental permitting (the strategic environmental assessment for plans and projects), despite the initial disapproval of the neighbouring nature park administration. While they were at it, it proved easy for the Italian company to obtain a permit to build a connection to the electricity grid right through a nature protected area. 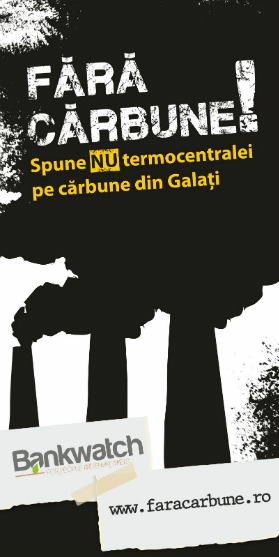 In the end, though, the company never managed to complete the environmental impact assessment procedure for the power plant. Over time it became clear that the plant would have difficulties selling electricity, along with other emerging obstacles: court cases against its permits, the opposition of the new local administration and the start-up mobilisation of local people.

While people in Galati generally welcome any initiative that involves job creation in the city, they are also very sensitive to air pollution matters as the city already hosts a giant steel plant. According to Greenpeace Romania, the new power plant’s health bill would have amounted to EUR 235 million per year (including 40 premature deaths, 45,000 days of sickness, and 17 new cases of chronic respiratory disease per year).

The economics ultimately killed the project. The economic crisis – and Romania has been considerably hit by its effects – brought a decrease in electricity consumption, while at the same time a large number of wind power projects have become operational in the last three years.

Thus, in 2013, Romania has total net installed capacity of 17.9 GW, while generally only 6.5-7.5 GW are needed at any one time. This also means that around 2 GW of coal power plant potential is not being used currently. The picture is changing as existing coal power plants in the country approach the end of their lifetimes and are forced to shut down because of EU emissions legislation (the Industrial Emissions Directive); and they are being replaced by renewable energy capacities.

How the Romanian energy mix will precisely look in the next five to ten years is, however, a story still being written. The same power plant operators are intent on pushing the government for as many derogations as they can – to receive free CO2 certificates, plus more time to comply with emission levels under the Industrial Emissions Directive.

As for Enel, it has other ongoing issues with the project to complete two more nuclear reactors at the Cernavoda power plant, another project refusing its death certificate. Already a number of major investors (CEZ, RWE, Iberdrola, GDF) have withdrawn from this white elephant, and only Enel and Arcelor Mittal remain while project cost estimates have spiralled up from EUR 4 billion to 5 billion, and now stand at 6.4 billion. Among other controversies, a key problem hanging over the new Cernavoda plans is where to sell the output.