Financing for hydropower in protected areas in southeast Europe 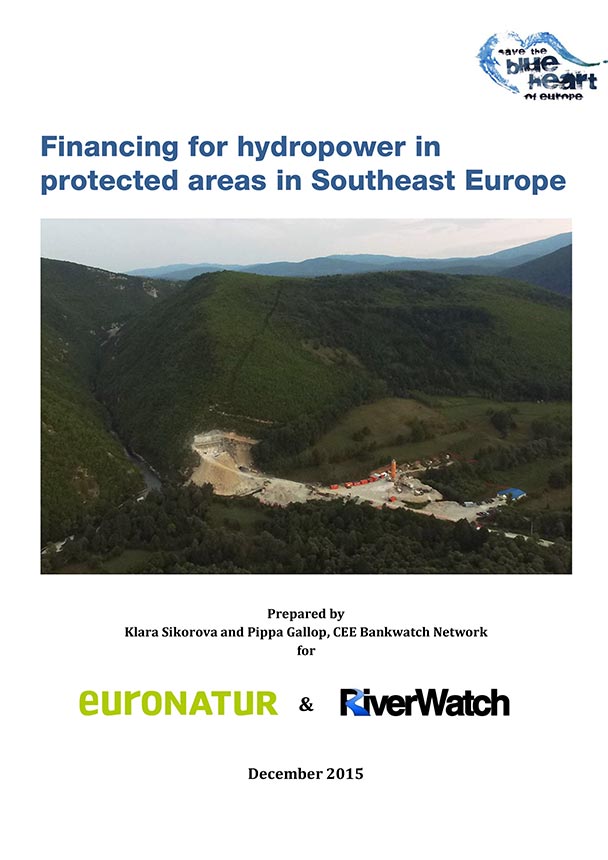 Southeast Europe is experiencing a wave of hydropower projects. In a region with a deadly combination of Europe’s last wild rivers, rampant corruption and inadequate nature protection, the potential for damage is immense. In order to address this issue, we need to know who is making it happen. This research aims – to the extent possible given the secrecy around the financial sector – to find out who are the main actors involved in financing hydropower projects in the region, both overall and inside of protected areas.

In addition, financing has been cancelled for the 68 MW Boskov Most plant in the Mavrovo National Park, also in Macedonia.

Regarding the Ternove SHPP in Albania, the EBRD has said that it had conducted an on-site investigation into the concerns received in a letter from an affected citizen. The bank found nothing to substantiate the allegations. Bankwatch will continue to monitor the issue.


The underlying data of this research can be accessed in the following formats: