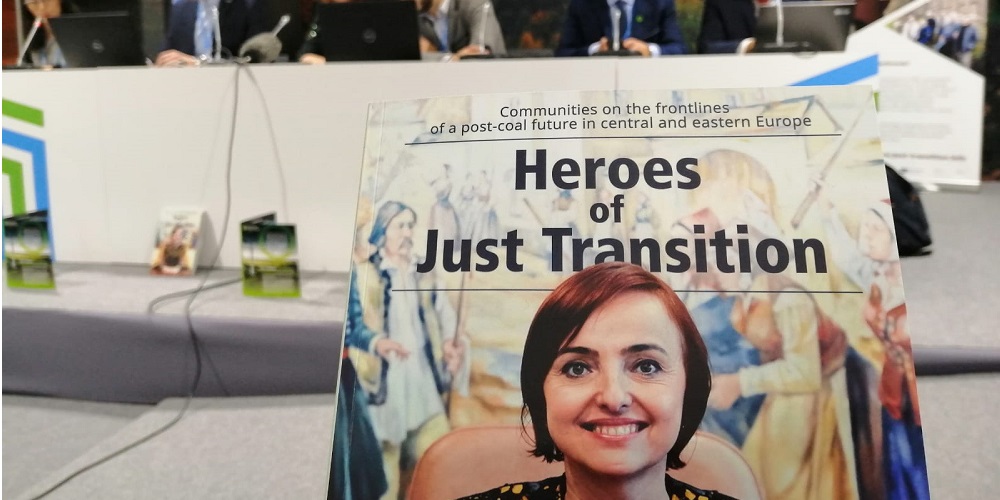 On Dec. 5, during the side event ‘Local communities build a post-coal future’ at the COP24 in Katowice, Bankwatch launched its publication ‘Heroes of Just Transition’, featuring seven stories from coal communities around central and eastern Europe, the challenges they face as they move away from coal and the solutions they find – sometimes even in spite of resistance from the central governments.

The side event, co-organised by Bankwatch together with WWF Poland and Climate Reality Project, similarly focused on solutions found by citizens and local authorities from communities that are at the frontline of building futures without coal.

During the event, Mrs. Elsa Velichkova, mayor of Bobov Dol municipality in Bulgaria, where the largest underground mine in the country closed this year, said her community desperately needed help to implement a just transition. Mrs. Velichkova worried that central authorities are not supporting enough such efforts and expressed her willingness to cooperate with partners across central and eastern Europe and beyond to exchange experiences about just transition.

Alojz Vlcko, representing the Prievidza municipality, in Upper Nitra, Slovakia’s coal region, presented the Slovak example of creating an action plan for Prievidza and the Upper Nitra region through a bottom up participatory process that involved the local community and was driven by local authorities.

‘In central and eastern Europe, it is still an extraordinary act of courage to speak about the inevitable end of coal, as we have done in Prievidza,’ said Vlcko. ‘But in the recent elections people have shown that they prefer honesty and being prepared for the future – even if the transition may not be easy.’

Stories from Bobov Dol and Prievidza & Upper Nitra are features in the publication ‘Heroes of Just Transition’ distributed at the COP and available online here.