Risky business – Who benefits from the Southern Gas Corridor 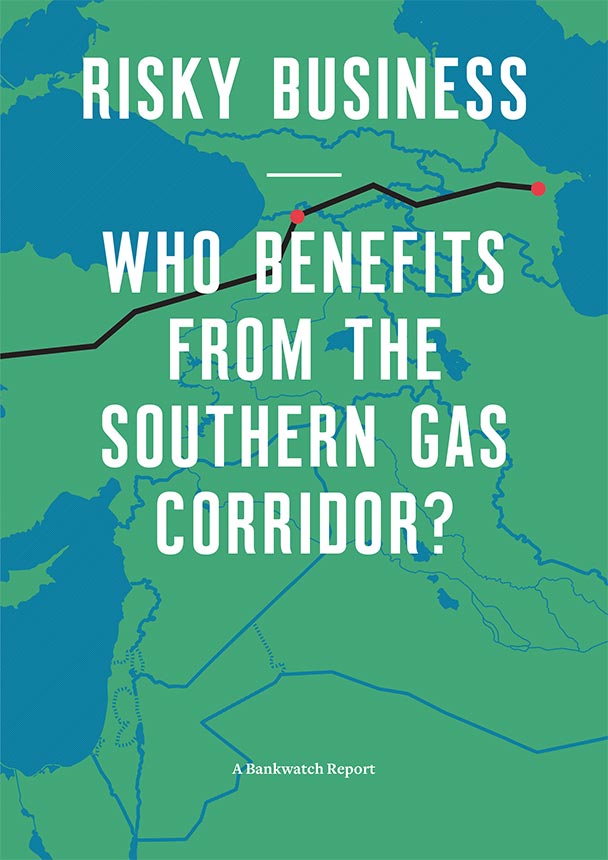 Note: The ‘Risky business’ report has been amended to correct several errors that have been idenfitied after publication.
Read a statement about those changes below >>

The Southern Gas Corridor, a string of pipelines meant to bring gas from Azerbaijan into Europe, is presented as a panacea for all ills and is set to benefit from some of the biggest loans in the history of European public banks. But as this report reveals, Europe’s flagship energy project is set to benefit a host of companies and individuals with a particularly shady track record. Several companies contracted to build the Southern Gas Corridor have a worrying history of corruption.

See also: an interactive presentation of the studies findings and more materials >>

Statement on corrections to the report ‘Risky business’ – December 21, 2016

Last Wednesday, 14 December 2016, Bankwatch released a report about the companies contracted to build the Trans Anatolian Pipeline and the Trans Adriatic Pipeline.

The section of the report dedicated to Bonatti Group had some errors which we now wish to correct.

The report stated that, “in 2010, a Bonatti subsidiary (Edilperna srl, based in Sicily) which had been contracted to build a hospital in Verona was issued with an ‘interdittiva antimafia’ by the Italian police, which means that the public contract with the company was suspended because of its connection to mafia clans.” Edilperna was a Bonatti subcontractor, not a Bonatti subsidiary.

The report stated that in 2011 Bonatti and Renco were two of several companies under an investigation of the Milan prosecutors “for international corruption related to winning contracts for exploiting resources in Iraq (the Zubair oilfield near Basra, one of the world’s biggest), Kuwait (the Jurassic field) and Kazakhstan (the Kashagan oilfield).” Bonatti and Renco were not under formal investigation in relation to this case and no charges were pressed against the companies.

Bankwatch apologises for these mistakes. They have now been corrected.