Ideas about the construction of a new lignite power plant in Kosovo have existed since the end of the 1980s, and even the current Kosova e Re proposal – scaled down to 600 MW from the original 2100 MW – has been around since 2009. It is being touted by the Kosovo government, the World Bank, USAID and the European Commission among others as the only realistic option to replace the ageing and heavily polluting Kosovo A power plant.

So imagine our surprise when at KOSID’s recent International Conference on Sustainable Energy Options for Kosovo none of the decision-makers present – including from the World Bank, KfW, USAID and the EBRD – was able to tell us the most basic information about the planned, highly controversial new plant.

Among the burning questions people continue to have about Kosova e Re – how much will electricity prices for households rise as a consequence of the project? Kosovo’s Minister of Economic Development, Fadil Ismajli, was not able to say, explaining that it depends on the production costs. How much are they? It is not yet known. What will be the plant’s efficiency level? Again, not known – the exact technology will be defined only in a later stage of the tender procedure.

Background, updates and more on the Kosova e Re power plant project

For a plant that has been planned for more than four years, astonishingly little seems to be known about it other than that a World Bank environmental and social impact assessment is inching forward, and that a ‘request for proposals’ might be launched next month in April to shortlisted bidders for the project. But why should we care? As we oppose the construction of a new lignite plant in Kosovo, shouldn’t we be glad to see that the project is going so slowly?

In fact, since the debate about Kosova e Re can not be separated from the wider question of securing a sustainable and affordable energy supply for Kosovo, we’re extremely concerned.

Institution after institution has been putting most of its eggs in one basket – the increasingly shaky ‘new lignite’ basket – and no one seems to have a Plan B. Even the project which more or less everyone agrees needs to be carried out – the rehabilitation of Kosovo B to bring it into line with the EU’s Industrial Emissions Directive – is not being given as high priority as the construction of an expensive new plant.

When we’ve warned that Kosovo needs a diversified and environmentally sustainable energy supply with massive efforts put into energy efficiency, we’re told that we’re being unrealistic – even though about 40 percent of Kosovo’s energy produced today goes unaccounted for through ‘technical and commercial losses’. But now who’s unrealistic? It’s 2014 already, and how is a 600 MW plant with unspecified technology and production costs going to be built by 2018, when the Kosovo government has committed to close the Kosova A plant? 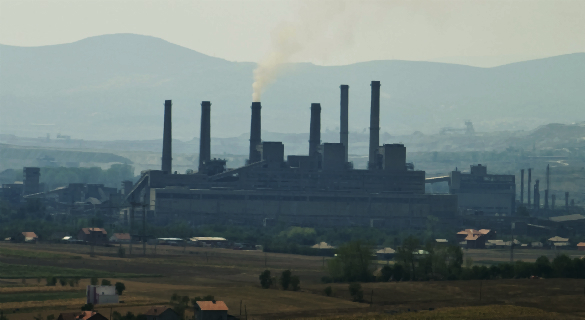 With unknown costs to households, and with electricity tariffs already a highly sensitive issue in Kosovo (as witnessed by lively protests last spring related to poor metering), it seems that the assumption that the project will go ahead is on shaky ground. Such considerations seem to represent a blind spot for those promoting Kosova e Re.

Developing a Plan B will require political will, resources and dedication, but there are more and more resources available to do this. A wind atlas of Kosovo has been developed and investors have put forward a range of viable wind projects. The prices of utility-scale solar are dropping rapidly, and increasing regional integration offers opportunities for greater grid flexibility and exchange of electricity with neighbouring countries like Albania.

If as much time and money is put into Plan B as has been put into the Kosova e Re lignite project, we firmly believe it can be done.