Home > Risky business – Who benefits from the Southern Gas Corridor

Will Europe’s largest ever public loans be entrusted to companies with a history of bribery, tax evasion and mafia connections?

or see the presentation below

The Southern Gas Corridor, meant to bring gas from Azerbaijan into Europe, is presented as a panacea for all ills. European public banks are considering unprecedented financial support for the string of pipelines.

But Europe’s flagship energy project is set to benefit a host of companies and individuals with a particularly shady track record.

Note: The ‘Risky business’ report has been amended to correct several errors that have been identified after publication.
Read a statement about those changes >>

Press release
Revealed: the EU’s flagship energy project is built by companies with a legacy of corruption 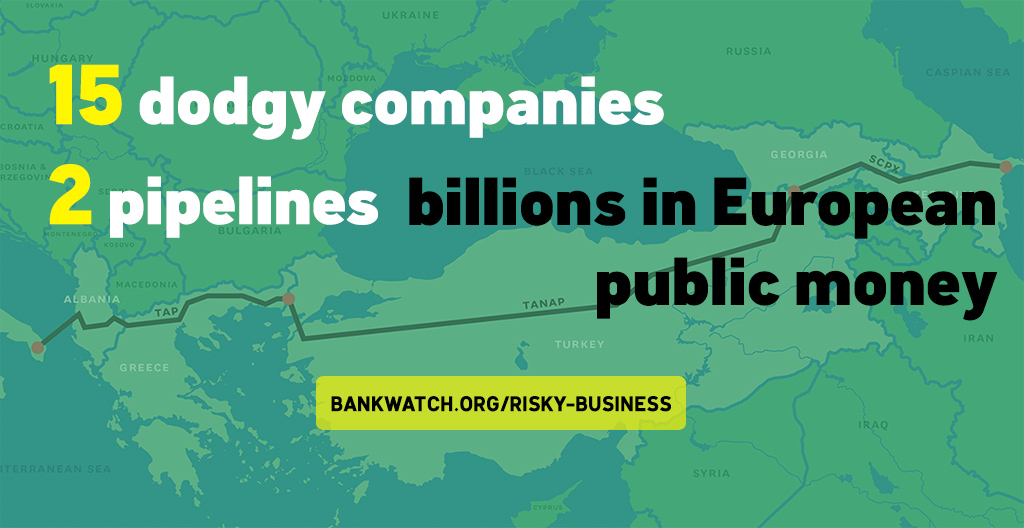 Three Greek companies involved in the building of the Trans Adriatic Pipeline (TAP) – Ellaktor (through the subsidiary Aktor), J&P Avax, and GEK Terna – are considered by the authorities to be part of a cartel which was operating in the construction sector for nearly 30 years. Firms in this group are alleged to have been taking turns in winning large public tenders and then dividing them among the group.

In 2015 Ellaktor’s CEO, Leonidas Bobolas, paid EUR 1.8 million in bailout after he had been arrested on suspicion of money laundering and tax evasion. Yet, Bobolas, whose name appeared in the so-called Lagarde List of potential tax evaders, still has a European Arrest Warrant against him, issued by the Cypriot authorities.

Aware of the issue, the European Commission has threatened to suspend structural funds from Greece until the country guarantees that no EU money will be wasted because of the cartel activities.

The report by Greece’s Competition Committee that exposed the alleged cartel also claimed that Siemens and Vinci – both got deals from TAP, the latter through its subsidiary Spiecapag – have taken part in manipulated tenders as part of the same cartel.

Siemens, who is to supply the TAP project with six gas turbine turbo compressor units, has a long history of corruption in Greece, primarily in a major scandal that has become to be known as “The black cash of Siemens” that allegedly involved bribery of state officials. The trial started in 2015 and is still ongoing. Siemens had also paid the Greek state EUR 330 million in August 2012 as part of an extra-judicial settlement around potential penalties against the company, and charges have been pressed against a number of individuals.

Three companies in a cartel in #Greece. Who else benefits from the #SouthernGasCorridor? 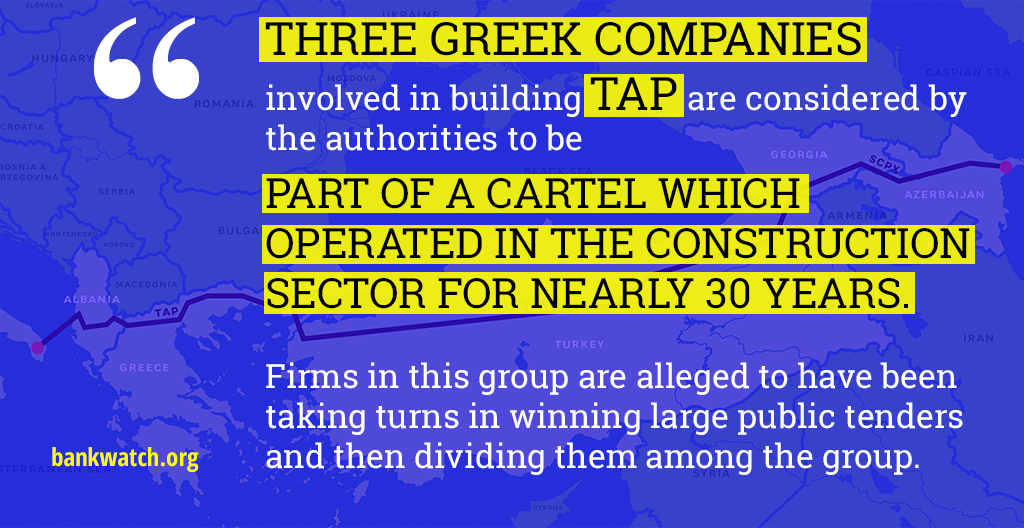 Saipem, a subsidiary of Italy’s largest energy company, is set to build the 105 kilometre long offshore section of the pipeline, between Albania and Italy. Yet, the company’s track record includes convictions for corruption in multiple cases in Italy and abroad, and it is currently facing corruption investigations in a number of other cases.

Turkey’s state owned energy firm Botas is the company responsible for the construction of the TANAP project, and all of the main subcontractors in the pipeline project have close ties to the ruling AK Party.

Botas has been implicated in at least two major corruption scandals, where bribery has played a central role in winning public tenders. Top executives in Botas and in some of its subcontractors for the TANAP project, as well as senior officials in the Ministry of Energy and Natural Resources, which partly controls Botas, have been convicted for corruption in these two scandals. The Turkish Supreme Court later overturned the rulings, clearing most of the defendants, but much of the evidence remains in the public domain.

#corruption scandals at Botas #Turkey & subsidiaries. Who else benefits from #TANAP pipeline? 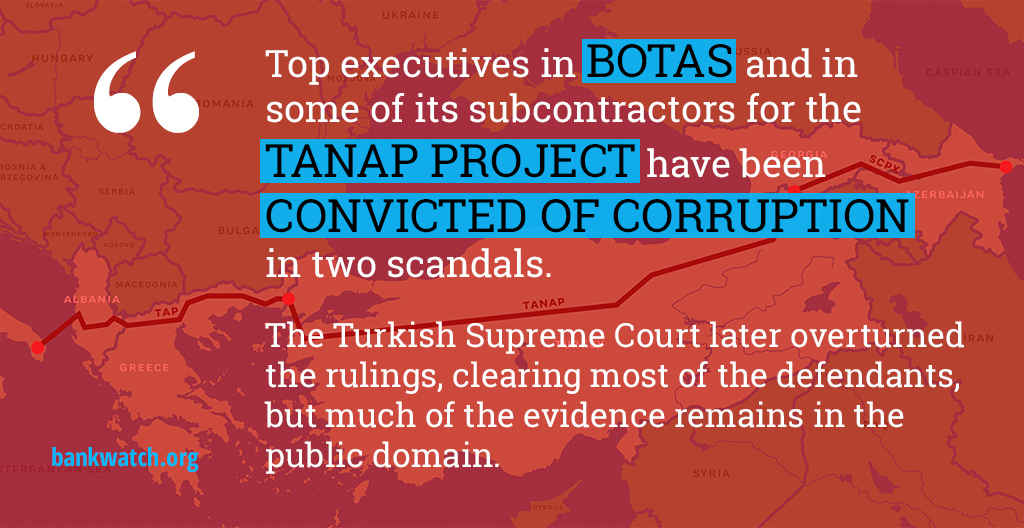