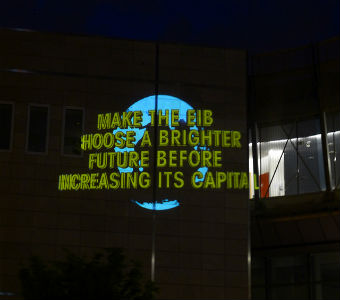 In practice, half of this amount will come in the form of loans from the European Investment Bank (EU member states, EIB’s shareholders recently decided to increase the bank’s capital by EUR 10 billion, which will allow it to increase its lending volume by up to EUR 60 billion in the coming years), while the other half is nothing more than a reallocation of so far unspent EU Structural Funds. This means that the only new financial commitment of the growth compact consists of the EUR 10 billion for the EIB’s capital increase.

This is the second time since the outburst of the crisis in 2008 that the EIB has been called in to boost the EU economy. Like in 2009 and 2010 when the EIB launched its first crisis package (between 2007 and 2010, EIB lending to SMEs more than doubled, from around EUR 5 billion initially to over EUR 12.8 billion in 2010), the bank now too states that providing access to capital for SMEs is a top priority. The EIB says it will dedicate one fourth of the 60 billion for SMEs, the engines of our economy and major job providers.

At present, though, it is unclear to what extent the EIB loans from four years back have indeed stimulated European economies. The EIB is totally dependent on commercial banks to direct the large EIB loans on to SMEs. But commercial banks across Europe, short on reserve ratios, stay reluctant to borrow money.

Additionally, the interest rate scandal in the UK has shown the problematic role of banks in providing capital to the real economy. It is those same banks that the EIB relies on to distribute its large loans further to SMEs (Notably Barclays, RBS and Lloyds received credit lines from the EIB meant for SMEs, but such banks and others fail to clearly inform the public on how the money has been distributed invoking commercial confidentiality).

When it comes to EIB moneys specifically, a Bankwatch research (pdf) based on the first crisis package of the EIB has shown that loans to SMEs were more beneficial to the commercial banks disbursing them than to the cash-strapped SMEs they were supposed to help. Banks were very slow in disbursing the EIB’s ‘global loans’, and had a very poor penetration rate of 0.001 percent of all SMEs in the central and eastern European countries that were surveyed.

Another problem inherent to EIB’s credit lines is their complete lack of transparency. A recent European Parliament report on the EIB’s lending to SMEs points out that while the European Commission is obliged to publish a list of the beneficiaries of EU Funds, currently nothing is known publicly about where – and for what – these EIB SME loans are going. This lack of transparency makes it impossible to thoroughly assess the impact of the loans or to strategically prioritise certain sectors.

And, since the first crisis package, no clear measures have been taken at the bank to ensure the money intended to benefit SMEs is allocated transparently and efficiently and indeed benefits these economic actors and not commercial banks primarily.

EU leaders decided to increase the EIB’s capital without demanding of it to set measurable objectives, be more transparent and guarantee that the benefit of the loans will indeed accrue to SMEs. This approach takes away a crucial incentive that could make the EIB want to improve its future performance; worryingly too, it could threaten the effectiveness of the European growth package.