As you’re gearing up for the festive season, spare a thought for the long-suffering folks in Pljevlja, Montenegro, and Zenica in Bosnia and Herzegovina, who are fighting against serious pollution of air soil, and water. 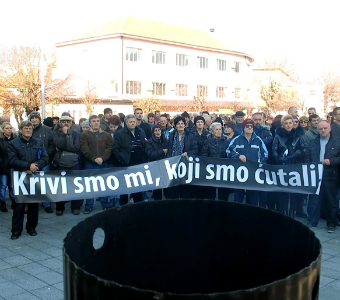 On Sunday 21 December parallel protests against air pollution took place in the northern Montenegrin town of Pljevlja and Zenica in central Bosnia and Herzegovina. Pljevlja suffers from a combination of an ageing lignite power plant, use of wood and lignite for heating in homes, an ash landfill and open-cast mine that blow dust around on dry days and an unfortunate location in a depression that prevents the pollution from being dispersed. Zenica suffers from hosting a steel mill run by ArcelorMittal, which in spite of a 2005 EUR 25 million EBRD loan that was supposed to reduce pollution, is still the town’s worst polluter. The facility is regularly subject to protests, especially in the winter when pollution is compounded by atmospheric conditions and use of coal and wood for heating. 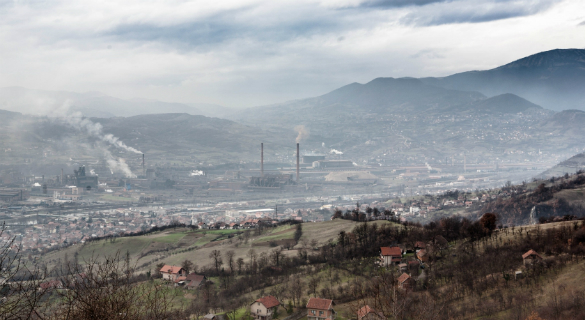 The facilities causing the pollution are different, but the situation in the two towns has some striking similarities. In both cases there has been years of ping-pong about where the blame for the pollution lies. Local and national authorities put the emphasis on domestic use of coal and wood or in the case of Zenica, also traffic, and largely ignore the – very visible – role of the towns’ main industrial facilities. At the Pljevlja protest this was wryly illustrated by a humble domestic wood-burner with a placard confessing “I admit it, it’s all my fault”. 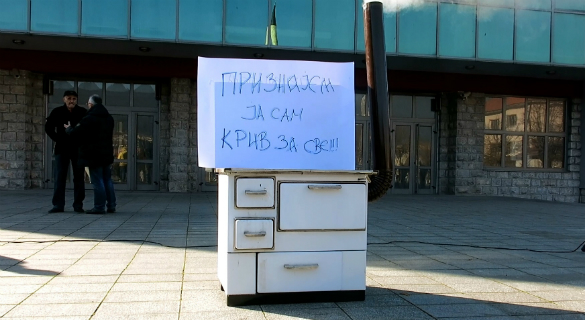 Online toolkit for coal campaigners in Turkey and the Balkans 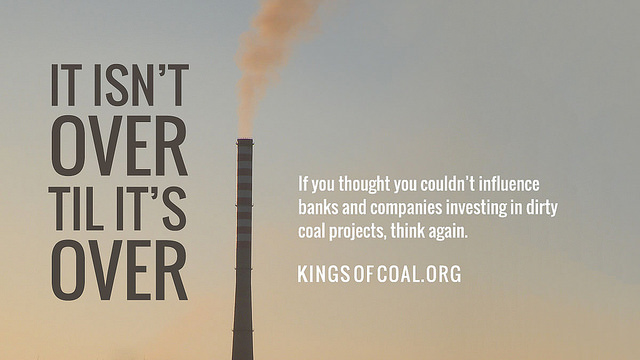 A multilingual website that explains how to contact the investors behind a project, which policies guide their decisions and how best to influence them.

Another similarity is that the protests’ demands are startlingly simple: implement the law. The legislation in the Federation of Bosnia and Herzegovina is not as strict as EU air quality legislation, but Zenica doesn’t even manage to comply with that. For SO2, the limit of 125 µg/m3 is not allowed to be exceeded for more than three days in a calendar year, but according to EkoForum Zenica, in the first half of 2014 this limit was exceeded no less than 131 times. On Sunday, therefore, the goal was to gather support for Eko-Forum to submit a lawsuit against those responsible for failing to ensure that the law is upheld and public health protected.

The worrying thing in Pljevlja is that instead of committing to spend money on bringing the existing lignite power plant into compliance with EU standards, the authorities in Montenegro are obsessed with building a second unit. This is sold to the local population as something that will improve the pollution situation, but the claim seems overstated, as the two plants are planned to run in parallel for several years, thus increasing the pollution rather than diminishing it. Another claim made in connection with the second unit is that district heating will also be installed which would reduce pollution from individual households, but as yet there is no evidence for this, and the same thing was said when the original plant was built in the late 1970s but never happened.

The situation in Pljevlja and Zenica has lasted for years, and many people have been ready to put up with the situation for far too long as either they or their relatives work at ArcelorMittal or the Pljevlja power plant complex and are afraid of the consequences of speaking out. But EkoForum’s readiness to submit a court complaint and a recent debate in the Montenegro parliament on the situation in Pljevlja show that the issue is moving to a higher level. It won’t be easy, but if the people of Pljevlja and Zenica stay strong and persistent, their future may look much brighter.