Home > Blog entry > As Croatia accedes to the EU, questions remain over whether EU billions can succeed for Croats

Croatia’s new Law on Strategic Investments does not bode well for the sustainable use of EU funds in Croatia now that the country has become an EU member state. 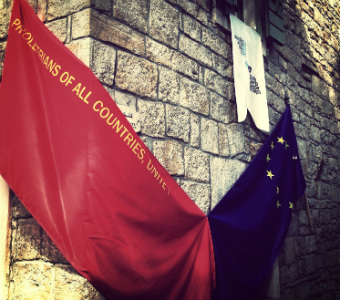 If there’s one thing we can be sure about Croatia’s accession to the European Union on July 1, it’s that the historic occasion will be greeted by rousing speeches and aspirational press releases issuing forth from both Zagreb and Brussels. Yet for the majority of Croats, this new dawn will be embraced much more coolly – opinion polls show that not much more than a third of the population is enthusiastic about joining the EU.

Is this mere ingratitude? After all, membership of the bloc will see substantial EU funding injections: EUR 655 million (1.5 percent of Croatian GDP) has been lined up for this year, with a further EUR 13.7 billion in the pipeline for the seven year period 2014-2020.

More likely, the prevailing scepticism can be explained by two things.

One, a recognition of the scale of the economic tailspin that Croatia has been in for the last five years (country-wide unemployment stands at around 20 percent, with more than half of young Croats jobless), a cycle that it shows little sign of escaping from, and; two, resignation that EU billions can be no panacea in a country where there is insufficient preparedness for absorbing the funds in a sustainable, genuinely transformative way. Indeed, on the latter point, there are valid fears that the new investment monies will go the way of so much previous international assistance to Croatia – into a black hole.

The legislative environment as it relates to future investment projects in Croatia does not look promising in this regard. Bear in mind we do not have a comprehensive national development strategy in place, a blueprint for developing in an efficient, effective way via the prioritisation of key targets and goals – ideally goals that would be imbued with respect for the country’s environment instead of simply ‘X more roads’.

What we do have, as we stumble across the EU finishing line, is the new Law on Strategic Investments, recently approved by the government and expected to be shortly passed by the national parliament. This law appears solely designed to appease large investors and their long list of – potentially – white elephant projects.

Specifically, the new law will give preference to investments over 150 million kunas (the equivalent of EUR 20 million) under the patronage and approval of an advisory governmental body. The background to this is that for some time now many major ‘strategic investors’ have been turned off as soon as they got a whiff of the number of procedures and estimated approval times that Croatian bureaucracy has insisted on. Under the new law, approval times for large projects will be significantly speeded up.

Startlingly, the original draft of the new law insisted that environmental impact assessments would not be necessary for large projects if the relevant national authorities did not respond within 10 days of being approached – fortunately the European Commission threw out this approach to environmental safeguarding at the consultation stage. Nonetheless, such assessments will be fast-tracked under the new law.

What we’re seeing, then, is the wrong solution – some critics believe it can only further fuel corrupt practices – to an unarguable long-term problem: foot-dragging and endless paperwork related to investment decisions should instead have been tackled by systemic reforms to administration and through capacity building for officials so as to speed up permission processes in a regular, though still rigorous, way.

This new investment landscape will have a bearing on EU sponsored projects, though the threshold for prioritising these is reduced to EUR 10 million. However, the new regime clearly disadvantages smaller scale projects – under either the EUR 20 million national threshold or the EUR 10 million EU threshold. Their implementation will continue to be bogged down in the sourcing of endless documentation, while ‘big’ projects – with potentially much greater ecological and social footprints – enjoy a far easier ride.

Currently, for example, installing just a few basic photovoltaic appliances requires more than 30 different permits. Equally, a small municipality that intends to introduce a sustainable waste management system involving reuse and recycling – usually no more than EUR 5 million – would be stuck in the procedural loopholes of Croatian administration, while a larger municipality, perhaps wanting to take forward a large, unsustainable waste incinerator would be much less detained.

This is the nub of the problem. Relatively small-scale, community driven projects, aiming to tap the EU funds in order to boost jobs, cut fuel bills and do their bit for the EU’s fight against climate change, look set to be distinctly disadvantaged.

These kind of anomalies will hopefully be addressed during the upcoming public debate in Croatia over the selection of priority investments to be funded by EU money. How we will spend our new EU money is to be finally set in stone, according to the official timetable, by the end of November. Crucial in this regard will be the details of the partnership agreement required by the European Commission for the oversight of Croatia’s EU funds: will the Croatian public, local communities and NGOs be granted a voice around the decision-making table?

What is sure is that, having taken ten years to arrive at this point of EU entry, Croatia now cannot afford to squander its new EU billions on pointless, environmentally dubious investments when the country urgently needs – above all – job creation. Localised, green investments can and should play a big role in boosting new sustainable forms of employment.