With the European Parliament’s ratification of the expansion of EBRD operations to north Africa the question arises again: Is the bank fit for this purpose? The Parliament’s answer sounds like a resounding ‘maybe’. 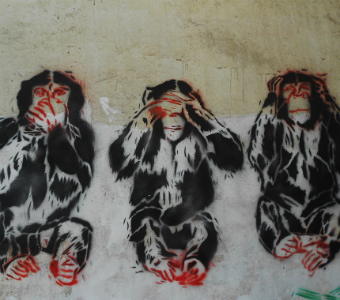 The European Parliament (EP) yesterday ratified the extensions of the European Bank for Reconstruction and Development’s operations to the southern and eastern Mediterranean – a move that Bankwatch and others have questioned for a number of reasons (see also here and here).

A statement by EP president Martin Schulz on the occasion is worth commenting:

“The European Bank for Reconstruction and Development, with its strong record and expertise, has a key role to play in matching investment projects with governments’ priorities.”
(emphasis added)

The highlighted bit touches upon a fundamental question: Is the EBRD a market- and client-driven bank or rather an institution for change that uses banking as its means to achieve that change?

Schulz’s statement certainly suggests the latter, and it should because it is at the heart of any justification for expanding the EBRD’s mandate to the southern and eastern Mediterranean in order “to support democratic reform […] and to respond to the aspirations for freedom […] and empowerment, particularly for women and youth” (G8 Summit of Deauville declaration).

However, the discrepancy between this claim and the EBRD’s factual activities is what Bankwatch has been highlighting repeatedly. Rather than identifying sectors where EU priorities call for a specific approach, we have seen the EBRD opting for what the market would opt for anyway, for instance:

In addition, there is the EBRD’s problematic cooperation with undemocratic regimes and the doubts over its lending to corrupted companies.

In light of this, it will be important to make sure that also the demands that the European Parliament attached to its ratification will be implemented:

“The representatives of the Union in the governing bodies of the EBRD should encourage the EBRD to foster the transition of the Southern and Eastern Mediterranean towards energy-efficient market economies by means of a feasibility study on the phasing out of fossil fuel lending, including lending for coal mining and related energy production and the transfer of renewable energy and energy-efficient technologies.“ (emphasis added)

“In carrying out its activities in the Southern and Eastern Mediterranean region, the EBRD should be encouraged to increase coherence with Union policies. (original emphases)

“Before the EBRD approves, and engages in, a potential new country of operation, it should be required to make a detailed technical assessment of the economic and political conditions existing in the country concerned, including possible transition gaps in that country’s commitment to the principles of multi-party democracy, pluralism and market economics […] The representatives of the Union in the governing bodies of the EBRD should encourage the EBRD to make the preparation of its technical assessments transparent and publicly available and to take full account of the views of the Union and relevant national and international stakeholders.” (emphasis added)

“With respect of the approval of potential recipient or recipient country status of the countries of the Southern and Eastern Mediterranean, the Commission shall carry out an inter-service consultation and shall consult civil society in an appropriate manner prior to the Board of Governors’ vote on country compliance with EBRD conditions […].” (emphasis added)