Home > Blog entry > Bosnia-Herzegovina: Illegal lignite mine expansion at Gacko must be halted

An environmental impact assessment process is currently ongoing to expand the open-cast lignite mine at Gacko in Bosnia-Herzegovina. But the mine expansion started long ago. 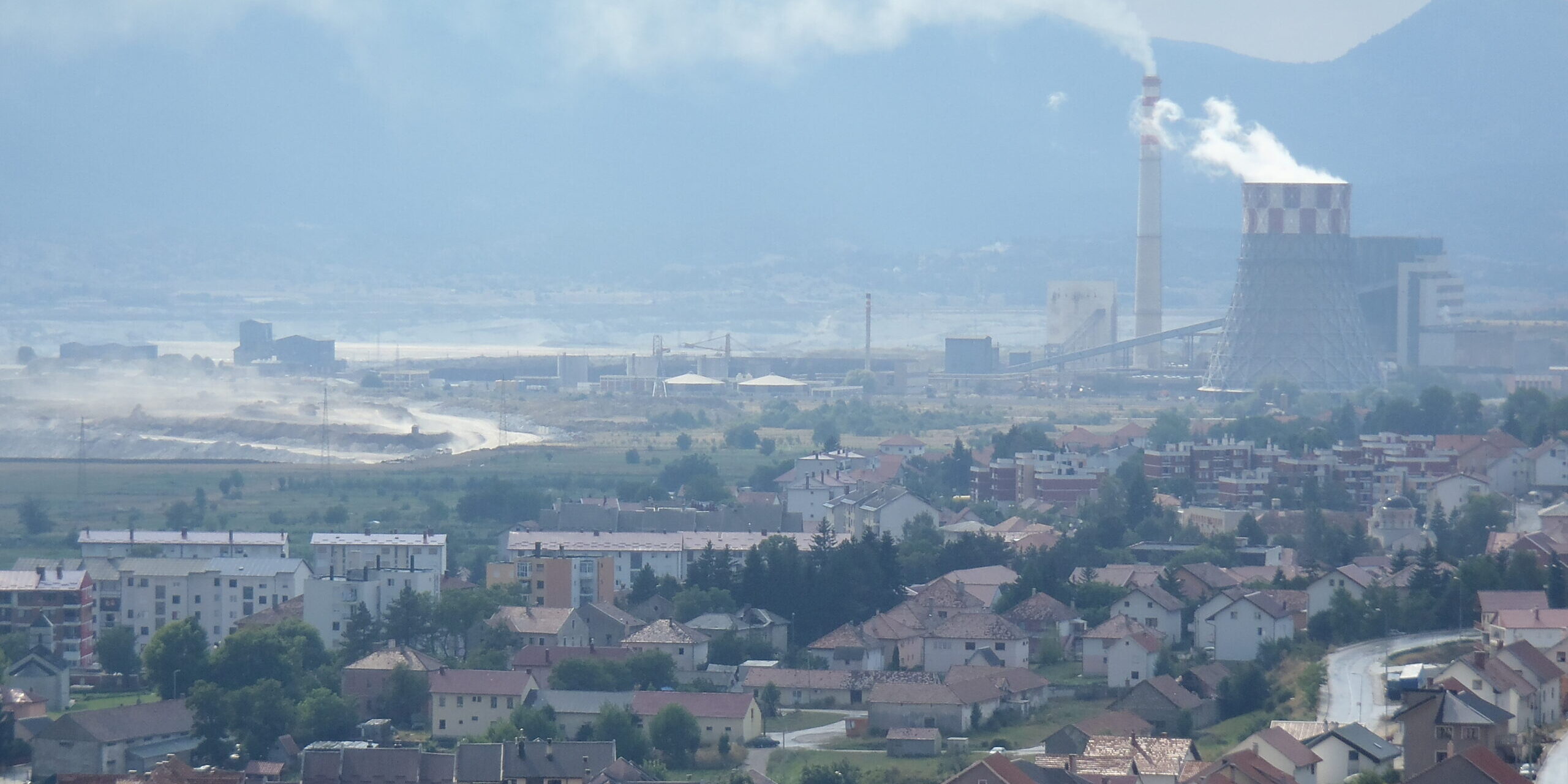 The town of Gacko is dominated by its lignite power plant and open-cast mine, which sprawls messily for kilometres across the landscape. But even further expansion is now planned, by opening up the so-called Central Field, which would bring the mine even closer to the town.

Lignite is well-known for the air pollution belching from power plants – indeed a Bankwatch report launched earlier this week showed that Gacko – run by Elektroprivreda Republike Srpske (ERS) – is one of the Western Balkans’ worst offenders when it comes to dust pollution. But what many people are not aware of is that open-cast lignite mining adds to this, with dust, noise, vibrations and water pollution.

An environmental impact assessment process for the opening of the Central Field is ongoing, with a public hearing held this week, which should be assessing whether the impacts of the planned expansion are acceptable, and if so, how to keep them to a minimum.

There’s just one catch: Works on the Central Field have already been ongoing for quite a while.

The environmental impact assessment study itself admits that several kilometres of the River Mušnica have already been rerouted, and satellite images show that considerable parts of the mine have already started excavations.

Pulling the central bar to the right shows the situation as it was in 2014, with the planned Central Field in the centre of the picture, with a red border, and the River Mušnica flowing through it. Pulling the bar to the left shows the situation in 2018, with a long stretch of the River Mušnica redirected and excavations having taken place across at least one third of the Central Field.

This completely defeats the point of an environmental impact assessment and the works undertaken so far on the Central Field appear to be completely illegal, considering that no permits have been issued.

There is now no way to understand the baseline situation before the expansion in order to carry out an assessment of the likely impacts on the environment, nor is any public consultation meaningful when significant damage has been done already.

The works need to be stopped immediately, and ERS and its subsidiary RiTE Gacko deserve a hefty fine. They also need to restore the environment to its prior state, as far as possible. Treating environmental assessments as a formality is a problem across the Western Balkans, but doing one after works have begun really takes the biscuit.

For more information, see the Center for Environment’s website: https://czzs.org/the-mine-and-thermal-powerplant-gacko-are-digging-for-coal-without-a-valid-permit/?lang=en