The Czech Republic’s EU funds’ documents tick all the formal boxes, but the carbon intensity of its economy will most likely not change much. 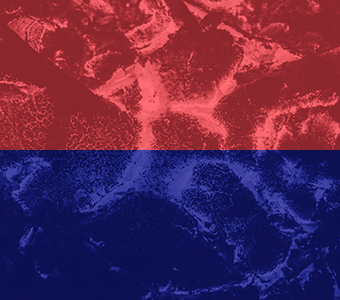 A new Bankwatch study, launched this week, looks at how nine central and eastern European countries are set to spend billions of EU funds until 2020 that are meant to transform the carbon-intensive, inefficient energy systems of their countries.

On our blog today, Czech campaigner Ondrej Pasek comments on his findings from the Czech Republic. Stay tuned for other countries following this and next week.

The Czech Republic has the fourth highest per capita greenhouse gas emissions in the European Union and exports 20% of its mostly coal produced electricity. The country is a perfect example to illustrate the findings of Bankwatch’s new report “Climate’s enfants terribles”, namely that EU funding in new Member States fails to systematically address one of the main challenges of our time – climate change.

The Czech Republic’s official documents and EU funds’ spending plans include references to common EU objectives, including those related to climate change. Its EU funds budget fulfils EU requirements, procedures were followed. And still, the carbon intensity of our economy will most likely not change much.

Take renewable energy as an example, a sector which is going through rapid developments in neighbouring countries and offers enormous potential for innovation and cost decreases. But this potential is completely undermined in the total allocation for EU funds in the Czech Republic: out of a total EUR 22 billion only EUR 52 million, or less than half a per cent, is allocated to renewable energy sources.

Interestingly, the country’s National Renewable Energy Action Plan [1] includes an estimation of installed capacity expected from each renewable energy technology in the Czech Republic to meet the EU’s binding 2020 target of a 13% renewable energy share. In the EU funds allocations, however, supply of wind and solar generated electricity is not at all included. 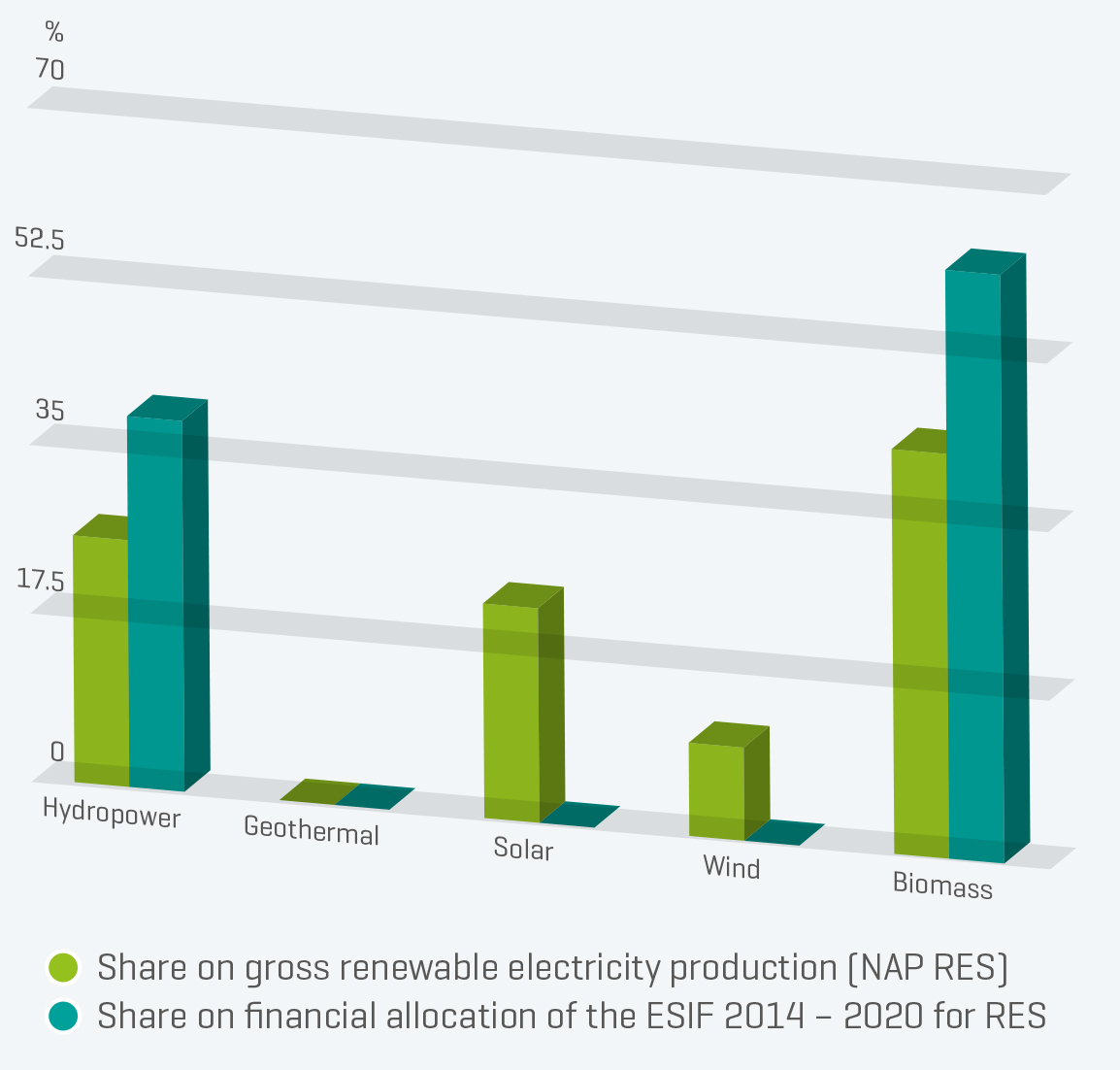 On a positive note, energy efficiency receives almost 2 billion Euro, an unprecedented level of support. Yet, current estimates of the Ministry of Industry and Trade, which produced the graph below, say this will not suffice to bring about the amount of energy savings that our economy desperately needs.

Graph: Calculation of annual savings contributing to the overall target and the deficit of savings due to the late start of the Operational Programmes.

Not only has the disbursement of funds started late, but the requirements the beneficiaries need to comply with are not leading them to fully use their efficiency potentials. Nor is it ensured that subsidies for private enterprises will create additional savings, going beyond the measures these companies would realise anyway.

The dissonance between declared objectives and the reality of low-carbon measures is however best shown in the area of air-pollution prevention. One of the principles for EU funding is to support low-carbon transition in all of the areas of interventions, not only in those directly financed under this objective. In reality, in the Czech Republic as well as in some regions in Poland, households are incentivised to buy new sources of energy using the most carbon intensive fuel of all – coal. And the incentive is not a mild one – 70% or more of the cost of the coal boiler is covered by the subsidy.

While the Czech government is careful to comply with all formal rules, the European Commission as well as the net contributors to the EU budget should look carefully at the real results and systemic changes in the countries and sectors they effectively finance.

According to a scenario outlined in the Czech National Energy Policy, the energy consumption will not decrease over the next twenty years and CO2 emissions in 2040 will still be at 50% of the 1990 level despite the country’s spending plans for EU funds. In that case, EU funds will have failed to facilitate a low-carbon transition. No amount of funding for energy efficiency will undo that.