The complaints office at the European Bank for Reconstruction and Development has agreed to investigate a complaint from Bankwatch that a railway project in Georgia has not been properly assessed. Georgian Bankwatcher Dato Chipashvili thinks the case should be a lesson for the EBRD to make sure that from the start local people have their say in how projects are done. 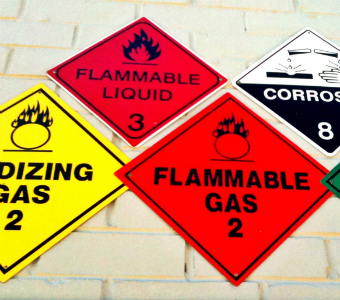 The Georgian Railway Company wants to construct a new railway section to avoid transporting hazardous freight through the middle of the city. These are worthwhile objectives, and so the European Bank for Reconstruction and Development (EBRD) approved a loan of EUR 100 million, or roughly one third of the costs, for the Tbilisi Railway Bypass Project.

What the EBRD didn’t take note of though was that implementation the project as planned by the Georgian Railway Company poses several threats to the well-being and safety of Tbilisi residents that could undermine the entire project before it gets started.

The planned railway will pass properties in the Avchala community as close as 30 to 150 metres away. Because of the hazardous freight and its smell, and the vibrations and noise associated with its transport, the living conditions in the area will deteriorate and will devalue the local properties, the price of which has already decreased more than three times since the announcement of the project.

To stop this from happening, Bankwatch member group in Georgia Green Alternative filed three complaints [1] to the EBRD arguing that the Social and Environmental Impact Assessment (ESIA) was incomplete and did not offer appropriate solutions for the community.

Last week the EBRD’s Project Complaints office agreed to investigate all the concerns raised by Green Alternative. While this first procedural hoop – the so-called eligibility assessment – is not intended to make any judgement about the complaint itself, we see this as an encouraging sign that the social and legal consequences of the project that we’ve documented will be rectified.

There are three main points in our complaint, all of which the EBRD’s complaint officer will further investigate:

The project assessment proposed only formal alternatives that would never have been feasible. An alternative route that the Avchala community suggested was immediately dismissed without proper analysis.

The affected locals were uninformed of the existing alternatives and had not been invited to all relevant meetings. They were given the absurd justification: “Since no decision on the final routing had been made at that stage, it was decided not to contact them and avoid disturbing them”. [2]

By failing to submit progress reports on environmental issues to the Georgian authorities, the Georgian Railway Company not only broke the law but also effectively prohibited NGOs from monitoring the project and its social and environmental impacts.

In a letter to Bankwatch, the Project Complaints office committed to addressing not only the social issues we raised but also all environmental issues surrounding the project: the impacts on air quality, the Tbilisi water reservoir, protected areas, waste management and so on. According to the office, both procedures will be initiated in September this year.

The Avchala community and Green Alternative welcome the decision of the EBRD. Certainly, while it obviously would have been better to just properly asses the project in the first place, we’re hopeful that the EBRD, in this thirteenth hour, will try to remedy some of the serious deficiencies beleaguering this project.

UPDATE 22 August 2011: This article was amended to clarify the position of the EBRD Project Complaint office with respect to Bankwatch’s complaint.