Recent hydropower projects in Albania exemplify the need for more climate-resilient energy sources than water. After a summer marked by drought, also the European Bank for Reconstruction and Development found flaws in the projects in helped finance. 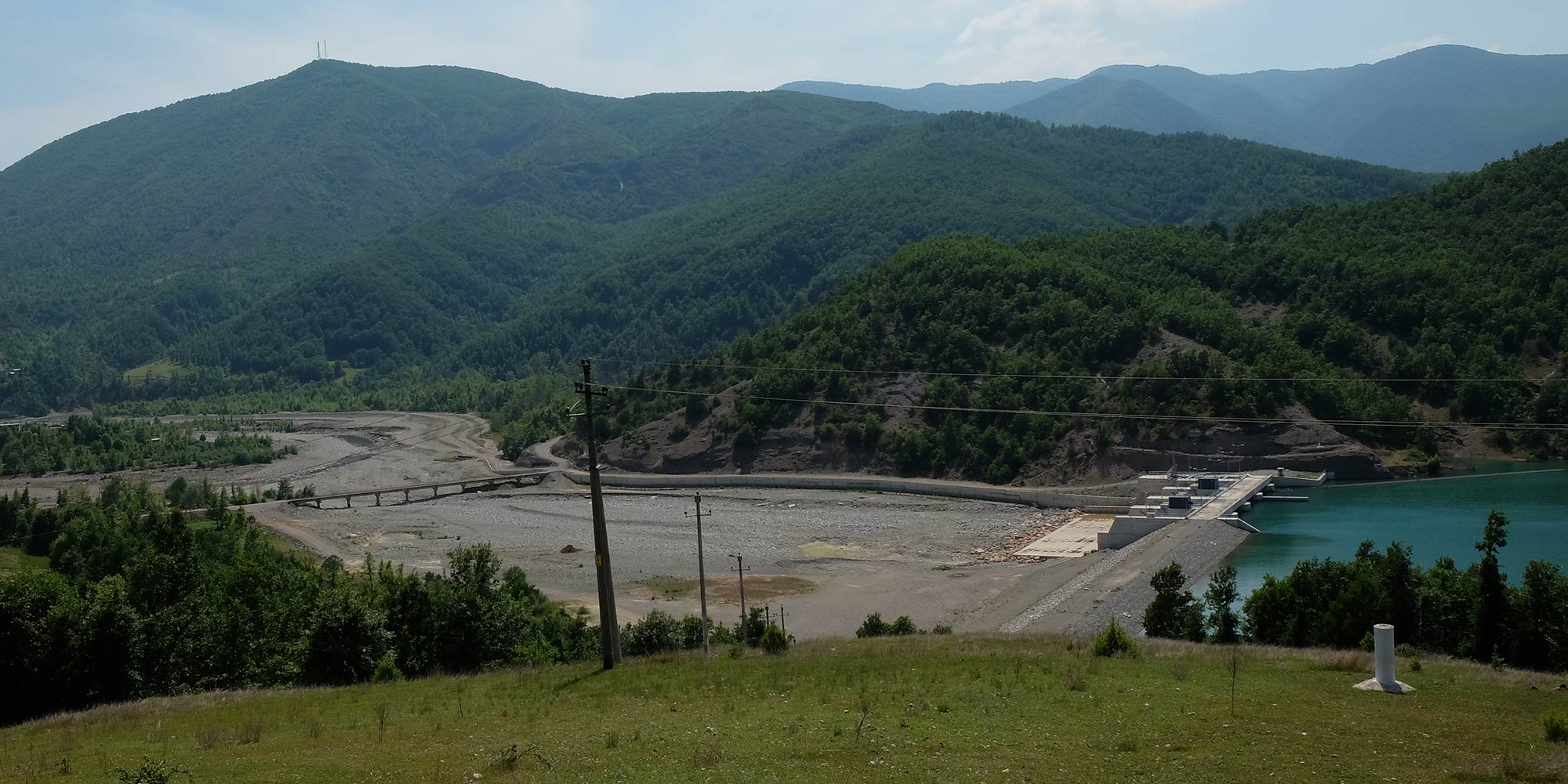 The Rapuni 3-4 dam in Albania is drying up 4.5 km of the downstream riverbed.

It’s been a hot summer all over the Balkans. A heatwave called Lucifer struck Albania, drying up its river and causing numerous forest fires. Since Albania relies 90% on hydropower for its electricity, the drought resulted in a significant drop in production, forcing Albania to import 80 percent of it electricity. This is a stark warning to financiers and investors involved in the current hydropower frenzy that climate change is not only real but that it increases the risks of investments in climate sensitive hydropower.

It’s been a hot summer for the staff of the European Bank for Reconstruction and Development (EBRD) too. The EBRD commissioned teams to verify the findings from a Bankwatch fact-finding mission from June this year. During our mission we uncovered the destruction left behind by the Rapuni and Ternove hydropower plants that are financed by the bank. The EBRD’s own findings confirm many of our observations as the bank told us in our ongoing email communication. [1]

In a nutshell for the Rapuni 1 & 2 plants close to the eastern city of Librazhd, the EBRD confirms that the lack of water in the Quarishte and Rapuni river beds is causing among other impacts a lack of water for a cornflower mill that 200 people are using.

The EBRD also criticises the connected Rapuni 3 & 4 hydropower plant, saying that the construction “without an environmental flow and without a fish pass is unacceptable and shows a deficit of control by the Albanian authorities”.

The Rapuni 3 & 4 dam, owned by the Albanian Orthodox Church, is connected with Rapuni 1 & 2 projects with a water tunnel, but it is not directly financed by the EBRD.

The Orthodox Church declined to talk with Bankwatch and our partner Eco Albania about the environmental catastrophe their their dam has caused, even after repeated attempts to draw their attention to the problem.

Based on its own findings, the EBRD admitted to the need for revegetation of the area.

The bank, however, downplayed Bankwatch’s finding that the glacial lakes in the area are affected by the sediment inflow – calling the impact ‘limited’ – a judgement that is difficult to understand seeing the channels full of brown water that transport water from the other lakes to the lake Liqeni i Zi. With the water transported to Liqeni i Zi visibly containing large amounts of earth, the Bank must ensure that its own recommendation to install sediment traps will be implemented.

The villagers that we met back in June reported a serious lack of communication with the company. The extremely hot summer, they told us now, caused severe problems with irrigation in August.

To our great surprise, a lack of a grievance mechanism was one of the EBRD’s findings. The villagers were not able to direct their complaints to the company. And the main complaint is everywhere the same: lack of water for irrigation. Since the same system of lakes is used for the hydropower plant, the farmers suspect that the lack of water in summer months has to do with the hydropower plant. The frustration was so great that it escalated into physical conflict a few years ago. Had the company established a contact point and a grievance mechanism for locals, these issues may have been prevented.

Since the monitoring reports and environmental and social action plans have not been made public, neither Bankwatch nor the Albanian public can find out what really happened.

Too little too late

What comes as a great surprise for me is how these problems haven’t been identified during previous monitoring missions of the EBRD. Or, if they have been identified, why nothing was done. Since the monitoring reports and environmental and social action plans have not been made public, neither Bankwatch nor the Albanian public can find out what really happened.

If the EBRD insisted on greater transparency, the company would have to be more accountable and to resolve the outstanding issues. But more than that, providing access to monitoring data can be beneficial to all stakeholders. If the EBRD went a step further and required from its clients to release open data about key environmental indicators (like residual water flow in case of a hydropower plant), public oversight could act as a controlling mechanism and save money and time by identifying problems early enough.

But just looking at the damage done by this year’s drought and the destruction unleashed by the hydropower plants built so far, I am more and more certain that a change in policies will not be enough. A shift in investment priorities is needed. The EBRD should prioritise solar and wind to be able to reach its renewable investment targets. Investors need a signal from big players such as the EBRD to choose other, more climate-resilient power sources. So that Albania’s people do not spend another summer with their rivers dried up while fire is destroying their forests.

The EBRD’s recently signed Memorandum of Understanding with the Albanian Ministry of Energy and Industry is only one step in the right direction to stimulate sound investments in solar power generation.

1. The lack of transparency has been a major obstacle in addressing grievances of locals so far. Considering the severe problems that the plants have caused and the shortcomings in dealing with them, we decided to publish the EBRD’s email exchange with us.