As new mines mushroom in Borsod-Abaúj-Zemplén (BAZ) county, Hungary, air pollution picks up the pace, our independent air monitoring shows. Authorities need to help people move towards cleaner heating systems and put an end to coal mining in the region. 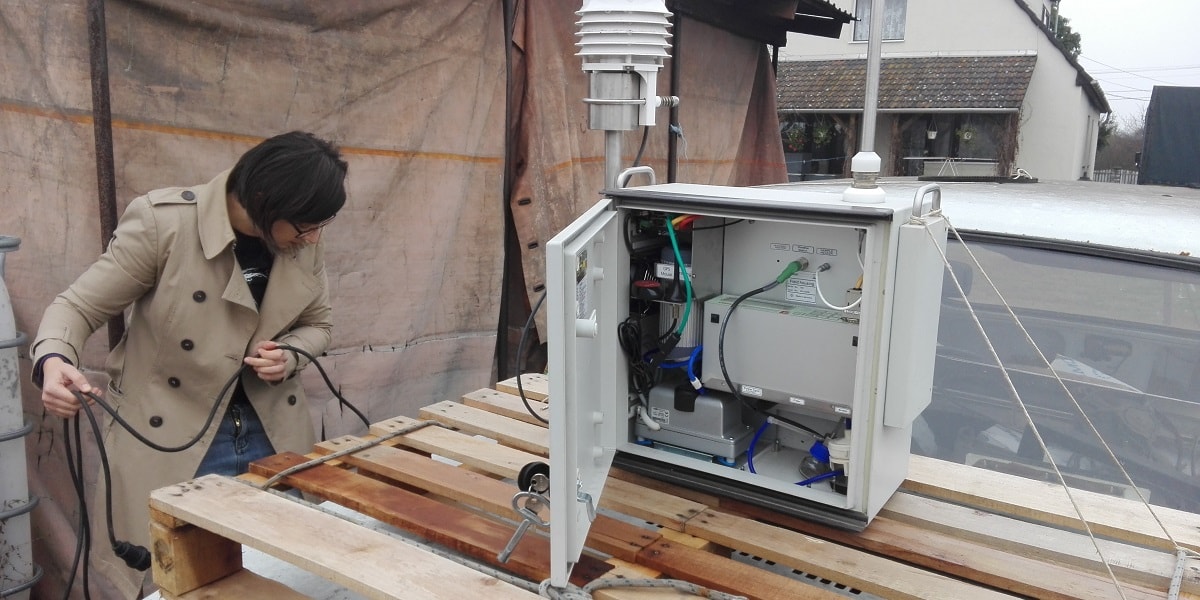 Unlike Romania or Bulgaria, Hungary has not been referred to the EU Court of Justice for failing to implement the air quality legislation. But a quick visit to BAZ county – Hungary’s coal heartland – suggests the air pollution problem persists just as well in Hungary.

Sajókápolna is a small village in the centre of BAZ county in north-eastern Hungary. The entire region has a long tradition of coal mining, with dozens of underground and open-cast coal mines operating throughout the last two centuries. Coal is also one of the main energy sources for household heating in smaller settlements, which inevitably results in deteriorating air quality.

We monitored the air quality in Sajókápolna over a 28-day period. During the observed time, the EU 24-hour average limit of 50 micrograms/m3 for coarse particles (PM10) was exceeded on 5 days. It may not sound like much, but the EU Directive on Ambient Air Quality actually allows only 35 exceedances in a year. With additional mines in the pipeline, the air quality will most certainly worsen. 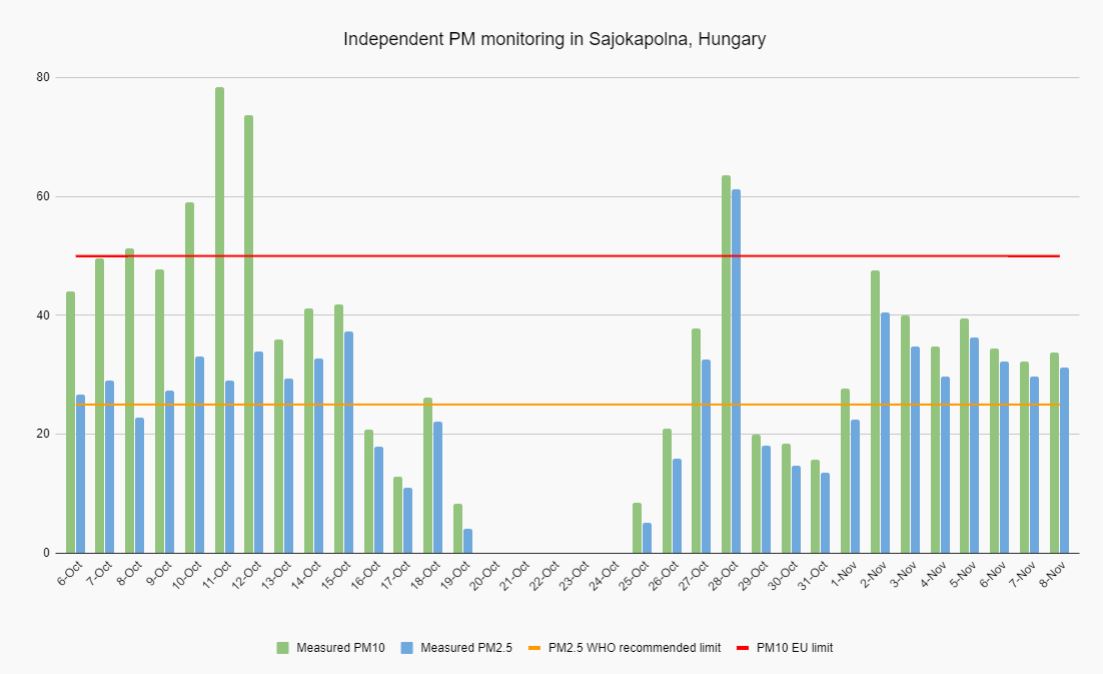 The high percentage of fine particles (PM2.5) indicates that the biggest contributors to air quality deterioration in the village are local households that heat their houses with coal (which is provided at a low price). In fact, the sole consumer of Sajókápolna coal is local communities.

Even in a remote village surrounded by forests, the level of air pollution is not in line with the EU and WHO recommendations.

With the official shift in EU policies towards clean and renewable energy, there were hopes that the region would slowly move away from coal, but plans to open new coal mines keep resurfacing.

Sajókápolna is no exception, with its latest open-cast lignite mine just a hundred meters away from residents’ houses. The close vicinity of the new mine provides villagers with easy and cheap access to coal. At the same time, it doubles local people’s exposure to polluting particles and dust: not only do they burn coal in their inefficient boilers, but they also breath in coal particles produced during coal excavation and transportation. What is even more troubling – two more mines are planned nearby.

With our own particulate matter (PM) measuring device, we aim to provide independent data on air quality in a few selected sites in the Balkans.

For every citizen to have access to clean air, the whole energy sector of the country must be considered. Individual household heating practices should be included in the energy transformation of the country, as they constitute an important part of the decarbonisation process.

This is addressed in the BAZ County Climate Strategy. The fact that burning cheap lignite for household heating damages air quality and seriously contributes to greenhouse gas emissions is generally acknowledged, but not acted upon. So far, the local government has been persistently ignoring the issue. No wonder air pollution levels in the region regularly exceed the EU’s daily and annual limits.