With today’s approval of the watered down proposals to reform EU Structural Funds in the European Parliament’s committee for regional development (see our press release), EU decision makers have taken a step away from ambitious environmental spending in the future Cohesion Policy. At the same time also national level allocation of the 2014-2020 funds is starting to take shape. But efforts to get the funds working sustainably for, and on behalf of, needy local communities are being thwarted in Slovakia – for a range of all too familiar reasons. 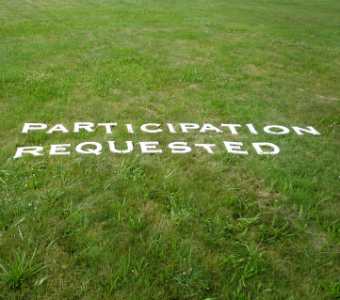 From 2014 Slovakia has the opportunity to use a new tool that would enable decisions related to EU funds deployment to be made more directly by communities and citizens. The European Commission has decided to enable the decentralisation of the post-2014 funds within the new Cohesion Policy so that local stakeholders can actively take part in its implementation, and ideally reap more meaningful benefits from the EU budget.

For this, the so-called Community Led Local Development (CLLD) tool has been introduced. Yet, with less than half a year to go until the new spending period begins, it appears that Slovakia is intent on passing up the chance to make the EU funds more democratic.

Slovak ministries simply do not trust the ability of municipalities and regional authorities to implement the EU funds efficiently and on time.

The Commission has based its initiative on the relatively positive outcomes that have resulted from the LEADER tool in the current spending period – LEADER introduced ‘bottom-up’ decision making in rural development funding as part of the Common Agricultural Policy. The approach has involved Local Action Groups (LAGs), composed of local municipalities, entrepreneurs, NGOs and active citizens, that contributed to the implementation of a small portion of the policy budget – in the 2007-2013 period, LEADER accounted for 3.13 percent of the Rural Development Programme budget, or EUR 79 million).

Relatively small beans so far, therefore, but the aspiration is that CLLD would become the successor of LEADER and kick on from it by being available to all operational programmes within the 2014-2020 programming period. Countries that opt to use this tool will permit more people to get involved in EU funds’ implementation as well as in the longer-term development planning of the regions in which they live.

Given the evidence to date, however, Slovakia has certain reservations about implementing CLLD – for various reasons.

First off, the Slovak ministries – responsible now for taking forward their respective operational programmes – have next to no awareness about the CLLD tool. And, of course, resistance tends to be at its greatest when it comes to unknown things. Moreover, faced with the pressure of getting EU money spent as quickly as possible, ministries retreat to their comfort zone – which means opting for proven methods of decision-making and ‘known’ types of projects.

A further problem is the reluctance of national ministries to delegate control over the EU funds to lower governance levels, let alone to bodies (such as the public) that exist totally outside of their institutional structure. Slovak ministries simply do not trust the ability of municipalities and regional authorities to implement the EU funds efficiently and on time.

Of course, there has been an array of cases where the involvement of regional authorities in policy implementation has been decidedly mixed, to say the least. Yet, more fundamentally, Slovakia has not come up with any tools or mechanisms for cross-sector planning, decision-making and managing of public funds.

Rigid departmentalism and lack of coordination are one of the reasons why public policies in Slovakia perform so badly when it comes to the achievement of objectives. A mechanism is lacking which would enable the ministries to interconnect parts of the operational programmes they manage, and to monitor and manage the use of CLLD together. This problem is significant as many strategic priorities for Slovakia are cross-sectoral in nature and the strict sectoral approach hinders their effective implementation.

A good example of this is climate adaptation with anti-flood measures which, in the case of ecosystem-based solutions, require the cooperation of the Ministry of Environment and its organisations that deal with water, biodiversity or climate, the Ministry of Interior Affairs that deals with the adaptation agenda, and the Ministry of Agriculture and Rural Development that has responsibility for agriculture, soil management and forestry. In this area, if coordination is lacking – and unfortunately it is – simple fast-track solutions with questionable adaptation effects, such as dam building, will be preferred.

The European Commission is also contributing to this frustrating scenario by sending out contradictory signals.

On the one hand, the Commission is set on introducing mechanisms such as CLLD that – at least in the Slovak context – are new and will not be implementable without an introductory pilot phase. While on the other hand, the Commission is also introducing conditions into the 2014-2020 budgetary period that will compel the member states to draw funds as fast as possible. The ‘performance reserve’ motivates states to ‘efficiently’ fulfil their obligations – if set spending milestones are met on time, member states receive a bit of extra funding.

What we are seeing as a result of this, then, is that the introduction of innovative forms of policy implementation are being thwarted, especially in areas where no effective regional policy exists, and where there is the most acute need for new tools such as the CLLD, global grants or other innovative approaches – e.g. for local economies, a decentralised energy economy, and support for new models of public services provision.

In all likelihood, therefore, in the new programming period, centralised ‘top-down’ decision-making will remain dominant – and the potential for local initiatives and regional development led directly by local stakeholders will be squeezed.

CLLD, the new tool which could complement LEADER, is enjoying significant attention in regions, though not exactly for the best reasons.

The potential to gain control over additional resources for regional development is igniting conflicts between local and regional authorities. The Association of Towns and Municipalities of Slovakia (ZMOS) strongly opposes the idea of regional authorities implementing the CLLD package. And as long as the regional stakeholders remain fragmented, the willingness of ministries to devolve decision-making power will be even smaller.

There is, too, a further issue at the devolved level: muddled understanding of the essence of bottom-up tools for funds implementation.

Experience from the current programming period shows that LEADER is being used as little more than an additional pot of money for filling the gaps in municipal budgets. Moreover, the new ‘integrated’ regional operational programme is being prepared with this in mind. It lacks any clear strategy, and so is likely to end up as a source of financing for a litany of disparate sectors such as roads, schools, health, social services, culture, tourism and waste – that is, a small chunk of money spread very thinly over many activities. The contribution of such a programme to goals that Slovakia has set, or to goals that have to be met as per EU level commitments, will be very hard to prove.

Questionable, too, is the actual contribution of LEADER to regional development – in many cases only cosmetic measures are financed under it. These include the renovations of civic squares, pavements, church renovation, playgrounds, bus stops or one-use promotion materials. These kind of investments are not spurring job creation or development of local economies despite the decisions to implement them coming from the local level. And a further compounding factor is that is very difficult to objectively evaluate the contribution of LEADER as no official evaluation procedures and criteria exist. Thus there are many questions hanging over the configuration of ‘local action groups’ and the assigning of EU allocations. It’s a situation that is creating ground for conflicts.

Some grounds for optimism

Nonetheless, there is some hope that the CLLD will be able to create a meaningful space for bottom-up, local decision-making in Slovakia. Thanks to a recent initiative from the Plenipotentiary for Civil Society and NGO representatives, Slovakia’s draft operational programme for ‘Efficient public governance’, under the auspices of the Ministry of Interior Affairs, contains a separate priority axis applying the CLLD.

Even if no other Slovak operational programme were to apply the CLLD, this axis could serve as valuable testing space for trying out new models of EU funds implementation that have democratic decision-making and participative spending of public funds at their core.

I can only hope that this modest space – now tentatively opening up and in combination with the future LEADER programme – will go to show that in Slovakia there is sufficient potential for the development of strong and stable regional economies based on direct input from active, engaged local citizens, organisations and entrepreneurs cooperating with municipalities. For the types of investments that are sorely needed: sustainable energy systems that meet local needs, the development of local agricultural markets and exchange networks for local produce, and the provision of social services by local specialized NGOs.

For now, though, despite the time spent and the opportunities available, the democratisation of public funds use in Slovakia remains very much in the balance. And the clock is ticking to January 1, 2014.