Home > Blog entry > Did the glimmer of gold blind the EBRD?

The European Bank for Reconstruction and Development has become a stakeholder in a company that is involved in gold mining in a UNESCO World Heritage site in Russia. Not only does this violate its own Environmental and Social Policy, but it also tells me a lot about the bank’s assessment of partner companies. 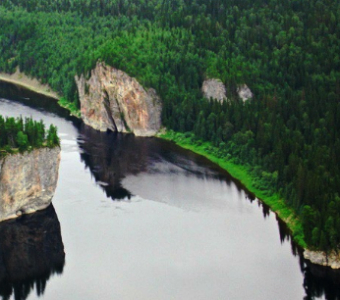 It really sounds like a bad joke: Among the reasons for the European Bank for Reconstruction and Development (EBRD) to acquire a stake in GV Gold, one of Russia’s biggest gold producers (announced on August 31) was the company’s “willingness to meet the Bank’s environmental and social requirements“.

How the EBRD comes to this assessment is unfathomable to me, because without too much digging, one can find out about Gold Minerals, a company partly owned by GV Gold, that is mining gold in a national park in Russia with World Natural Heritage status. The territory of the mine is located inside the Yugyd Va National Park and in the Virgin Komi Forests World Natural Heritage site.

The UNESCO World Heritage Committee has repeatedly protested against these plans and urged the Russian government to enforce an immediate halt to mining activities which pose a threat to the site’s Outstanding Universal Value. To continue mining is therefore a violation of Russia’s obligations to protect World Cultural and Natural Heritage under the UNESCO Convention.

Notwithstanding this, detonation works have now begun and Greenpeace Russia has reported signs indicating disturbances to the area’s natural balance.

None of this seemed to make any difference to the EBRD’s decision. So I’m struggling to find a plausible explanation: Either the EBRD’s standards are so low that open cast gold mining in an internationally recognised and protected natural park does not pose a problem; or the bank’s examination of prospective clients is so superficial, that even a row with the UNESCO World Heritage Committee does not appear on its radar.

In any case, no explanation can clear the EBRD of being involved in a violation of the UNESCO Convention regarding the Protection of the World Cultural and Natural Heritage, nor of violating its own Environmental and Social Policy (pdf). [1] This is why Bankwatch supported Greenpeace Russia in urging the EBRD to demand that GV Gold Company abandons its support for the activities in the Virgin Komi Forests or – if this demand is not met – to immediately withdraw its investment in the company.

With the EBRD’s new mining policy under preparation and examples of the EBRD’s controversial involvement in mining operations in Kazakhstan, Armenia and Kyrgyzstan, I think it’s time the bank had a deep think about the impacts of its lending in the sector.

The policy preparation has been dragging on for two years now and it is still not clear if the EBRD is on the right track. Last year Bankwatch proposed to the EBRD ways to ensure real benefits for communities, avoid environmental and social harm, reduce CO2 emissions and prevent countries’ dependence on commodities.

1. Article 9 states: “The EBRD will not knowingly finance projects that would contravene country obligations under relevant international treaties and agreements related to environmental protection, human rights, and sustainable development as identified during project appraisal.”