The EBRD’s claims it has helped turn Serbia into a “role model for social inclusion of Roma” ring hollow in light of the plethora of abuses of Romas’ rights in other cases in Serbia. 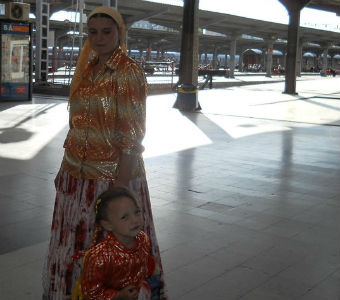 For a few years, I have been monitoring the rights of Roma communities living in Belgrade, paying particular attention to the resettlements taking place in order to accommodate EIB and EBRD funded projects such as the Gazela Bridge, Sava Bridge and adjacent roads.

Belgrade authorities usually resettle Roma families without proper prior notice and consultation, separating families, relocating people to far away places and in improper conditions. Amnesty International has repeatedly condemned the manner in which such resettlements are done, claiming that Serbia is breaking its international human rights obligations.

Knowing this, I was seriously taken aback by a blog entry on the EBRD website in which the bank congratulates itself for its involvement in a recycling initiative offering Roma people employment in Belgrade. While the recycling initiative is certainly laudable, what is really striking in this bit of news is the EBRD claim that the project allowed Belgrade to “become a role model for Roma social inclusion”. Really now?

I wish it were true, but unfortunately I know it’s not. The recycling center is supposed to help the reintegration of Roma, including those that have been resettled because of the construction of Gazela Bridge, planned to be financed by the EIB with the resettlement technical assistance carried out by the EBRD. The Gazela resettlements were a huge human rights scandal and a recycling center – as welcome as it is – can only be the start towards providing proper solutions for the forcefully displaced people.

And if that’s not enough, here’s what else has been happening lately in Belgrade, this “role model for social inclusion of the Roma community”:

Against this background, the recycling centre highlighted by the EBRD near the Orlovsko Naselje container settlement in the Zvezdara district started operation in 2011, with about 30 informal waste collectors – mainly Roma – organised in a co-operative, able to make some earnings through the centre. In 2012 the number of collectors is predicted to rise to between 50 and 100. This is a good start and the initiative is praiseworthy.

But inflating this small ray of light into the idea that Belgrade has in general become „a role model for social inclusion of Roma” is not only dishonest but could also make it much harder to promote Roma rights in the city. And this is because the EBRD’s clumsy publicity has already resulted in a plethora of self-congratulatory articles in the Serbian media.

In the past, whenever challenged about its lack of respect for Roma rights, Belgrade’s authorities have been quick to point to abuses in Italy, France or Hungary in order to „prove” that Belgrade is not doing that bad after all. Now, due to the EBRD’s poorly thought out headline, they will have walls of newspaper cuttings helping them to justify their kicking Roma out of their homes and even less interest than ever in listening to human rights defenders.