The European Parliament yesterday chastised the European Bank for Reconstruction and Development for its explicit interest in financing a new lignite-fired power plant in Kosovo. NGOs hope the bank will pay more attention to the Parliament than it did to civil society and energy experts so far. 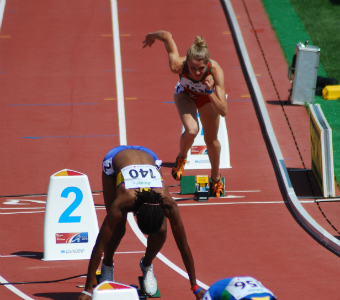 At the end of last year, Kosovo became the newest member of the European Bank for Reconstruction and Development (EBRD). One of the first words we heard from the bank on their financing plans for the country indicated an interest to invest in a new 600 MW lignite plant, Kosovo C, planned to be built close to capital Pristina.

In March this year, the EBRD concretely spelled out what it considers to be investment priorities in its draft strategy for Kosovo (pdf). In the document, the EBRD confirms its interest in giving a loan for the new coal plant, which has been for years pushed by the World Bank and the United States:

“The Bank will consider engagement in the implementation of the greenfield thermal power plant Kosovo C that is planned to start construction in the second half of the strategy period, provided the project complies with EBRD environmental and social standards, its policy on financing energy projects and delivers high transition impacts.”

Following comments to the draft strategy from Bankwatch and Kosovo coalition KOSID and a letter complaining (pdf) about the hurried nature of the strategy’s public consultation process, the European Parliament now adopted a resolution that strongly criticises the EBRD’s plans. It reads:

“regrets that the EBRD is planning to support new lignite capacity (Kosova e Re) in its draft country strategy, and calls on the Commission to take action to contest plans such as this that run counter to EU climate commitments.”

(See more details in our press release from today)

Coal is misguided progress for Kosovo

An end to coal subsidies in Europe

Two European public banks are currently reviewing their energy lending policies. We call for an end to coal subsidies.

The EBRD’s enthusiasm for this project is misguided. Burning coal to produce electricity at the country’s two existing coal plants (Kosovo A and Kosovo B) is already costing the country over 100 million euros annually only in health related issues, with people dying prematurely and children suffering respiratory diseases, and building a new plant will perpetuate these health problems.

Importantly, Kosovo already produces more energy than it consumes domestically, but much of it is wasted due to inefficiencies in the distribution network, lack of insulation in buildings, irrational usage such as using electricity for heating, commercial losses (ie. electricity used but not paid for, eg. through illegal connections to the network or unpaid bills).

These are the areas where the EBRD should be focusing on, particularly on remedying technical inefficiencies. In addition, providing support for energy efficiency measures for residential buildings would come a long way in avoiding energy waste and reducing bills for households. Kosovo does not need new coal generating capacity; it needs to stop wasting energy and to explore sustainable energy sources.

An alternatives analysis carried out by the Renewable & Appropriate Energy Laboratory Energy & Resources Group University of California, Berkeley, shows that in the period until 2025, Kosovo can meet its energy needs through energy efficiency improvements, wind and hydro energy, as well as biomass and geo-thermal. This scenario would also result in three times more jobs created for the country, and address environmental problems.

Is the EBRD listening?

And these are the messages that Bankwatch sent to the bank in our contribution (pdf) to the public consultation of the strategy draft. The problem is, it seems that the bank could not care less about what NGOs like ours or our colleagues from Kosovar coalition KOSID, who submitted similar points (pdf) to the attention of the bank, have to say.

Why? Because the deadline for submitting the inputs was yesterday, April 18. But the final country strategy document will be approved by the EBRD on May 1, less than 10 working days later. It is highly unlikely that the bank has time and capacity in this interval to seriously assess the fundamental objections we raised.

Despite the bank bragging (pdf) about its openness to civil society in Kosovo, NGOs there are already frustrated with the hurried nature of the development of a document that will send strong but wrong political signals in Kosovo. KOSID and Bankwatch have this week sent a letter to the board of directors of the EBRD (pdf) to criticise the rush of the adoption of such a momentous strategy and the superficiality of the civil society engagement.

The EBRD claims it has come a long way over the past years when it comes to cleaning up its energy portfolio and improving communication with stakeholders and certainly it has increased its renewables and energy efficiency investments.

With regards to the energy lending, however, Bankwatch maintains that the continued support for fossil fuels and above all, coal, undermines this progress and locks in an unsustainable energy infrastructure in many countries. And the start of operations in Kosovo does not set an example for an improved communication with civil society.