With another public action, colleagues in Moscow are today bringing to a close a week that has seen the European Bank for Reconstruction and Development having to listen to a lot of uncomfortable truths. 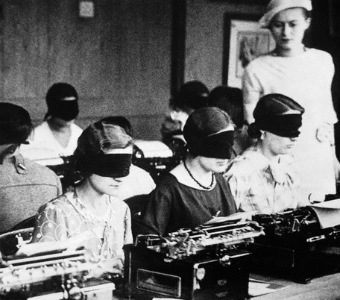 During this week’s EBRD consultation meetings on its new energy sector strategy it is becoming increasingly clear that the bank’s draft document can hardly be called a real strategy for it is lacking in solid analysis on what climate change means for investments in its region of operations and how the bank should react to this.

Climate change means that global emissions have to be cut by 50-70 percent by 2050 and that up to 80 percent of declared fossil fuel reserves have to stay in the ground. Yet, EBRD representatives at Wednesday’s consultation in Belgrade revealed a worrying lack of projections, scenarios, assumptions about greenhouse gas emissions reductions by the countries. Similarly there are no assurances in the draft that the bank will help EU accession countries to meet EU decarbonisation policies, and no analysis of the danger of fossil fuel investments becoming stranded assets.

In summary, instead of being guided by a real strategy, the EBRD is set to continue financing everything on a project by project basis – which in turn often means “if it’s bankable, it’s fine”. And that means coal, oil, and (shale) gas as well.

While EBRD representatives at the consultations have tried to play down the bank’s involvement in coal projects, the new draft policy would still allow controversial projects like the already-approved Sostanj 6 in Slovenia to be repeated, and makes no attempt to limit the bank’s support for coal mining projects.

However, there is new hope for increasing pressure on the bank at international level is coming from a growing number of countries announcing that they will work together to limit public coal financing, which follows the EIB and World Bank’s recent virtual withdrawals from coal lending. At the same time also civil society in the bank’s countries of operation is demonstrating the need for the EBRD to stop financing fossil fuels, starting with coal – on Monday in Istanbul, on Wednesday in Belgrade and today in Moscow (see below).

There are in fact so many compelling arguments against coal that it is hard to fathom why a European public institution would allow itself to finance the dirtiest of all fossil fuels for another five years, potentially pumping hundreds of millions of euros into projects that will pollute the air and endanger our health for several decades and crowd out financing for much-needed demand-side energy efficiency projects.

That civil society organisations in the countries where the EBRD operates don’t agree with this approach was demonstrated again today in Moscow, where activists, dressed up in miners’ helmets and T-shirts with slogans like “coal free EBRD” and “coal kills”, handed over a box symbolising the 16 725 people who had signed the petition for a coal free EBRD. 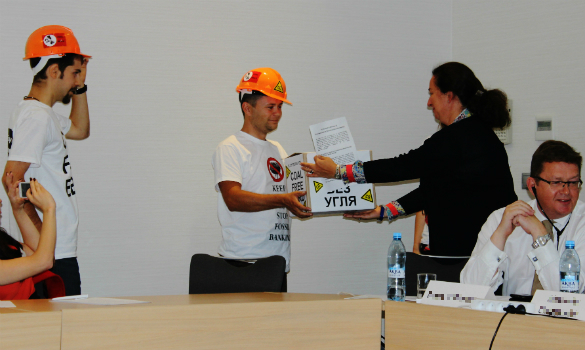 The action provoked a long discussion and the EBRD’s staff had to admit that environmental concerns were dominating the consultation meeting.

We will see how the bank now takes on board these concerns, but until the energy sector strategy has been finalised, we will continue to put pressure on the EBRD to take climate change seriously, and get out of fossil fuels, starting with coal.