Home > Blog entry > EU budget update: Are Europe’s leaders serious about taking the green shirt off all of our backs?

With a key EU summit one month away, how do things currently stand with the tortuous, plate tectonic-esque EU budget 2014-2020 negotiations? 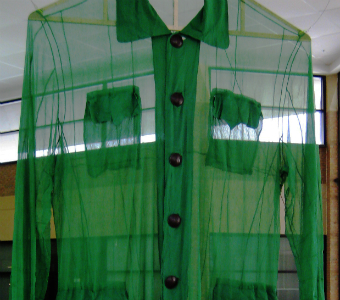 These are negotiations, if you recall, that got underway in summer 2011 when the European Commission proposed that 20 percent of future EU budget spending should go to ‘climate mainstreaming’ measures – that is, for the approximately 1 trillion euro EU budget over seven years to comprise a good chunk of projects and initiatives, from across the budget’s entire range, aimed at tackling climate change.

Scandalously, we are now staring down the barrel with only one month – seemingly – of frantic shuttle-diplomacy to go in order to decide on whether to make the future EU budget environmentally progressive. Or instead to add it to the EU’s growing list of botched compromises – compromises that let EU leaders smile for the cameras, but that do nothing for people living in Europe, or for the environment.

If the budget negotiations are grinding remorselessly on (though look out for some ‘real’ budget figures to be announced, it is rumoured, by the Cypriot EU presidency on Friday this week), a gathering storm is being played out in the media – and for EU budget bloodlust, you can always rely on Twitter. The current, short-term focus is on the extraordinary summit called by Herman van Rompuy, president of the European Council, for November 22-23, aimed at thrashing out agreement on the shape, and size, of the EU budget for 2014-2020.

Van Rompuy is pinning a lot of hope on the November summit. Not only is he scheduled to do a tour of 27 EU countries in five days in early November, he recently tweeted that the summit could be the first ‘three shirter’ under his presidency (‘three shirter’, in Brussels parlance, means that the scheduled two day summit could easily become a three day job, requiring a third shirt to be pulled from diplomatic baggage in order to secure a deal). This kind of wardrobe flexibility should not, however, be regarded as heroic: let’s bear in mind what is at stake, the length of time taken to reach where we are now, and a certain English language idiom.

‘Taking the shirt off someone’s back’ means to take payment from a certain other, as a payment or a punishment. The shirt in question could well end up being Europe’s collective ‘green shirt’, namely the environmental impetus put forward by the Commission last year. How the environment is deserving of this punishment from European decision-makers remains a mystery.

Yet, with all to play for, green spending within the EU budget is not getting a look in – in spite of Bankwatch and our partners, Friends of the Earth Europe and WWF, last week launching our map and video of ‘Well Spent’ EU Cohesion fund spending.

Also last week, Bankwatch’s EU Funds coordinator in Slovakia, Miro Mojžiš, set out in the European Voice how Europe’s member states could – credibly and urgently – come together on the future EU budget with a collective championing of increased green spending for the 2014-2020 spending. Not only shared EU 2020 commitments on climate change can be realised. There are further additional ‘green’ dividends to be unlocked via targeted EU spending, including massive job creation in times of economic precariousness, as well as greatly reduced fuel bills for European households via EU funding support for obvious energy efficiency measures.

As Miro warns, “We are now at a dangerous moment, and bellicose posturing has to be replaced by constructive negotiations focused on areas of mutual concern and benefit. It is time for both advocates of better spending and cohesion to abandon haggling over cuts and actually discuss the quality of spending and cohesion.”

To achieve this ‘win-win-win’ scenario via green EU spending, we believe that any EU budget deal should involve not just 20 percent climate mainstreaming but, given the climate and economic challenges facing the member states (especially in eastern Europe), 25 percent going to green spending.

Not only is the green shirt being removed from our backs, if the latest reporting from the Financial Times is to be believed, we are now entering a new period of ‘shirtiness’ (read it as you will, but the English language equates ‘being shirty’ or ‘shirtiness’ with ‘being difficult’ – who are we to argue, but Brussels press corps, you got the November summit headline here first) as regards the EU budget.

Chancellor Angela Merkel is apparently intent on squaring up to UK threats of vetoing the EU budget in November, threatening from Germany’s end to cancel the November summit completely if David Cameron’s government doesn’t soften its stance. This kind of FT headline needs to be taken with a certain amount of sel – ‘Merkel to warn UK on EU budget veto’ has certainly attracted more online comments (mostly from what appear to be a UK Daily Mail readership) than I can previously recall for an FT article. But, unmistakenly, it does illustrate the bankrupt contours of opinion regarding the EU budget that are emanating from Europe’s key capitals.

Unmistakable, too, in the latest brouhaha is the lack of talk about green spending, even with one month to go.

Get ready to find yourself without a shirt, green or otherwise, in the upcoming Budget negotiations – even though our leaders appear to be measuring up for EU budget hairshirts.