A series of damaging hydropower plants on the Iskar river shows why the EU’s Renewable Energy Directive (RED) needs to be tightened. 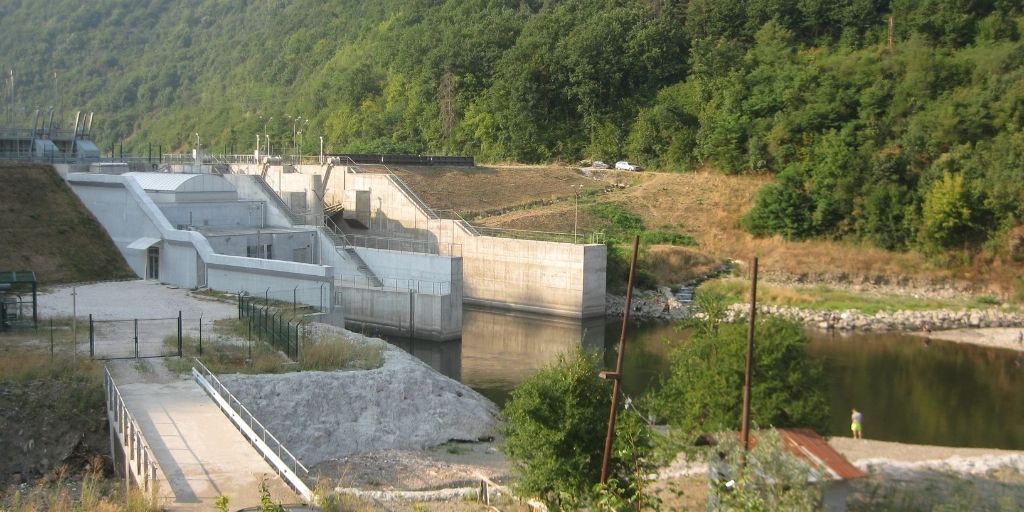 More than half of European rivers are on red alert – failing to reach good health as required until 2015 by the Water Framework Directive. Yet in parallel, the Renewable Energy Directive (RED) has enabled numerous harmful hydropower projects to be counted as renewable energy and in many cases to benefit from renewable energy incentives as well – even when they have breached EU law.

If the ongoing revision of the Directive doesn’t improve the requirements for water and biodiversity protection, the goals of the EU 2030 Biodiversity Strategy to stop deterioration of all protected habitats and species and restore 25,000 km of free-flowing rivers by 2030 will be unattainable.

The VEZ Svoghe project on the Iskar River just north of Sofia, has already led to serious environmental and social impacts, which show the need to explicitly link the RED with requirements for compliance with EU environmental law. With five out of nine originally planned hydropower plants built, fish migration has been obstructed and part of the Vrachanski Balkan Nature Park has been flooded.

EU officials have pointed out numerous times that there should be no trade-offs between reaching the climate goals and protecting biodiversity. However, many hydropower plants put into operation since the RED was first adopted in 2009 show a different picture. Although some lessons have been learned in the last decade, the environmental harms remain and need to be remedied. No space for new harm should be allowed by the RED that is currently under revision.

As Bankwatch partner groups from Bulgaria have been informing the EC for years, the VEZ Svoghe cascade was approved, built and now operates with serious infringements of national law, as well as the EU Habitats and Water Framework Directives. Yet it still counts towards Bulgaria’s renewable energy targets and has received renewable energy incentives. In reality there is nothing to prevent such plants receiving such subsidies, as the RED has no provisions to ensure that legal breaches result in a halt to incentives.

The Svoghe cascade was planned and partially constructed within the Vrachanski Balkan Nature Park in an unprecedented violation of Article 33 of Bulgaria’s Protected Areas Act which stipulates:

“In nature parks it is forbidden to carry out: (…) activities and construction that are not allowed by the decree declaring the park, the park management plan and the development and technical plans and projects”.

In the park declaration decree from 2003, hydropower construction is not allowed, nor in the first management plan approved after the EIA decision, nor in any other park document. Nevertheless, according to the project EIA, the total area of the installations that fall within the boundaries of Vrachanski Balkan National Park is 11.085 hectares (…), and includes parts of the Lakatnik, Svrazhen,  Opletnya, Levishte and Gabrovnitsa plants.

The EIA was opposed by the Regional Environmental Inspectorate, but approved by the national Ministry of Environment and Waters. The Lakatnik, Svrazhen and Opletnya plants, financed by the EBRD and put in operation between 2008 and 2013, have already destroyed more than 6 hectares of the park.

Moreover, all the dams are built in the river bed, which is state property, without any concession agreement or other rights to build on state land. The Balkanka Association has alleged that such constructions are illegal according to several national laws and in another region, this has led to the first dam removal in Bulgaria. In November 2021 the Sofia regional prosecutor’s office refused to take action on the legality of the construction permits of the Svrazhen plant, and Balkanka is appealing the decision.

Violations of the EU Habitats Directive

In September 2008, during low water, the Lakatnik hydropower plant discharged a large amount of silt deposited behind the dam. At least 18 km downstream all aquatic organisms and fish died, a fact reported by the Regional Environmental Inspectorates of Sofia and Vratsa. VEZ Svoghe was only fined after the incident but didn’t remedy the damage done.

Even after this incident, the impacts of the cascade on the Natura 2000 network were not evaluated in the permitting procedures for the other plants. In 2010, the Regional Environmental Inspectorate concluded for the three plants of the second phase of the cascade, that an Appropriate Assessment (AA) is not necessary as there would not be significant negative impacts. This is in breach of the Habitats Directive since they would clearly damage several sites.

All the plants except Tserovo and Prokopanik are located within Natura 2000 sites (three Habitats Directive and two Birds Directive sites) and all nine plants have impacts on another three sites downstream on the Iskar River.

Heavily polluted in the last century by industry and wastewater, the water status and biodiversity of Iskar started recovering after the fall of the Iron Curtain. But shortly after Bulgaria joined the EU, more than ten new hydropower plants were built downstream from Sofia, including five from the VEZ Svoghe project. The status of the river deteriorated significantly, converting long river stretches into heavily modified water bodies.

The River Basin Management Plan was approved in 2009 with the main objective to achieve, maintain and improve the ecological status of rivers by 2015 in accordance with the Water Framework Directive (WFD). For this objective the Plan sets out programs for prevention and reduction of anthropogenic pressures and impacts on water resources.

Among them are two which prohibit the construction of new hydropower in the protected areas under the Water Act. All Natura 2000 sites in the Iskar Gorge are classified as such and for each of them a special ban on hydropower is also envisaged in the Plan. A general prohibition on new hydropower in Natura 2000 is also separately foreseen in the Environmental Assessment of the RBMP which is also legally binding for the administration. Obviously the cascade does not comply with any of these bans.

Currently the VEZ Svoghe case is part of an EU pre-infringement procedure against Bulgaria and other countries – called an EU Pilot – for lack of implementation of the Water Framework Directive.

The updated Renewable Energy Directive needs built-in biodiversity protection. In a situation of biodiversity crisis it makes no sense to allow incentives for hydropower projects – or any other renewable projects, for that matter – which have only been allowed to go ahead with violations or exceptions provided for in the Water Framework Directive and the Habitats Directive. Incentives must be used sparingly, and only for those projects which truly deserve it.

The Svoghe hydropower cascade is an ongoing serious environmental crime that needs to be solved and unless the new RED includes effective safeguards against such projects, we will continue to see them further eroding the EU’s already ailing biodiversity.

This publication was produced in collaboration with EuroNatur in the framework of the joint research and advocacy work on hydropower finance and subsidies.