Current EU support is not just a distraction from the energy path Ukraine needs to take, it also puts countless communities in Ukraine and abroad at risk. 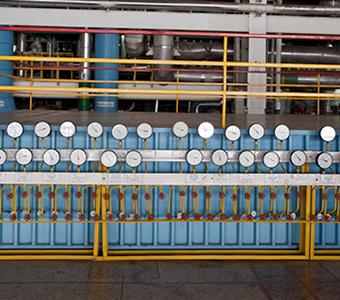 European decision makers had good intentions, but in their efforts to help ensure Ukraine’s energy security, especially in turbulent times like these, they have been continuously overlooking the far reaching implications of perpetuating the country’s dependence on outdated nuclear power.

Two years after the Euromaidan protest, the bond between Ukraine and the EU never seemed stronger, and recognising the poor state of the country’s nuclear power plants could not be more urgent.

The European Bank for Reconstruction and Development (EBRD) and Euratom – each extended EUR 300 million in loans for improving the safety of Ukraine’s 12 nuclear energy units – had also practically acknowledged, that in their current condition, these Soviet-era nuclear reactors are a serious risk for both Ukraine and its neighbours.

Over the next four years these ageing nuclear reactors will reach the end of their original lifespan, but the government in Kiev is as keen as ever to use the EU’s financial support to keep them going for at least ten extra years.

And indeed, rather than helping Ukraine to retire its nuclear fleet and chart a new, sustainable energy course, Europe is now knowingly helping perpetuate a profoundly precarious energy source.

Nearly a quarter of European public money invested in Ukraine’s energy sector between 2007 and 2014 has gone into nuclear energy generation, concentrated in the hands of state-owned operator Energoatom. The European financiers were hoping to be able to positively influence the nuclear regulatory framework in the country, but have so far failed to act on a governmental decree in effect since January 2015 that bars SNRIU, the state nuclear regulator, from initiating inspections in nuclear facilities. This decree was issued a mere month after the EBRD gave the green light for the disbursement of its loan’s first tranche.

One year on, the Ukrainian government’s irrational fixation on nuclear energy means it does not even stop to consider alternatives. And even worse, Ukraine is consistently overlooking its legal obligations under both international treaties and the conditions to the loans it has received.

In May, when unit 2 at the South Ukraine nuclear power plant exceeded its design lifetime, it was taken off the grid. Unit 1 in the same nuclear power plant has already been operating beyond its original operational deadline since 2013, even though an independent expert study released in April this year determined the nuclear reactor has critical vulnerabilities due to substantial wear. When the National Ecological Centre of Ukraine, a Bankwatch member organisation, commented on the news about unit 2, Energoatom filed a libel lawsuit against us.

And the Ukrainian authorities appear to be quite consistent. In early December, South Ukraine’s unit 2 became the fourth to have its expiry date rewritten and was swiftly switched on again. The fact it had at least ten safety issues of the highest priority still pending did not seem to bother the SNRIU’s board, and addressing them has been postponed for 2016-2017.

The day before last Christmas another nuclear unit reached its original expiry date and was shut down. This time it was unit 1 in the Zaporizhia nuclear power plant, Europe’s largest, barely 250 kilometres from the front lines of the ongoing fighting in eastern Ukraine. But in its meeting a week earlier the SNRIU’s board clarified that, once again, this is merely a technical intermission after which it will approve a similar lifetime extension. This could happen as soon as March 31, probably regardless of the state of safety improvements.

One might think that the Ukrainian authorities are equally in rush to guarantee the safety of these nuclear units, or that perhaps European involvement would help ensure that all safety upgrades are implemented fully and in a timely manner.

But, apparently, not if the Ukrainian government considers this a hurdle in its nuclear energy race. The deadline for the implementation of the European-financed program was agreed to be 2017. Yet, earlier this year the government decided to move this deadline to 2020 without the approval of the program’s financiers.

It is then no wonder that, even though the Ukrainian authorities receive support from EU taxpayer money for its hasty nuclear adventure, they blatantly ignore international treaties. The Aarhus and Espoo Conventions oblige Ukraine to carry out transboundary environmental impact assessments and consult neighbouring countries which could be affected by projects of this kind before permitting lifetime extension. In fact, several EU governments and the European Commission have already expressed their concerns to their Ukrainian counterparts.

The current government has been elected primarily with the mandate of fostering tighter relations with the EU. Keeping these outdated nuclear reactors at once condemns Ukraine to decades of unsustainable energy, and jeopardises the safety of both Ukrainians and their neighbours. The ball is now in Ukraine’s court because real solidarity is based on mutuality.