Even with the latest investment plan for unit 6 at the Sostanj lignite power plant (TES 6), the project’s economics are (surprise, surprise) still distinctly shaky as an independent analysis shows. Nonetheless, the project looks ever more likely to get a state guarantee from the Slovene government. 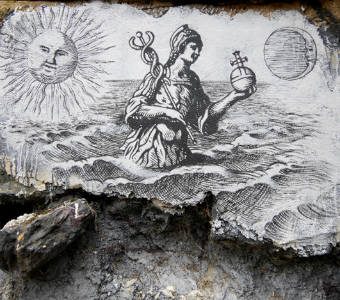 Last week the Slovene government gave the go-ahead for the signing of a state guarantee contract with the European Investment Bank on the TES 6 project (more background on the guarantee on this blog). This came after months of debate about whether the project meets the conditions the government set, such as setting a ceiling on construction costs, ensuring a stable lignite price from the nearby Velenje mine, achieving a certain level of profitability, keeping CO2 levels at a certain level etc.

In an attempt to convince everyone that these conditions will indeed be met, the Sostanj management had to come up with yet another investment plan (pdf), the fifth such document for the project.

Since the economics of TES 6 has never been convincing and are only likely to get worse with the long delays that have plagued the project, Focus and Greenpeace Slovenia have commissioned an analysis of the investment plan by economist Dr Aleksandar Kešeljević from the University of Ljubljana. The result shows, among other things, that:

In going ahead with the state guarantee, the Slovene government has recognised some of these problems and tried to solve them by moving the goalposts:

The state guarantee contract still has to be approved by the European Investment Bank itself and ratified by the Slovene parliament, so it will be interesting to see whether either of these bodies is willing to accept the Sostanj management and Slovene government’s attempts to hide the mess they’ve created with the Sostanj 6 project.

However, one thing is for sure. As both the EBRD and the EIB are currently undertaking their energy policy reviews, they would do well to look at Sostanj and the trail of destruction – environmental and economic – and alleged corruption it is leaving in its wake and learn the lessons from it.

The EBRD, in particular, is planning to back at least two more lignite power projects in south east Europe, possibly more. Does it seriously believe that a close look will not uncover similar problems, perhaps even additional ones, to those at Sostanj?