Energoatom is currently unable to serve loans from European institutions. Even though a European Commission study assessed the company’s credit worthiness, Ukrainian taxpayers now have to pay back part of the loans. 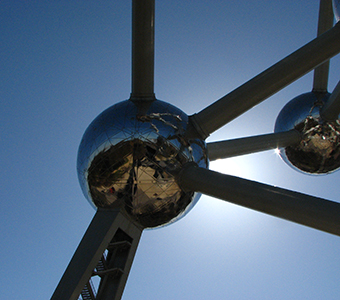 Difficulties are piling up for Ukraine’s state nuclear operator Energoatom whose accounts remain frozen since April this year due to a pending case at the national court over outstanding debt payments.

The case over an allegedly unpaid USD 5 million debt was filed by Ukrelektrovat, an energy investment company, after president Poroshenko decided in March to not extend a moratorium on the ability to sue strategic energy companies such as Energoatom.

Now that the company’s free ride is over, Energoatom is unable to pay for nuclear fuel and other needs. Yet, its economic difficulties will likely not impact its international lenders, Euratom and the European Bank for Reconstruction and Development (EBRD), who have each provided Energoatom with EUR 300 million loans. Instead, it is Ukrainian tax payers – already under stress by an economic downturn and the devaluation of their currency – who have to foot the bill.

Energoatom’s president Y.Nedashkovsky said recently that Ukrainian taxpayers have already had to jump in with 1.2 million euro for paying back interest rates and installments of Euratom’s loan. The loan was provided under state guarantees for Energoatom’s so-called nuclear safety upgrade programme, that has been presented as a way to bring Ukraine’s 15 ageing nuclear reactors in line with international standards but that is at the same time necessary to keep them working 10 to 20 years longer than they were designed to.

Energoatom’s financial dilemma is but one element of deeper, structural difficulties that also become manifest in repeated delays in implementing safety measures at Ukraine’s nuclear reactors.

These continued troubles must raise questions over the viability of the loans granted to the company by European institutions. But a feasibility study (pdf, censored version), requested by the European Commission prior to approving the Euratom loan in 2014, positively evaluated Energoatom’s ability to repay the loans:

The Borrower (Energoatom) should be in a position to service and to reimburse the proposed EURATOM loan, its former and foreseen loans provided the regulated tariff is adjusted to allow full coverage of these expenses.

How could the Commission’s evaluation be so wrong? Did it not properly consider the risks in Ukraine or did it put too much trust in the immunity that their client Energoatom enjoyed as a result of the moratorium for strategic energy companies?

Because of the constant delays, Ukraine’s government has moved the deadline for implementing the safety upgrade programme from 2017 to 2020. As result of the postponement, Energoatom’s financial difficulties and the mounting pressure from Ukraine’s neighbours and civil society, Ukraine’s state nuclear regulator, SNRIU, postponed decisions scheduled for May on the lifetime extensions of yet another two units, Zaporizhia 1 and 2.

Meanwhile, nuclear energy is still being portrayed in Ukraine as a cheap and the only alternative for securing energy supply. But Energoatom’s troubles on taxpayers’ expense are just one more sign for the mismanagement of Ukraine’s nuclear energy sector.

Energoatom’s financial backers, the EBRD and, via Euratom, the European Commission, must re-assess the viability of their support. If not because of the numerous safety concerns, then now in light of their client’s financial vulnerabilities and the financial burden this brings to Ukrainian citizens.