The heavy involvement of international financial institutions in the post-2015 development agenda raises serious questions for civil society around the world on whether the SDGs will manage to address the root causes of inequality, poverty and environmental degradation. 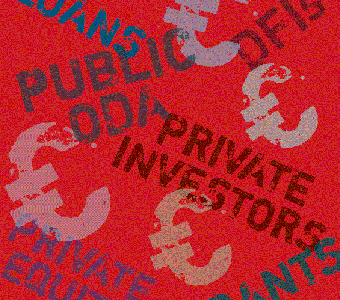 This week sets a new milestone for the international community as the UN Security Council is preparing to vote on the new development agenda to replace the Millennium Development Goals. The draft agenda outlines 17 Sustainable Development Goals (SDGs) and over 160 sub-goals to gear development efforts over the next 15 years. While the previous MDGs have brought positive results in poverty reduction and access to education and healthcare, they have also been criticised for not addressing the drivers of growing inequalities and devastating environmental degradation. The SDGs, despite admitting to the importance of addressing such root causes, don’t seem to be taking any courageous steps in addressing structural injustices in the global economic system.

The implementation of the post-2015 agenda requires the mobilisations of massive resources estimated at around EUR 5 trillion per year. Traditional donors admitted to not being able to raise this sum, but international financial institutions jumped in, pledging to be in the front line for financing the new development agenda. They committed to mobilise over EUR 400 billion (pdf) in the first three years for the overly ambitious agenda of the Sustainable Development Goals (SDGs). The heavy involvement of IFIs who operate closely with the the private sector raises serious questions for civil society around the world on whether the post-2015 agenda will manage to address the root causes of inequality, poverty and environmental degradation.

The international agreement on the financing mechanisms for the post-2015 agenda, adopted at the Addis Ababa conference in July 2015, has been heavily criticized by civil society. Condemned as a commitment to privatise development the agreement shows an over-reliance on private finance (including the transfer of public Official Development Assistance (ODA) to the private sector); it fails to address tax injustice or to facilitate better oversight over public and private finance and the accountability of businesses; it is suspected to further increase the debt burdens of developing countries. The agreement confirms that some of the most fundamental flaws in the way development is financed remain unchanged.

International financial institutions (IFIs) seized the moment to confirm their importance in development finance. A group of IFIs, including the European Bank for Reconstruction and Development (EBRD), the European Investment Bank (EIB), the Asian Development Bank (ADB) and the World Bank pledged to move from billions to trillions (pdf), a declaration rather scary considering the mixed legacy of IFI funded projects and their impacts on the environment and local communities. Their use of financial instruments such as global loans (pdf) to financial intermediaries (like private banks), public-private partnerships, blending (the use of aid money to subsidise or support public or private sector projects) does not succeed in prioritising poverty reduction, inequalities, vulnerable groups or environmental protection.

Global loans are put forward by IFIs such as the EIB to stimulate the development of small and medium enterprises (SMEs) through financial intermediaries including commercial banks. Research shows that they appear to provide greater stimulation to the intermediary banks, the first recipients of the loan that have little contractual obligations (pdf) as to where they spend the money and no penalty mechanisms for not delivering on their initial aim.

Public private partnerships (PPPs) are promoted as the main instrument for large infrastructure projects within the SDG agenda. For such high-risk projects, mobilising public funds to attract private investments also means transferring the risks to the public sector, that is to the taxpayers. The increased risk for public coffers is not something that is easily dealt with by less developed countries that suffer from weak governmental capacity and scarce public resources. In addition, PPPs and other blending instruments are disconnected from local needs and realities and do not include strong public participation, bypassing human rights and environmental sustainability.

Another concern associated with blended financial instruments is that rather than attracting private funds for public priorities, blending will increase the influence of the private investors and their interests over public resources. Even though evidence shows (pfd) a poor ownership by developing countries over such projects and financial interests often out-weighting development objectives, blending of ODA with loans from public or commercial banks has seen a steep increase from EUR 15 million in 2007 to EUR 490 million in 2012.

Furthermore, IFIs have serious deficits of transparency, public participation and accountability resulting from the policies of the institutions that govern the projects they are financing. The public information policies of major IFIs such as the EBRD overly prioritise commercial interests over transparency of information on environmental and social standards of the supported projects.

The experience with development finance by IFIs stands in stark contrast to the claim that the SDGs bring forward a people and planet centred approach.

Sustainable development is ultimately connected to empowering local communities and protecting the environment. It needs to be driven away from old paradigms of large-scale and heavily polluting projects as promoted by the current finance for development agenda. Comprehensive reviews and monitoring are required to assess the development effectiveness of the instruments put forward by international financial institutions for implementing SDGs, including: