Home > Blog entry > Getting from A to B while cutting out the GHGs – Is some ambitious, climate-real transport lending about to turn up at the EIB?

In the face of official EU statements stressing the need to decarbonise Europe’s transport sector, our analysis has found that a rise in EIB lending between 2006 and 2009 for roads and aviation has coincided with a dramatic decrease in EIB lending for urban public transport. 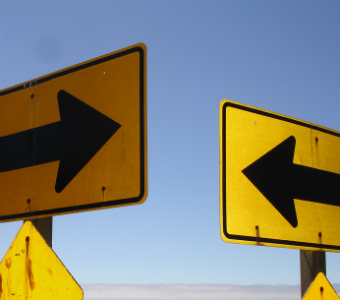 “There is now a widespread agreement that decarbonising of the sector should be at the centre of future transport policy in the EU.” Thus states the European Investment Bank in a discussion paper that forms the basis of a review of the bank’s transport policy, and to which Bankwatch has just submitted comments (pdf). And it’s true: Commission President Jose Manuel Barroso has certainly promised that ‘decarbonisation’ of transport would be one of his priorities during his second term. While according to a draft European Commission white paper released in October this year, Europe’s transport network must undergo a radical transformation by 2050 if the EU is to switch to cleaner fuels and meet its climate change pledges.

When it comes to the EIB’s transport lending, though, a major speed trap to progress comes in the shape of that lending itself: Bankwatch’s most recent analysis has found that a rise in EIB lending between 2006 and 2009 for roads and aviation – the two most carbon intensive transport modes – has coincided with a dramatic decrease in EIB lending for urban public transport since its peak in 2005. More of the largely depressing statistics are available here (pdf).

Bankwatch’s input (pdf) to the EIB transport policy review focuses on the urgent need for rail, urban public transport and intermodal transport to make up the vast majority of the EIB’s investments in each of its countries of operation – and that will require the bank pro-actively seeking out good quality projects in these sectors. Meanwhile EIB support for car manufacture and aviation should be wound up.

EIB transport lending that is part of the solution for Europe’s battle with greenhouse gas emissions and mobility – rather than part of the problem – may be about to arrive, albeit a little bit late. But a lack of ambition will leave it stuck in yet more traffic.