A potential cooperation between the European Bank for Reconstruction and Development and the agro-corporation Monsanto has thankfully not come to fruition. The case highlights the difficulties for a large development bank to reach farmers on the ground. 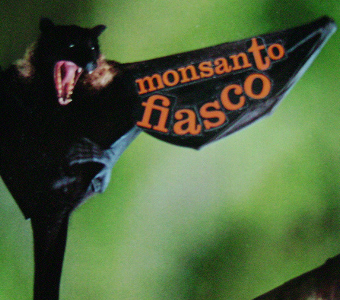 You may remember that in November 2012 Bankwatch reported on the EBRD’s plans to undertake a USD 40 million ‘risk-sharing facility’ with none other than the notorious Monsanto. The EBRD was exploring a project to provide financing so that medium-large farmers and distributors in Russia, Ukraine, Serbia, Hungary, Bulgaria and Turkey could buy Monsanto’s seeds and agro-chemicals in installments, without Monsanto losing money if they got into debt.

Well, after a lively reaction from groups around the world, including a letter signed by 158 organisations, other individual letters, meetings with the bank, a protest in Serbia, and questions in the German and Slovene parliaments, we’re glad to be able to report that the EBRD has confirmed that the project is not going ahead. So has the EBRD admitted that Monsanto is an unsuitable recipient of European public development support? Not exactly.

Here’s an extract from the EBRD’s response to an enquiry on the status of the project:

“Please be advised that, in this particular transaction, the EBRD and Monsanto were unable to find a satisfactory project structure for financing. Each institution will continue to explore other opportunities in order to provide farmers and distributors with adequate and time-appropriate financing, which we recognize to be one of the key challenges to increase agricultural productivity in the Bank’s region of operations.” (Source: Email communication with the EBRD)

This highlights one of the problems for such a large institution as the EBRD, that it is difficult to reach individual farmers without intermediaries, because the bank does not have the on-the-ground infrastructure or local knowledge to provide thousands of loans for a few hundred or thousand euros. This is a problem that needs to be addressed by the region’s governments and farmers’ unions if the EBRD is not to pick such unsavoury business partners again in the future.

So, a great outcome for now, but we’ll be keeping our eyes and ears open in case the EBRD makes such ill-advised moves again.

Read more on the EBRD