Upgrades of hydro power plants in Ukraine are a prime example for greenwashing nuclear expansion with renewable energy. Alena Miskun from Bankwatch member group National Environmental Centre of Ukraine gives details on the thickening plot that European public banks are involved in. 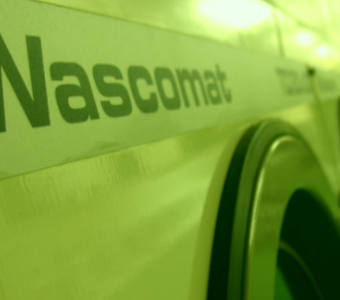 “The EU (…) should aim at faster integrating Ukraine into the Energy Community,” writes the European Commission in its September 7 communication on the security of EU energy supply. If you wonder what this means in practice, I can tell you that one of the communication’s implications is financial support for the Ukrainian national energy strategy to turn the country into a coal and nuclear exporter for EU markets.

In 2006, the Ukrainian Ministry of Fuel and Energy prepared the Comprehensive Strategy for Harmonisation of the Ukrainian Energy Sector with the EU Internal Energy Market. The document identifies how and when the Ukrainian market of electrical energy will be integrated into the European energy market and what steps are to be taken to implement this.

The Strategy has two main goals:

The Ukrainian Harmonisation Strategy among others contains three core directions of investment needed: safety upgrades at existing nuclear facilities, improvements in the system of transmission lines, and upgrades of hydro power plants. European public money managed by the European Bank for Reconstruction and Development (EBRD) and the European Investment Bank (EIB) are being channelled in all these three directions.

European public money for … what exactly?

The latest instalment in this saga is the EBRD decision to invest 200 million Euros (Ukrainian language) into the upgrade of 21 hydro power plants along the Dnieper River in central Ukraine. [1] (Almost USD 166 million have been provided by the World Bank, another EUR 200 million from the EIB are expected. The total project costs are EUR 690 million.)

Both the EBRD and the EIB like to point out that the project supports renewable energy sources in Ukraine. In my view, this is not only euphemistic – large hydro power unlike small hydro plants, have little to do with sustainable and really environmentally friendly energy – but a dangerous misrepresentation of the real scope of the project.

Because what the banks make little noise about (except for some whispers from the World Bank) is that this project is part of a larger programme to rehabilitate assets of Ukraine’s national energy company, which would eventually allow for electricity exports to the EU. Ukraine’s Harmonisation Strategy (see above) tells us what kind of electricity we’re talking about here: The planned electricity sources for export are coal and nuclear. One cannot find a single word on renewables in the whole document. [2]

Furthermore, the EIB in collaboration with the EBRD finances the construction of high-voltage transmission lines in Ukraine. And there’s no doubt that these will transmit nuclear power: Renewable energy sources do not need 750Kv lines of the type the EIB sponsors in our country.

In sum, these banks are financially supporting the three core elements of the Ukrainian national strategy to turn the country into a coal and nuclear exporter for EU markets. It is possible that the banks simply cannot see the long-term consequences of their investments in our country. It is also possible that they entirely support the idea of the Ukrainian government to become the largest exporter of nuclear energy to Europe.

Be that as it may, the effect will be the same: more nuclear, less renewable energy – in Ukraine and in Europe.

1. A final decision is scheduled for today during the EBRD’s board of directors meeting.

2. To offer a short technical explanation as to why these investments in the upgrade of hydro power plants (HPP) and pumped storage plants (PSP) are needed for Urkaine’s nuclear strategy:
While demand for electricity never stays constant, the production levels at nuclear plants are constant – they cannot produce more if there is more demand or less when demand decreases. This is where the HPPs and PSPs come in. To operate safely and effectively, nuclear reactors need a so-called buffer or manoeuverable capacity. During daytime, when consumption is higher, hydro power stations increase their production to “help” nuclear reactors meet the demand; at night, when demand decreases, the excessive electricity from nuclear units is transmitted to hydro pumped storage plants which pump the water into upper reservoirs, to be flushed down again in daytime to run the turbines and produce electricity again. This process is called load balancing. Without functional HPPs and PHPs, there can be no nuclear production in the Ukraine.