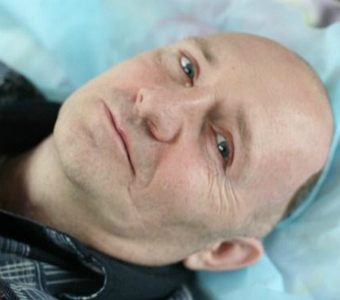 On April 8, 2013, former editor of independent local newspaper Khimkinskaya Pravda Mikhail Beketov died in hospital. He was 55, but for the last four and a half years he has been severely disabled. On November 13, 2008 Mikhail Beketov was found unconscious near his house in the village of Starbeyevo. He was beaten extremely severely with baseball bats. He is thought to have been laying on the ground in the cold for around 36 hours. Though doctors saved his life, Beketov lost a part of his brain, his right leg, four fingers on both hands and remained disabled forever. He could neither walk, nor talk and needed constant external care. He underwent several surgical operations and had recently even been able move for short distances with the help of a prosthetic leg, however normal speech never returned. But all this progress appears to have been futile: now Mikhail Beketov is dead.

The official police investigation has still failed to find either the perpetrators or the masterminds of the attack. There was little doubt though that the attack was connected to his professional activity: beforehand, Mikhail received several “warnings”: his car was burnt, and his dog was killed. The administration of Khimki systematically pressured businesses that dared to advertise themselves in his newspaper “Khimkinskaya Pravda”, or took part in its distribution. Mikhail himself said that in case of a fatal attack one should seek those responsible in the Administration of Khimki.

The most likely explanation for the attack is that Beketov became the first casualty of the toll motorway construction project through the Khimki Forest. The project is still perpetrated by French construction giant Vinci jointly with Russian oligarch Arkady Rotenberg known for his “special relationship” with President Putin. Violence has become one of the hallmarks of the Moscow – St.Petersburg toll motorway project, and tens of criminal attacks against activists have been reported.

Beketov questioned the official version of the road across the Khimki Forest as an alleged way to solve the transport crisis in Khimki. He was the first person who publicly named corruption as the main reason explaining why the worst possible option was chosen for the motorway. The explanation was simple – protected forest lands were considered as a source of gross extra-profit for the perpetrators of the project. In one of his last articles headlined “The Khimki Forest Condemned” he attracted public attention to the plans of then Governor of Moscow Region Boris Gromov. According to his ruling, a 6-km-wide strip of land in Khimki Forest was ‘reserved’ for infrastructure needs of the future motorway. Now the project concessionaire denies any additional use of forest lands. Nevertheless, there is no official documents confirming it. The planned layout of the motorway in the project of new General Plan of Khimki reveals massive infrastructure object inside the forest except the motorway itself. It was symbolic for the Movement to Defend the Khimki Forest that in the last issue of Mikhail Beketov’s newspaper he summoned residents to a meeting to protect the Khimki Forest.

Of course, Khimki Forest was not the only point where Mikhail Beketov opposed the authorities. Since he began to publish the Khimkinskaya Pravda early in 2007, this newspaper became a truly alternative source of information for Khimki residents. He systematically criticized the course perpetrated by the authorities and took aim at the authorities’ neglect of the social and environmental interests of the majority in favour of the profit of a few “close friends“ of those in power. It is a pity that in the case of Khimki Forest, European business took side of those in power rather than of people like Beketov – Vinci still refuses to take seriously its contribution to corruption, destruction of the environment, and suppression of civil society in Russia.

Many top officials, including President (then Prime Minister) Vladimir Putin in October 2011, promised to find the criminals, who had attacked Beketov in November 2008. All these promises remained void. No culprits have been caught. And there is a strong suspicion that nobody has ever tried to investigate this crime seriously.