United in spirit with yesterday’s blog post on the European Bank for Reconstruction and Development’s coal lending, Visar Azemi from the Kosovo Civil Society Consortium for Sustainable Development calls on the UK government to not support the Kosova e Re lignite power plant via the World Bank and make its promise to end overseas coal financing a reality. 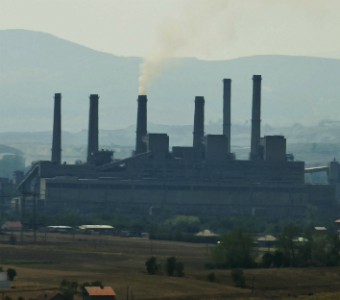 This article first appeared on KOSID’s blog and has been reposted here with kind permission by the author.

Amid the frustrating news coming out of this week’s climate summit in Warsaw it’s refreshing to see that the UK government has finally come out with a clear statement on its intention to halt investments in coal overseas, joining the US and Nordic countries who expressed similar commitments in September this year as a step in fighting climate change.

Nevertheless, as our enthusiasm about the US’s announcement was tempered by indications that it may still make an exception for the planned Kosova e Re power plant, we would urge the UK to make a public commitment that it will not support this project.

Kosova e Re does not fulfill any of the criteria, which outline the conditions for a country to be considered as an exception rare case. Kosovo is not one of the world’s poorest countries, not all the alternatives have been exhausted, and it is unlikely that Best Available Techniques will be used.

This should be taken seriously by the UK government, when considering decisions of the World Bank and EBRD on whether to invest in a 600 MW coal-fired power plant in Kosovo. Kosovo is currently producing 98% of its electricity from lignite, and only 2% comes from a small hydro plant. With a high level of technical and commercial losses which reach about 40% of the total production, investment in large, inflexible generation capacities is not necessary. Energy efficiency must be the first step to be implemented.

The EU countries should help Kosovo reach its targets on renewable energy capacities (25% by 2020), which are freely available and would diversify the energy mix in the country. This would contribute to the EU’s policy of de-carbonization of the energy sector and join other countries in fighting climate change.