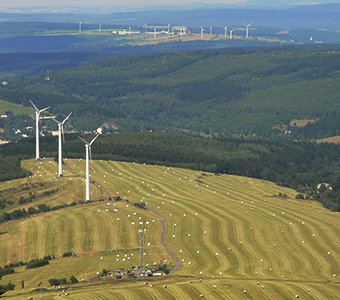 There are many impressive numbers related to Germany’s Energiewende but this one is from my perspective nearly incredible (I’m a campaigner for renewable energy in the Czech Republic): 35 percent of the installed renewable capacity is owned by individuals (pdf) and an additional 11 percent by farmers. Small investors have the same importance as utilities, banks and industrial companies in the large German renewables fleet that produces 160 TWh electricity per year – approximately twice as much as all power plants in the Czech Republic. Germans do not only own solar panels on their rooftops (although there are more than million of installations), but many of them are shareholders in big projects.

Arguably, the success of Germany’s Energiewende is very much based on the citizens’ involvement. A new wind power plant project has a much better chance for realization when local inhabitants consider it „partly their turbine“. Yet unfortunately, this German model of citizen power cannot easily be transferred to the Czech Republic to boost end stagnating development of renewable energy.

The pooling of financial resources for project like wind power plants has no tradition for people who can actually invest money. Positive experiences with cooperatives are only from interwar times and have been largely forgotten.

There is one venue, however, that may indeed enable a more people-powered Czech renewables development: municipalities. Municipality-owned and coordinated renewable energy projects can be found in Sweden, Finland or Denmark and have the advantage, from a Czech perspective, that municipalities are trustworthy institutions for most of Czechs.

The challenge at the moment, and the main obstacle for new renewable power projects in the Czech Republic, is to make renewables projects profitable for municipalities in order for municipal councils to approve them. After the Parliament’s complete rejection of feed-in tariffs and a green premium system in 2013, new renewable power plants cannot compete with fossil fuels installations that, in 2015, received 1,522 euros per capita in subsidies in the Czech Republic (the third largest amount in the European Union) and don’t include externalities like environmental and health impacts into their costs. As a consequence, no new wind power plant was built in the Czech Republic in 2015.

Therefore, Bankwatch’s Czech member group Hnutí DUHA together with lawyers from Frank Bold Society prepared a legislation amendment which would enable the development of municipal wind power plants. The support scheme principle would be based on the green premium system (a guaranteed surcharge for each kilowatt-hour sold on the market) in the same way as it has been before 2013. Yet, projects would only be eligible for the green premium operational support if the investor offers a 30 percent ownership share to municipalities situated up to 10 kilometers from the wind power plant and citizens living in the area.

This proposal could help to restart stagnated clean energy sector and involve municipalities in positive development projects. In the next months, our organisations will work to gain political support for the proposal.