The EBRD’s involvement in the Ombla hydropower plant project has from the start been a story of insufficient scrutiny and cutting procedural corners, followed by an attempt to patch things up by commissioning a belated nature impact assessment. The assessment highlights the Ombla area’s natural importance and captures some of the harm that would be done by the dam, but fails to draw the right conclusions, says Jagoda Munic, President of Friends of the Earth International and Biodiversity Programme Co-ordinator at Zelena akcija/Friends of the Earth Croatia. 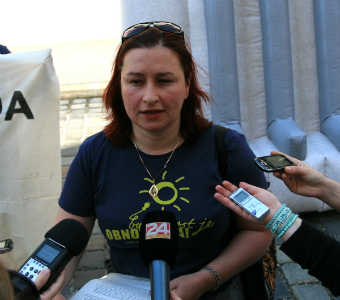 When the EBRD prematurely approved the Ombla hydropower project in November 2011 – before the project’s environmental impacts had been properly assessed or publicly consulted – it did so on the condition that the project promoter, Croatian electricity company HEP, carried out an assessment of the project’s impact on flora and fauna of the Vilina Cave – Ombla Spring protected area. This assessment confirms that the site in question is among the most diverse such habitats in the country.

The research shows that the construction of the Ombla hydropower plant would have irreversible and long-lasting impacts on the Vilina Cave – Ombla Spring system and could permanently destroy habitats that are set for protection as part of Croatia’s future Natura 2000 network and already form part of the country’s National Ecological Network. While some mitigation measures exist for certain individual species, the effectiveness of these measures are unknown, and no mitigation is possible for habitats as a whole.

To be more specific, in the study altogether 68 cave species were identified, of which almost all are endemic to the Southern Dinaric region in southern Croatia and Western Bosnia, and many are endemic to the narrower region around Dubrovnik . The study finds as many as 14 species are endemic to the Vilina Cave – Ombla Spring site alone.

However, rather than admitting that potentially wiping out tens of endemic species and destroying critical habitats means the project cannot go forward, the assessment concludes that the project will go on, garnished with some almost laughable ‘mitigation measures’ such as making a new concrete cave for some of these extremely choosy species to live in.

Such damage might, according to Croatian law and the EU Habitats Directive, be justified – but only if the project is of overwhelming public interest. If the project brought exceptional economic and social benefits, then it could potentially go forward in spite of the damage to the environment. However the Ombla hydro plant looks set to bring neither, and in fact a leaked 2011 study by EBRD-hired consultants suggests just the opposite.

With the damage that the Ombla project will have on critical natural habitats, along with its questionable economics and the skewed consultation process to date, it is high time for HEP, the EBRD and the Croatian government to finally look at the evidence and stop pushing the Ombla hydropower plant forward.