The Stanari lignite power plant in Bosnia officially starts operations today. If we are to have any hope of tackling climate change, it had better be the last one in the region. 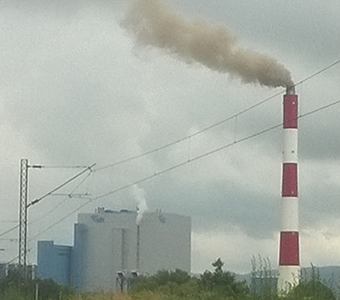 This article first appeared on BalkanInsight.

Plans for the Stanari power plant date back to at least 2006. That might not seem that long ago, but an astonishing amount has changed in the last ten years.

Political commitment to tackling climate change has grown, as has the inclusion of renewable energy targets in EU legislation.

The falling costs of renewable energy, uncertainty about future payments for greenhouse gas emissions and the costs of pollution control equipment to meet EU standards have together made new coal plants uneconomic to build.

Financing is more and more difficult to obtain as banks increasingly stop financing coal. Only a handful of EU countries, like Poland, are still planning new coal power plants. Seven EU countries are coal-free already, and five more are expected to phase out coal by 2025.

Against this background, Stanari is a relic from the past even before it starts work.

Not only does it run on lignite, the most polluting and climate-damaging type of coal, but neither the Republika Srpska government, nor the plant developer, EFT, seem to have noticed that EU legislation was changing while the project was being developed.

Back in 2008, pollution levels from power plants were governed by the EU’s Large Combustion Plants Directive. But, in 2010, the Industrial Emissions Directive was approved, which stipulates stricter pollution limits.

Next year, the situation will change again, with the adoption of the new EU Best Available Techniques document, which is expected to tighten standards further and introduce limits for mercury.

Stanari may operate in line with the Republika Srpska legislation, but it is unlikely to comply with current EU standards.

Stanari is the first coal power plant to be built for decades in the Western Balkans, but it had better also be the last.

Coal is a major contributor to climate change, and there is no filter that can reduce emissions of greenhouse gases.

Coal can emit dust, sulphur dioxide and nitrous oxides, but when it comes to greenhouse gases, there is no commercially available technology that can do anything about it.

Western Balkan countries may not feel responsible for a large share of greenhouse gases globally, but, as aspiring EU members, they still need to do their share to reduce emissions.

As countries that currently use energy very inefficiently compared to most EU member states they could also save a considerable amount of money by saving energy.

There is no way round it; coal needs to be phased out.

This doesn’t mean closing all coal plants tomorrow, but stopping plans for new ones is the first place to start. Climate is not the only reason: any coal plants built now will be with us for the next 40 years. If it turns out that they are uneconomic after five or ten years, we are stuck.

That is pretty much what happened at Sostanj unit 6 in Slovenia, when it became clear, even halfway through the plant being built, that its economics were on shaky ground.

The decision to build the plant had been pushed through government with little debate and ended up a disaster. The construction costs doubled to almost 1.4 billion euros with predicted losses of 70-80 million euros a year for the state-owned holding Slovenske Elektrarne during the first few years of operation.

Yet this lesson is not being heeded by Western Balkan governments, particularly in Bosnia and Herzegovina, where at least four new plants are planned – Tuzla 7, Banovici, Ugljevik III, Kakanj 8, and depending on how near elections are, also Gacko II, Kongora and Bugojno.

At least one more plant, Kostolac B3, is also planned in Serbia, with several more potential projects listed in its energy strategy.

Montenegro is rushing to get the uneconomic Pljevlja II project signed before new rules prevent the Czech Export Bank from financing it. Kosovo seems similarly determined to bankrupt its residents with the notorious Kosovo C.

As a private investment, no information about Stanari’s economics is available and it remains to be seen how it will stand up under current low electricity prices.

However, some recent developments raise questions. In July, the Republika Srpska authorities were widely criticised for changing the charges for the concession so that EFT has to pay 50 million euros less over the lifetime of the concession than was previously set.

Meanwhile, in the Federation of Bosnia and Herzegovina, the country’s other entity, the feasibility of the planned Tuzla 7 and Banovici coal plants also remain a mystery despite being public-sector projects.

In a recent documentary, Banovici director Munever Cergic cited Banovici’s expected cost of generation at 50 euros per MWh – although he looked as if he had just pulled the number out of thin air.

A former director of Elektroprivreda BIH, Amer Jerlagic, said in the same documentary that this figure could not be real. He explained that as electricity prices are currently very low, it is questionable whether Tuzla 7 and Banovici are commercially viable.

In Montenegro, while more data is available for the Pljevlja II plant, the conclusion is the same. The government is pushing the project against all logic, and its attempts to make it look feasible have involved numerous unrealistic assumptions.

They include the unfounded claim that Montenegro will be able to exempt the Pljevlja plant from paying for EU carbon allowances until 2026.

What is frustrating is that all of these countries have good renewable energy potential, especially in solar power. They also have huge opportunities for energy savings, and, with strong leadership, could get ahead in de-carbonisation relatively quickly.

They have relatively small levels of demand, coupled in most cases with relatively good interconnections with neighbouring countries. Yet, as a recent analysis shows, they are still investing more than twice as much in coal as in wind power.

Given all the above, perhaps it sounds unlikely to suggest that Stanari could be the last new coal plant in the Western Balkans. But why not? Much, much stranger things have happened.