The energy sector damages rivers, lakes and other habitats in the countries participating in the Energy Community Treaty, and the Treaty’s current rules are not sufficient to protect them. Our new analysis shows how the EU’s nature and water Directives can be adapted to help address this problem. 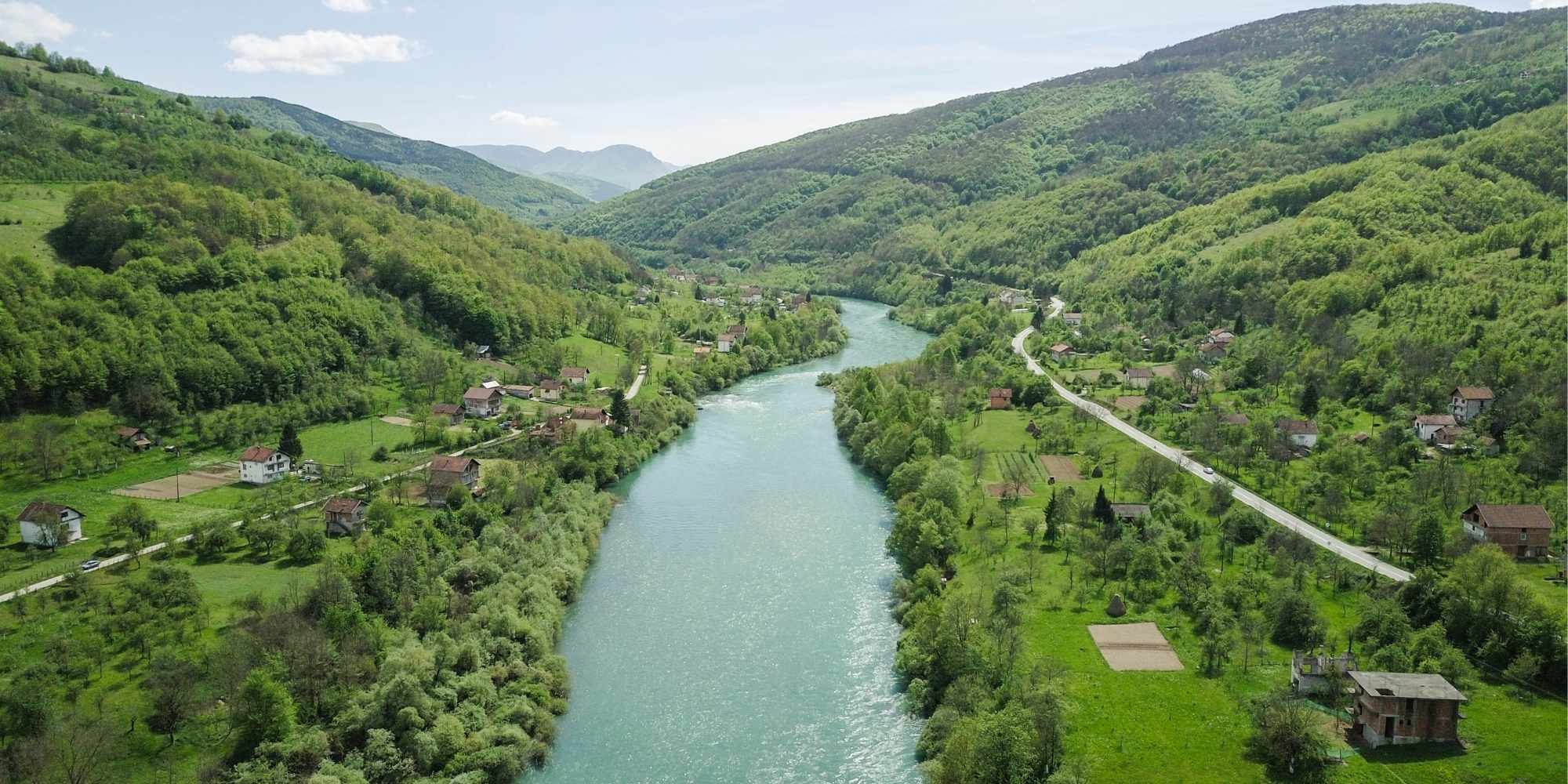 The Upper Drina, Bosnia and Herzegovina, is threatened by hydropower construction. Photo: Matic Oblak for Center for Environment

The Energy Community Treaty currently covers some of the most biodiverse regions in Europe. From the steppe and forests of Ukraine and Moldova, to the mountains and rivers of Georgia and the Western Balkans, these countries have a stunning range of species and habitats, including beautiful  and well-preserved rivers.

What they also have in common is that they are inadequately protected from human activity. Despite the nomination of numerous sites as part of the Emerald Network under the Bern Convention, plans to ensure the Network was fully protected by 2020 were not met, by a long way.

Threats to nature come from many sectors, including agriculture, waste, transport and industry, but in recent years, the impact of the energy sector has been especially pronounced in the Western Balkans and Georgia, due to a rapid expansion of hydropower.

While it is clear that hydropower blocks fish migration and decreases water quality, in reality, its impacts are much wider. For example, small plants often completely dry up the riverbed downstream of the water intake, clearance of forests for reservoirs and access roads destroys habitats and causes erosion and landslides and local people often lose access to water for their livestock or crops.

But hydropower is far from the only form of energy that endangers rivers and other habitats. Coal and nuclear plants heat up water bodies by discharging spent cooling water, coal mining and ash dumps endanger groundwater and rivers, biomass endangers forest biodiversity, wind farms and transmission lines can affect birds and bats, and we have all seen what oil spills can do.

The wild beauty of the Energy Community countries by Bankwatch

When the Energy Community Treaty was signed in 2005, its authors recognised that if the EU’s neighbours were to be allowed to participate in the EU energy market, some environmental safeguards would need to be put in place. Obligations to carry out environmental impact assessments were included in the Treaty, as well as an obligation to protect wild migrating birds and limit air pollution from power plants.

In addition, smaller projects such as hydropower plants, are often exempted from undertaking environmental assessments due to their small installed capacity, yet their damage is considerable. This is partly due to failure to properly screen projects under the environmental assessment legislation, but it is also a reflection of the gap left by not having the full range of EU nature protection law as part of the Treaty.

If these countries are participating in the EU energy market and trading electricity with EU countries, they need to play by the same rules in order to avoid unfair competition. The same goes if they want to benefit from the energy transition. Renewable energy can bring many benefits, but when not well planned, it can also damage biodiversity. This has already happened with hydropower but can easily happen with poorly-sited wind farms and uncontrolled use of forest biomass in particular.

Their underlying assumption is that areas protected as Natura 2000 sites and water bodies such as rivers and lakes should not be harmed unless there is truly no other option. They define under what circumstances it is allowed to decrease the quality of water or build infrastructure in protected areas, and stipulate what needs to be assessed in order to take such a decision.

For this reason, Bankwatch and partners have undertaken an analysis of how these Directives can be incorporated into the Energy Community Treaty, bearing in mind its energy-sector mandate. In our opinion, any energy projects potentially impacting on the existing network of nominated candidate Emerald sites and other protected areas, or on watercourses, should be subject to assessments under the Directives, to understand whether they can go ahead.

In fact, most of the countries have already started to implement these Directives, particularly the Water Framework Directive, within the framework of agreements with the EU, and under the Danube River Protection Convention (ICPDR). The protection of Emerald sites and setting up of Natura 2000 sites in the EU accession countries is lagging, and needs to be speeded up, but under our proposal to start by using already protected or identified high-value natural areas as the basis for assessment, protection of these areas from new energy projects does not need to wait.

Likewise, although the implementation of the Water Framework Directive with the EU clearly needs to be improved, in 2019 the Commission also concluded that it has been successful in setting up a governance framework for the EU’s water bodies, slowing down the deterioration of water status and reducing chemical pollution, and that it is generally fit for purpose.

As the Energy Community countries increase their share of renewable energy, better nature protection is becoming more and more crucial. Clearly a great increase in renewable energy is needed in the countries, but it must not come at the expense of biodiversity.