Home > Blog entry > Hungary and the Energy Union: The devil is in the details

Hungary needs to transform its energy sector. But can the Energy Union kickstart such change? The vision presented by the European Commission’s Vice President Maroš Šefčovič includes a few promising nuggets, but overall risks reinforcing the status quo. 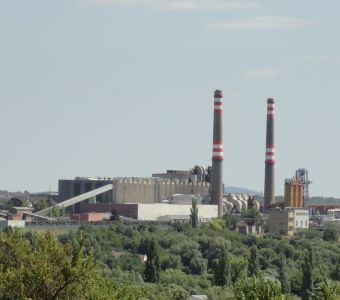 In a series of blog posts, Bankwatch campaigners are weighing in on the implications that the EU Energy Union, as laid out by Vice-President Šefčovič, could have for each of the countries.

For more introduction, see the first installation in our series on the Czech Republic, the world’s fifth largest electricity exporter. Don’t miss the next post on Latvia.

On his visit to Budapest in mid-June Vice President Šefčovič praised Hungary for being on track to meet its 2020 greenhouse gas emissions target, as well as its targets on energy efficiency and renewables. But this can hardly be considered a great effort. In the sectors not falling under the Emission Trading Scheme (non-ETS sectors such as transport, agriculture, buildings and waste), the Hungarian target was in fact a 10 percent rise above 2005 levels.

At the same time, the country’s renewables target is being met mainly through expanding unsustainable biomass, while solar and wind power investments are discouraged due to a generally insecure environment for investments: limited EU funding for citizen and community renewables, an unfavourable feed-in-tariff system, and a recently introduced solar panel tax.

Hungary is heavily reliant on Moscow for its energy with 80 percent of its gas and 100 percent of its nuclear fuel imported from Russia, an issue Šefčovič made sure to stress in his Budapest speech. But the Hungarian government’s latest energy investment plans effectively bolster its bilateral relations with Moscow: a Russian loan for the Paks-2 nuclear power plant and also the Gazprom-led South Stream gas pipeline is still on the table.

While the dependency on Russia is problematic for obvious reasons, some important elements of the Energy Union, like swapping Russia with Azerbaijan or other autocratic regimes as providers of natural gas and nuclear fuel would not necessarily make Hungary’s energy supply more secure. And building more oil refineries, liquid natural gas (LNG) terminals and oil pipelines will certainly not make Europe any more climate-friendly.

Ultimately, the Energy Union must be about reducing countries’ reliance on gas and other fossil fuels, not just choosing between South Stream or the Southern Gas Corridor. With the falling gas demand in Europe and Hungary, and the still enormous potential for an increase in energy efficiency in Hungary, that Šefčovič acknowledged, this would not have to mean risking energy supply.

Now that Hungary finally decided to transpose the EU’s Energy Efficiency Directive – and not without an embarrassing infringement procedure – the government will hopefully realise the counry’s huge potential in boosting energy efficiency in residential buildings. That would be much more meaningful than government officials’ populistic mantra of „decrease energy bills at any costs” that has been used to justify far-fetched and unrealistic fossil fuels or nuclear infrastructure investments.

The European Commission’s assessment of Hungary suggests that EU financial instruments like the European Fund for Strategic Investment (EFSI) and the Emission Trading Scheme (ETS) can be used for targeted investments into energy savings as well as energy efficiency in buildings and in transport. ETS auctioning revenues in Hungary have already been used for improving energy efficiency in buildings but the government needs to ensure that most of the revenues serve this purpose if Hungary is to meet its energy efficiency targets.

For the transport sector, if past mistakes are to be avoided, the focus should be on support for better spatial planning and for railway development instead of the current tendency to favour unnecessary highways that are environmentally and socially harmful.

Speaking of financing tools, it will be important to introduce clear selection criteria, instruments, and indicators to ensure that only sustainable projects receive funding from the EFSI and the European Investment Bank (EIB) that manages the fund. One questionable Hungarian candidate for EFSI support is Pannonia Ethanol’s bioethanol plant in Dunaföldvár. Once equipped with a carbon capture and storage facility, courtesy of EFSI funding, it will be one of Europe’s biggest bioethanol plants. But funding Hungary’s large biomass projects, with their massive land and ecological footprints, and that could later be greenwashed as ‘green transport’ or ‘renewable energy’ is but one example for the risk of false solutions that has to be averted.

Similarly, the ETS allowances modernisation fund mentioned in Šefčovič’s speech in Budapest runs the risk of being used, for instance, to finance carbon capture and storage facilities which would only sink more money into costly, false solutions riddled with uncertainties.

Lastly, it is encouraging to see Vice-President Šefčovič calling for citizens „to take ownership of the energy transition”. These words need to be put into action with real financial support to help communities and municipalities become active players in the energy market. Because what could better reduce the dependence on one supplier than making citizens and communities provide the energy Hungary needs?