There are many reasons why the Nenskra hydropower plant in Georgia should not be built at all. The project is set to have devastating environmental and social impacts, and its economics are particularly shoddy. 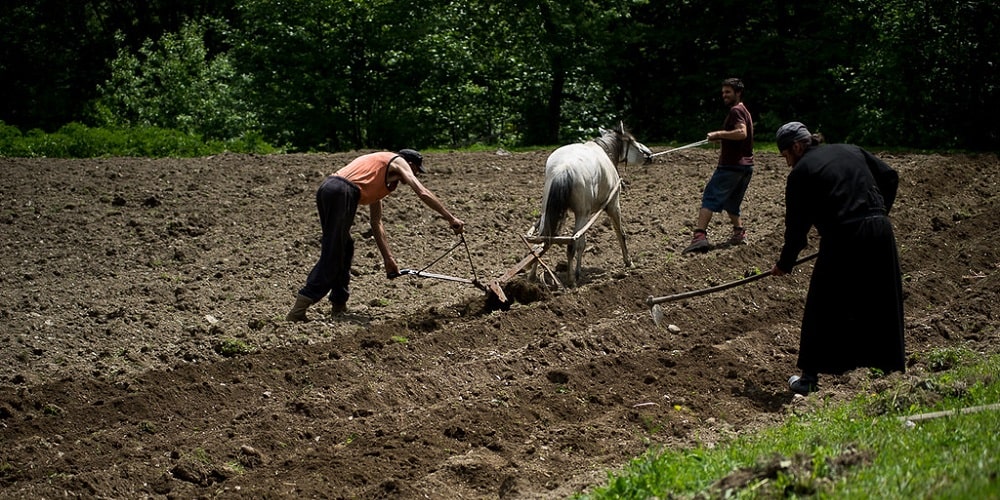 The European Investment Bank (EIB), which approved a USD 150 million loan for the project in January 2018, keeps refusing to acknowledge this.

The project area is home to the indigenous people of Svans, whose rights to the lands are protected by EU commitments, such as the Council Conclusions on Indigenous People recognising the rights of indigenous peoples, and the EIB’s own standards. Instead of acting on them, the bank works hard to find new creative ways to deny the Svans their  status.

Unique heritage on the line

The Nenskra hydropower plant is located in Upper Svaneti, a region in Georgia known for its glorious natural beauty and the unique culture of the Svan people, who continue to cultivate their traditions and pass the Svan language down generations.

It is estimated that Svans constitute approximately 1 per cent of the Georgian population.

Nenskra is not the only hydropower project threatening to sweep this culture away. Over a thirty other projects are looming around.

Setting the appropriate benchmarks for the Nenskra project could put the Georgian government’s entire hydropower plan on the right track.

EIB backtracks on its own standards

The EIB’s social standards are intended to protect indigenous peoples and their cultures even if they are not recognised as such by their own countries’ legislation, exactly as in the case of the Svans in Georgia.

The bank’s standards rely on the International Labour Organisation’s Indigenous and Tribal Peoples Convention and set a number of characteristics of indigenous peoples to help the bank’s staff and project promoters to identify them when they could be affected by projects supported by the EIB.

Svans have all the characteristics of an indigenous population and therefore should benefit from the EIB’s framework for protection of their rights to self-determination.

On 4 March 2018, in reaction to massive infrastructure development plans, a traditional Svan Council meeting, Lalkhor, demanded to recognise Svans as ancient, indigenous, aboriginal, autochthonic people with appropriate rights for customary and community property in Svaneti.  Yet, the EIB’s decision not to trigger the standard effectively puts vague political interests over the rights of Svans.

In response to our information request the bank claimed its decision was consulted with “respected and highly qualified Georgian anthropologists” but it refused to disclose further details on the content and the identities of these advisors on the grounds of “protection of the public interest as regards international relations”.

This argumentation raises questions about the EIB’s project due-diligence process. The bank openly admits it may not disclose information due to the current geopolitical situation in Georgia and the sensitivity within the political debate of the status of the Svan population, however it fails to specify what this actually means.

Therefore, we had no other choice but to address this issue to the European Ombudsman.  Last month we submitted our complaint, requesting to investigate the non-disclosure of documents and information related to the Nenskra hydropower project, and were subsequently informed the European Ombudsman office is in contact with the EIB to resolve it.

The EIB’s understanding of “indigenous peoples” is truly puzzling.  The bank overlooked the fact that the environmental and social impact assessment (ESIA) for the Nenskra project has found that Svans do consider themselves a socially and culturally distinct group and are recognised as such by others.  Normally, this would satisfy the main characteristic of indigenous peoples according to the EIB’s standard.

Instead, it argues that Svans have not been identified as a national minority as per the definition under the Framework Convention of the Council of Europe, even though such identification is not even relevant for the legal determination of indigenous peoples.

The EIB’s assessment unreasonably contends that the Svans cannot be treated as indigenous peoples because they were not colonised or annexed by Georgia.

The bank also claims, contrary to the ESIA findings and scientific sources, that the Svan language is merely a dialect of Georgian.

In reality, the Svans face new forms of discrimination from the Georgian state and the political establishment – their traditional land tenure is not formally respected and their language is not recognised as a separate, regional language.

Although UNESCO defines Svan as a “definitely endangered language“, it is not legally protected in Georgia, whereas languages such as German, Armenian, and Polish fully benefit from the immunity under the European Charter for Regional or Minority Languages.

Instead of thoroughly evaluating the Svan case against indigenous peoples characteristics, the EIB chooses to focus on finding arguments that disprove the Svans’ legitimate status.

It is unfortunate that the EU’s bank prefers to surrender to the Georgian government’s arguments about a “sensitive political debate on the Svans’ status” in the interest of ambiguous “international relations” rather than firmly upholding its own standards.