So far the planning for Latvia’s use of the EU funds for the 2014-2020 period has been a reasonably positive experience from a partnership perspective. Yet the process that has, until recently, been notable for its transparency and high level of public participation is now in danger of being derailed. 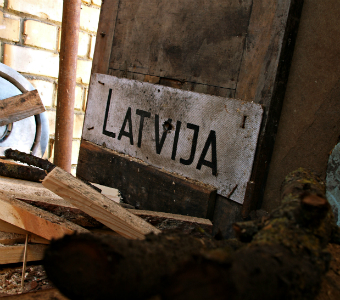 Alda Ozola is a representative of the environmental NGO coalition in the Latvian Temporary EU funds Monitoring Committee for the 2014-2020 period.

According to Latvia’s Ministry of Finance, when it comes to the national level programming of the future EU money, they have a huge lack of capacity – thus ‘partnership’ is having to be sacrificed. Latvian NGOs, however, believe that EU funds programming for 2014-2020 is of major importance – after all it will determine the shape of public investments in the country for the next seven year period. In this context, partnership, involving a wide range of stakeholders, should not be compromised.

Why did NGOs initially have such high hope for EU funds partnership in Latvia this time around?

The first phase was indeed very promising. NGO representatives were included in the working groups for the National Development Plan (NDP), and there were public consultations and feedback about comments received from NGOs and social partners, and key moments surrounding the plan were reflected and discussed in the media.

Moreover, transparency was to the fore in the process, with all key draft documents and submitted comments on the draft NDP being published online – this publishing of comments was a first in Latvia for such a public process. However, there was less transparency when suggested activities had to be prioritised.

When preparations for the 2014-2020 EU funds programming started, there were again some very hopeful signs concerning partnership. In September 2012 there was a ‘temporary monitoring’ committee established, allowing NGOs and other stakeholders to participate.

Among other things, this Committee had the task of “overviewing the preparation of planning documents for EU funds”; during a meeting of the committee in May this year, participants were able to exchange views on key issues to be addressed within programming. Although this committee has the potential to become a solid platform for stakeholder participation, unfortunately it hasn’t lived up to NGO expectations, at least not yet.

A return to the old ways

There are further signs that the Ministry of Finance, that holds key responsibility for EU funds programming, is retreating to its old habits by approaching ‘partnership’ in a very formal way. The closer the deadline (October this year) for submitting the draft Partnership Agreement (PA) and Operational Programme (OP) to the European Commission, the less participatory the EU funds programming process is becoming.

For example, the Ministry of Finance organised a public consultation process on the draft PA and OP. The document itself was drafted without any public involvement, but the draft was made available on May 3 this year. There was one month given (deadline: June 3) for the public and other stakeholders (ministries etc.) to express their views and comments on the draft documents, with public consultation meetings due to follow.

After June 3 the Ministry of Finance sent questions to line ministries asking for their views on thematic concentration, but no meeting or any other feedback to NGOs or other bodies who submitted comments has taken place. There had been a commitment to publish all comments online, yet this was not carried out. At the same time the Ministry of Finance continues to insist that it is ensuring meaningful partnership as part of the process.

Latvian NGOs have thus felt frustrated about the lack of feedback to their comments. Even proactively contacting ministries failed to throw much light on the developing process or the updated documents. Therefore, when we learned that the Ministry of Finance would report to the Cabinet of Ministers on the progress of EU funds programming on July 2, NGOs decided to turn up too and express their deep concerns about the partnership debacle.

I personally informed the Cabinet about NGO concerns regarding partnership and asked the Cabinet to task the Ministry of Finance with ensuring timely and systematic engagement with civil society. The outcome for now is positive: the Ministry of Finance has pledged to publish all received comments and the justifications for taking or not taking them into account. The ministry has also committed to organise a consultation meeting with NGOs in July. While this is still only a commitment, it appears to be a fairly concrete one as it is set out in the Cabinet’s meeting notes.

The nuts and bolts – what needs to improve in Latvia’s EU funds programming now?

Other than the stop-start nature of the public consultation process itself, there are several priority issues that Latvian NGOs have put forward in a bid to improve content aspects of the EU funds programming. These are chiefly: allocating money for biodiversity protection, integrating environmental and climate aspects throughout all of Latvia’s EU funded programmes, providing support for social enterprises, and permitting NGOs to be eligible beneficiaries in some activities.

Among the most actively involved actors in the EU funds programming has been the Environmental Advisory Council, a coalition of 20 national environmental NGOs, and the Public participation consortium, representing NGOs active in the areas of civil society development, environmental protection, rural development, health, education and culture. Both of these platforms are represented in the ‘temporary monitoring’ Committee of EU funds for the 2014-2020 period, and also use other available opportunities to get involved in the programming process.

The Environmental Advisory Council has already approached DG Regio on several occasions this year to express concerns about the lack of proper consideration being given to environmental priorities and nature conservation issues during the programming process for EU Cohesion policy 2014-2020 in Latvia. The risk, according to the Council, is that some marginal activities, such as buying an expensive helicopter for rescue operations that can’t be justified with growing climate change impacts, could be supported, while certain core challenges in biodiversity conservation could easily be overlooked.

For one thing, the EU Biodiversity Strategy 2020 foresees that full implementation of the EU’s Birds and Habitats directives is ensured by 2015. To do this in Latvia, the first steps should include mapping and assessing biodiversity (species and habitats of EU importance), as well as restoration measures covering several hundred square kilometres – this of course requires a significant budget that is probably not available via national funds.

Therefore, without targeted EU funds support, there is no possibility to restore at least 15 percent of Latvia’s degraded ecosystems and ensure favourable conservation status for at least 40 percent of species and habitats, as stipulated in the EU Biodiversity Strategy 2020. Yet, none of these measures are proposed for inclusion in the priorities for funding by Latvia’s Ministry of Environment.

Moreover, according to the Latvian Fund for Nature, currently Latvia is not delivering the main goal set out in major policy documents – to ensure favourable conservation status. No habitat inventory has been carried out and the preliminary monitoring data confirms the expert conclusions that several Annex I habitats and species are not in a good state – and that the situation has worsened since 2007.

For example, 60-90 percent of the grassland habitats within Natura 2000 sites are in a bad conservation state, and no measures have been taken to improve the situation. Therefore proposed tourism infrastructure funding is not sufficiently justified from the point of view of the priorities in biological diversity and ecosystem protection. We have been pointing out that construction of new tourism infrastructure will create an unnecessary burden for the future, as the state is currently not even able to maintain the existing infrastructure.

While it can be said that tourism infrastructure is a tool to protect the habitats from degradation due to pressure from tourism, this measure in particular is not a priority in the current context as it does not directly provide for improved conservation status for habitats of EU importance.

The clock is ticking as we count down to the 2014-2020 funding period. Meeting some of Latvia’s top environmental needs – as well as our EU commitments – can only happen via meaningful public participation and partnership, even at this relatively late stage in the process.