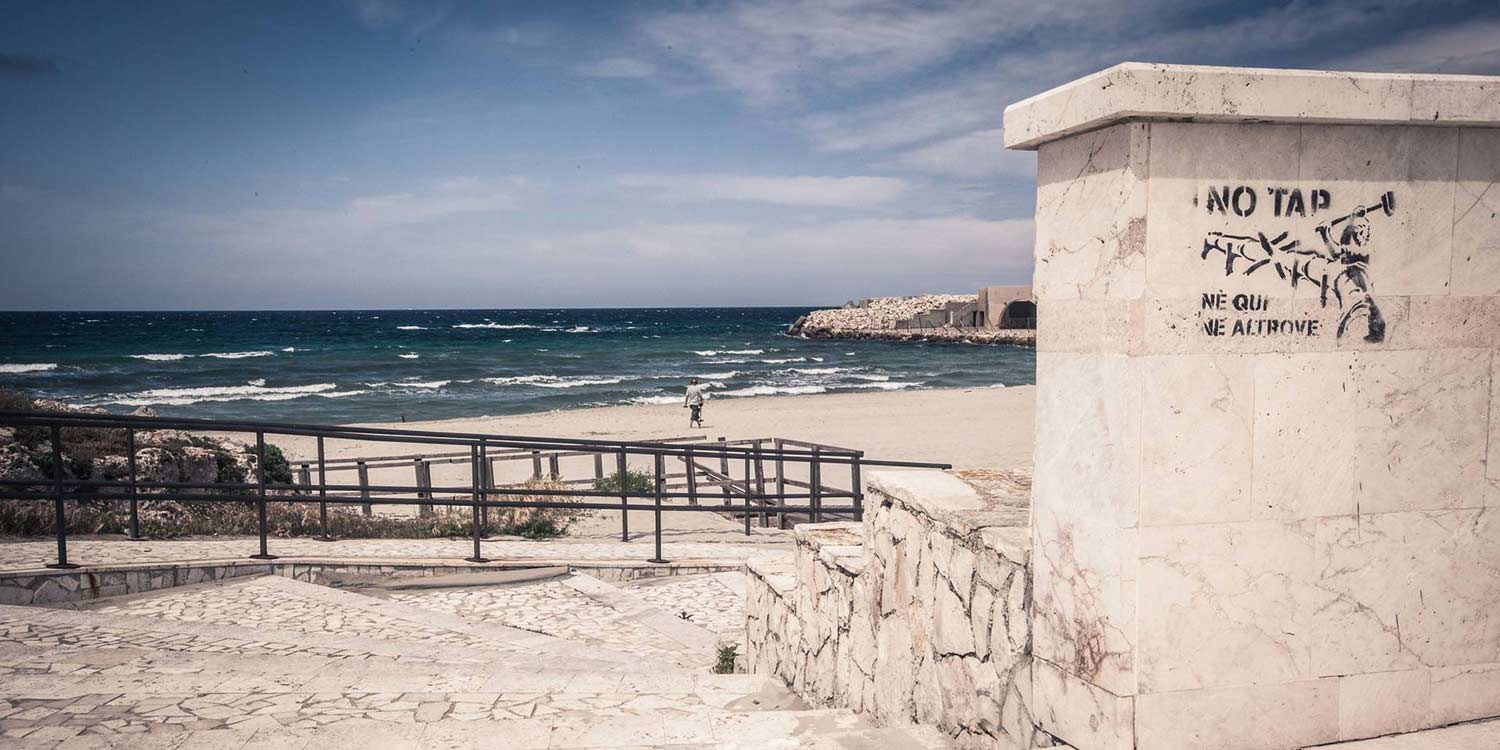 Resistance against the Trans-Adriatic Pipeline has been active for several years in the region. (Image by Laure Cops, Wouter Vanmol, Berber Verpoest)

Earlier this week, members of the No TAP Committee, a local civil society group, and residents from the town of Melendugno mobilised to protest against what appears like the beginning of the works on the Italian section of the Trans Adriatic Pipeline (TAP), the westernmost point of this gigantic energy infrastructure. The protesters have been met with fierce police response, and this development is an unprecedented escalation of a years long stand-off around the landfall site of the pipeline.

In the early hours of Monday (March 20), TAP excavators moved in, in a bid to uproot the olive trees and make room for the pipeline construction site. The trees are planned to be moved to a temporary storage facility and re-planted at a later stage, but local residents have objected to this solution, fearing wider damage to the environment.

The bulldozers first cut four trees infected with Xylella fastidiosa bacteria, but before they could continue with the rest local residents started gathering at the site. By noon, around seven hours after the beginning of the works, over a hundred people, including families with children, were present at the site, alongside a similar number of police.

The improvised sit-in protest had managed to halt the excavators and shortly later the mayors of Melendugno and another neighbouring town, together with two members of parliament from the Five Star Movement, approached the police and the prefect, the state’s representative in the province, to suspend the works.

The works at the olive grove are “illegal,” Michele Emiliano, Governor of the Apulia Region, was quoted by Italian news agency ANSA as saying, but “the regional government does not have instruments to stop a project that the government has told police to protect, an operation considered [by the national government] absolutely strategic.”

The next morning, four mayors, dressed in their ceremonial sashes, arrived at the site together with two members of parliament and 200 people, most of them residents of the nearby communities.

Trying to block the bulldozers, they were met with harsh police response that resulted in the injury of several people, including an elderly woman from Melendugno. The events have received considerable coverage in Italian media.

Agreeing to look into issues with the permit authorising the works, the prefect had made a formal request to TAP’s contractor to suspend the works for three days.

Yet protesters, determined to prevent the works from moving ahead, arrived at the site at 5.00am yesterday and today. Public assemblies were also held every afternoon.

The mayor of Melendugno has called for non-violent actions and respect of the law. He also stressed that people have the right to defend their land, and that if the company and the government breach the law by proceeding with the works without permits, residents will find ways to respond.