Local opposition against the Trans-Adriatic gas pipeline (TAP) is growing as an Italian mayor made clear in an open letter to the European Commission and European public banks. 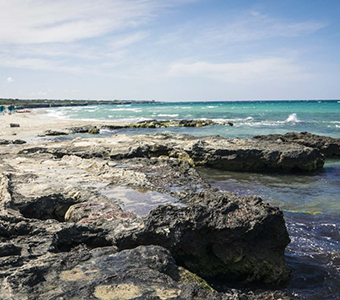 This blog post first appeared on the Counter Balance blog.

In an open letter [*] to the EU institutions an Italian mayor has voiced the local opposition to the Trans-Adriatic gas pipeline (TAP) in Italy. Civil society organisations and local authorities fear the pipeline will affect the environment and the safety of their communities and demand the EU not to finance the project.

The TAP will run from Greece to Italy via Albania and is part of the Southern Gas Corridor, a series of three pipelines which have to bring gas from Azerbaijan to Italy for the European market. The project is among the top priorities of the EU’s energy security strategy but faces fierce opposition.

The letter is signed by the Mr Potí, mayor of Melendugno, the town where the pipeline will enter Italian soil, and it reflects the positions of local civil society organisations and 40 other mayors from the region who have voted several motions opposing the project throughout the last years. The letter is addressed directly to the European Commission, the European Investment Bank (EIB) and the European Bank for Reconstruction and Development (EBRD) who are most likely to support the construction of the pipeline.

The EBRD is already financing the Shah Deniz II gas field that will supply the Southern Gas Corridor and has stated that it is interested in financing TAP. Also the EIB has recently been approached by TAP AG, the consortium behind TAP which is based in the Swiss canton of Zug, one of the world’s most secretive jurisdictions.

As the pipeline will be crossing dunes, pinewood, rural trials with olive trees and state roads, local administrators and residents fear that it will seriously impact the region which is mainly oriented towards tourism and agriculture. Safety is another concern related to a pressure reduction plant which will be built in the town of Melendugno where the pipeline enters land. An environmental impact assessment has still not been approved for the connection between the pressure reduction plant and the national gas network 50km further on in Brindisi.

For these reasons local authorities have negatively assessed every step of the project but their concerns have not been taken into account by the relevant authorities. The letter calls on the EU institutions and the Italian government to engage in an “open debate on alternatives to TAP” involving all regional stakeholders in order to overcome the “lack of democracy” which has marked the decision making process so far. The selection process for so called ‘EU projects of common interest’ should be revised to better integrate the views of EU citizens and impacted communities in the EU as well as from where the energy sources derive, it is argued.

Interestingly, the letter questions the energy security argument which the European Commission uses to justify the project. Can energy security be increased by depending on an authoritarian regime which doesn’t respect human rights, the letter asks rhetorically. Shouldn’t we focus on more sustainable and commonly owned sources of energy to secure our energy independence, is another such question.

TAP keeps on heating the debates in the South of Italy. In the upcoming local elections all candidates have already expressed their opposition to the project which is immensely unpopular with the local population.

But also outside of Italy the opposition rises in parallel with the doubts over the energy security potential of this project and the cost of it, not only financially but also in terms of human rights and the environment.

The arguments of local authorities and citizens show the incompatibility of the project with the EU’s own human rights and environmental policies. It remains to be seen how the EU will address this policy incoherence and whether it is willing democratise the decision making process and take into account the concerns from the affected people locally.

* You can also read the Italian version of the letter (pdf)