A recent audit showed that Ukraine lacks good management at least as much as finances to reform its energy sector. EU money is meanwhile siding with a tainted company. 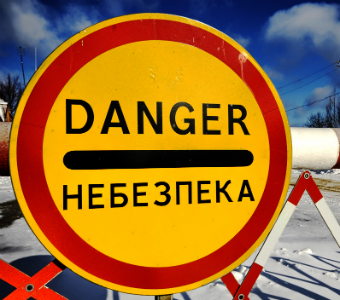 In our attempts to promote the development of renewable energy in Ukraine, we constantly hear from officials: “We’re a poor country, we have no money for renewables”.

That this is just a weak excuse confirmed a recently leaked official letter by the State Financial Inspection of Ukraine (SFIU). The letter, presenting results of their operational audit of nuclear power plants operator Energoatom shows how the company has used public funds inefficiently, costing Ukraine millions and millions hryvnias.

How the dismissal of Energoatom’s president two days ago is related to this audit has so far not been established. But what the audit shows is that it is not simply a lack of money but the systemic mismanagement of public funds that drains resources away from important investments in Ukraine.

The letter notes that an SFIU audit from January to May 2012 revealed “numerous legal violations” which led to almost EUR 123 million losses (1 229 million hryvnas). The majority of these – according to the letter, “systemic” – violations concern laws on public procurement.

The letter also says that most of the auditors’ recommendations and demands were not taken into consideration by Energoatom and “in the majority of cases are being openly ignored: biddings are not cancelled, contracts continue to be made in violation of the tendering law”. (See page two of the SFIU letter at the end of this article [ukr].) The few recommendations that were taken into account during the time of the audit, amounted to only 5 per cent of total violations found (or 56,9 million hryvnas).

Energoatom’s losses versus nuclear safety – public money to the rescue

EUR 123 million are no peanuts for Energoatom. They could account for forty per cent of a EUR 300 million loan that the company is seeking from the European Bank for Reconstruction and Development (EBRD) to finance the planned Nuclear Power Plants Safety Upgrade Programme (SUP) – a project that Bankwatch has a thing or two to comment on, most importantly that it will factually help keeping outdated nuclear reactors running. Together with a potential EUR 300 million loan by Euratom, European institutions would provide a bit less than half of the entire project costs of EUR 1,45 billion.

Besides the questionable appropriateness of the SUP project for EBRD funding, there are also those remaining doubts over the outcome of an earlier Energoatom project financed by the EBRD and Euratom in 2004: Eight years after approval of the controversial K2/R4 reactor modernisation, we still see a number of unfulfilled commitments (pdf) made by Energoatom and Ukraine, and the EBRD management has not allowed public access to their assessment of K2/R4 achievements.

Moreover, the results so far of the SUP project point in a similar direction: during a board meeting of Ukraine’s Nuclear Regulatory Inspectorate in March this year, the State Nuclear Regulator stated [ukr] that targets for the SUP for 2011 were not met as not all safety measures were implemented as planned.

I wonder whether the money and time lost over the manipulation of tendering procedures would have been enough to complete the most pressing safety measures. Would it still be necessary to further increase the company’s debt (already at EUR 470,9 million, according to the SFIU letter) by as much as EUR 600 million?

That much public money could be put to better use. Ukraine has a great potential to meet its electricity needs by reducing our intensive energy use and developing renewable energy sources. Promoting and supporting this promising green energy sector in Ukraine, and helping Ukraine with shutting down old nuclear reactors would achieve a much safer and more sustainable environment at Europe’s eastern border. This is what EU and EBRD money should focus on.

Granting, instead, a loan to Ukraine’s nuclear energy monopolist with fraudulent managerial practices leaves practically no chances for taking us that far.