A new law that will redraw the Czech Republic’s approach to renewable energy is suspected to bring the development of the Czech renewables sector to a standstill and instead provide a boost for the country’s fossil fuel sector. 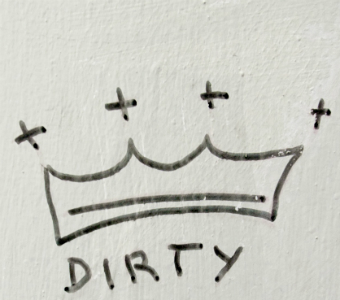 No sooner had Polish prime minister Donald Tusk reaffirmed his preference for fossil fuels last week – “The future of Polish energy is in brown and black coal, as well as shale gas”, he told an audience last week in Katowice – than the Czech Senate approved a bill on Friday to revise the country’s renewable energy legislation that will not only seriously undermine the development of clean energy but, stunningly, will also provide a major boost to energy plants that burn fossil fuels.

This Kafkaesque situation, that has swept through both chambers of the Czech parliament at breakneck speed, also has worrying implications for the upcoming deployment of EU budget money intended for low-carbon projects and initiatives.

The political scene in the Czech Republic has been hamstrung for some months now, with the latest major scandal – there have been more than a few in the last fifteen years – bringing down a fragile and deeply unpopular coalition government over the summer. The latest round of parliamentary elections are set to take place in October, following a messy no confidence vote against President Milos Zeman’s hastily convened interim government.

Yet despite politics effectively being on hold in the country, this newly proposed law that will redraw the Czech Republic’s approach to renewable energy – environmental groups and renewable industry groups fear that the legislation will bring the development of the Czech renewables sector to a standstill – has whistled through the parliament, and now awaits inevitable sign-off from Zeman.

What explains all of this?

According to a spokesman for the country’s dominant, 70 percent state-owned energy giant ČEZ, “Definitely we welcome (today’s Senate decision), it’s a step in the right direction, to gradually limit the spiral of support for renewable energy which has deformed the entire market”.

This ‘deformation’ of the Czech energy market, stemming from the introduction of generous feed-in tariffs – subsidies – for solar photovoltaics in 2007, is not an incorrect summation, yet it conceals a host of other factors.

Though never acknowledged by the likes of ČEZ and other major energy players, the ill-conceived feed-in tariff that has catalysed the Czech ‘solar boom’ in recent years did distort the energy market and bring about public anger towards renewables because of rising electricity bills – but this was precisely down to the tariff regime encouraging major energy investors, including CEZ, to move massively into photovoltaics, assured as they were by guaranteed, highly advantageous rates of return.

And if the public were getting it in the neck through rising bills that picked up the cost of the feed-in tariff regime, the government of the day dithered over taking action that could have stemmed big energy’s solar bonanza. Indeed, the minister of industry at the time, Vladimír Tošovský, is a former director of ČEZ Trade.

When the proposals to revise the ‘supported energy sources law’ came to light some months back, they were criticised by the International Energy Agency (pdf) – and it’s not hard to see why.

In line with big energy’s successful ‘punishment’ narrative for genuine renewable energy, feed-in tariffs for wind and solar energy will now be phased out. Eligibility for subsidy support will apply instead only to hydro power (up to 10 MW), combined heat and power plants (including existing plants using coal and gas) and so-called ‘secondary sources’ – this will see the subsidising of biomass used in waste incinerators, hence providing the unsustainable, and unpopular, incineration sector with a vital boost. In financial terms, under the new law support for incineration and fossil fueled CHPs is estimated at CZK 1.8 billion, or EUR 72 million (pdf).

Support for electricity production from all other sources of energy will cease as of one minute past midnight, January 1, 2014.

And it’s precisely at that moment when we will enter the new EU budgetary period for 2014-2020.

My expectations, as well as those of other Czech environment groups, about the next seven year spending period’s potential to boost our clean energy development have been cautiously optimistic. After all, we’ve seen at the EU member state level a determination to channel 20 percent of future EU spending at low carbon projects and initiatives.

However, the new fossil-fuel heavy preferences laid out in the revised renewables law have already been reflected in EU spending proposals under the Czech Republic’s main programming line for ‘renewables’, the so-called Operation Programme for Enterprise and Innovation for Competitiveness (OP EIC).

OP EIC has clearly been targeted by the Czech Heating Association, one of the most powerful lobbies in the country that includes ČEZ, other major energy suppliers (including some coal power plants), as well as the owners or developers of waste incinerators. The Association’s CEO is none other than former prime minister Mirek Topolánek, forced to resign from office a few years ago after yet another embarrassing scandal. As Czechs say of our disgraced politicians, ‘They may exit out the door, but sure enough they’ll be back through the window.’

A double heist, then, is shaping up under the guise of ‘clean energy’ support – both at the national level, via the soon to be rolled out new feed-in tariff scheme, and potentially through subsequent EU funds support. It is absolutely imperative that the European Commission, in its EU budget negotiations with the Czech authorities before the end of the year, is alive – and wise – to what is being attempted.

Not only are these developments extremely bad for the environment, but the ‘double heist’ scenario is also bearing down on the Czech public.

Fed the line that they are being allowed to escape from the chains of high cost, publicly subsidised renewables, the new law will still be a burden – only now they are about to start feeling the feed-in tariff for waste incineration, the co-burning of biomass and coal-based combined heat and power plants, not only in their pockets but also in their environment.