After hitting a snag, the Khudoni dam in Georgia’s mountains is back in the game threatening to expropriate private lands and to bump up electricity prices for Georgian consumers. The controversial changes in an amended contract have inflamed the passion of the Svans who have for years tried to protect their communities from flooding. 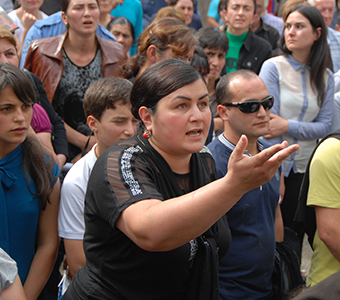 For the past nine years, the residents of Khaishi, a community of Svans, an ethnic group in north west Georgia with its own language, laws and traditions, have lived in uncertainty over their livelihoods, homes and lands that stand to be flooded by the planned 702 MW Khudoni dam. Their future looks grimmer than ever with the Georgian administration apparently agreeing to land expropriations for the project.

In a revised contract (pdf) with the developer, the British Virgin Islands-registered Trans Electrica Limited, the Georgian government apparently concurs that the company has exhausted the means for registering ownership of the private lands in Khaishi and hence these lands can be expropriated.

After Trans Electrica has taken years to apply for a construction permit, the Georgian administration, in an attempt to accelerate the permitting process, approved amendments to the agreement in September 2015. The amendments were not publicly consulted with the affected communities. Only an English version of the document was released a month after the new contract was signed, preventing the Georgian natives from understanding its content. 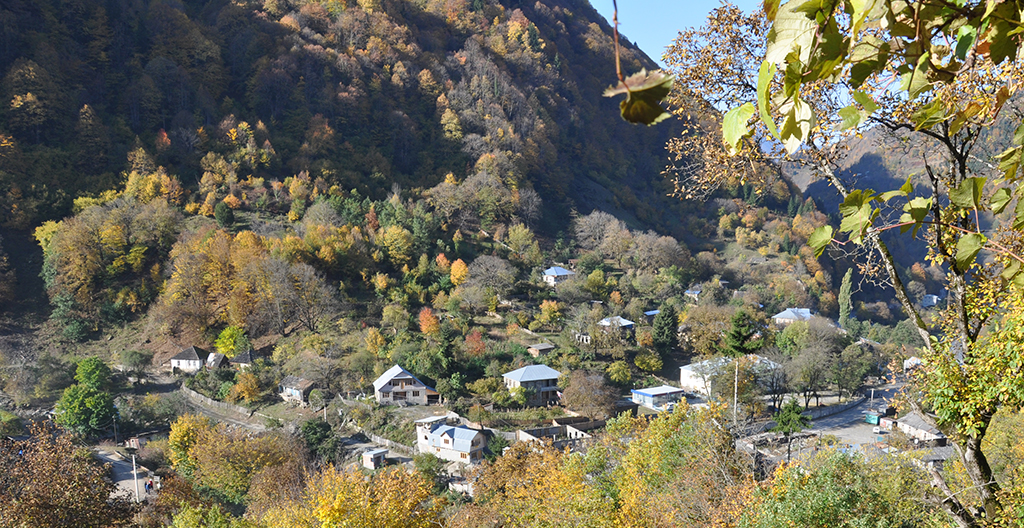 Part of the area to be flooded for the Khudoni dam. Find out more about the project on our website.

Already after the original agreement was signed in 2007, 1500 ha of land customarily owned by the Svans, yet not officially registered, were sold to the developer for a symbolic price of one USD. For generations, the Svans used the land for subsistence agriculture and grazing.

In addition to land rights issues, the amended agreement has further deepened concerns that the project will result in a tariff hike for domestic electricity consumers.

With the contract, the Georgian government commits to guarantee the purchase of the electricity generated by Khudoni at the rate of 10.5 US cents per kilowatt hour – a rate 26 times higher than at the state-operated Enguri dam. Considering the capacity of Khudoni this would be a heavy hit for household budgets in Georgia. (David Mirtskhulava, Technical Director of Trans Electrica predicted that Khudoni will increase Georgia’s power generation by 15%.) Inhabitants of rural areas, like the Svans, would suffer disproportionately as their incomes will likely not keep up with the incomes in cities.

While the company claims it has made its best effort to resolve land ownership issues, the Khaishians argue they have not been consulted on land rights, property registration or resettlement that threatens to displace 2000 people.

On March 9, in response to the company’s faulty rhetoric and the neglect of their rights, the community of Khaishi collectively issued a declaration (pdf) calling for the cancellation of the contract, the recognition of customary land rights and the inclusion of Svans into the decision-making over the project. The historic failure of the company to establish a dialogue with Svans has been the subject of numerous complaints [1] and triggered an intervention by the Georgian Ombudsman.

The Svans’ complaints have fallen on deaf ears with the Georgian government which claims that the development of large dams, including Khudoni, is of utmost strategic and economic importance for the country. Yet, these views are not shared by our colleague Dato Chiapashivili, a hydro campaigner from Green Alternative who is in close contact with several affected communities:

“With each new dam the Georgian government argues that the project is essential to the energy security of the country and the welfare of its people. But there is no energy strategy that would substantiate that so many hydros are needed to meet the energy needs of our country. The dams are being built to export the energy to Turkey and Western Europe. At the same time there are no calculations that would determine the social and environmental cost and benefits of these plants for Georgia, in particular for the rural areas where people are most vulnerable.”

The locals themselves are skeptical that Khudoni will raise the living standard and contribute to the development of the region:

“If we resettle and even if we get cash compensation, we will move to the city, and what will be of us once the money runs out and we have no farmland? And how will Svanetia profit of the damming?” asks Zura Nizharadze, a Khaishi teacher.

The local residents have negotiated with the government, held demonstrations and the community elders have taken an oath on an icon to manifest their united stance concerning the plant. The project has dragged on since then. The developer has failed to comply with requirements for the environmental assessment, raising funds and meeting contract conditions, including the provisions for resettlement. The terms of the agreement have changed repeatedly – usually outside of public scrutiny and likely without the company having been charged for delays.

Khaishi residents read these as signs that the central administration is using the means to give a construction permit to the Khudoni developer prior to parliamentary elections in October this year. The continued disregard for social impacts has forced the Khaishi community to reach to the ultimate recourse and declare it would block the dam construction should the project get that far.

Khudoni is one of over 30 hydropower plants planned in Upper Svaneti, a region renowned for pristine mountain nature and UNESCO-protected medieval architecture.

Five out of these plants are large dams exceeding 200 MW of capacity each. Yet, no analysis is available that would assess the joint impacts these projects will have on the welfare of the local Svan population and on the economic development of a region the size of Mallorca.

The 280 MW Nenskra hydropower plant, the most advanced of the Svaneti hydro projects with preparatory works ongoing, will be built in the vicinity of two Svan communities. The developer has not explained how the company will tackle the impacts on their livehoods.

1. For example this letter (pdf, [ge]) from the Khaishi community from 19 December 2011, signed by almost 400 inhabitants of the village, stressed that on 4 November 2012 at a scoping scoping meeting the Khaishi villagers received brochures that stated that Translectrica would start work in the first quarter of 2012, in accordance with the Memorandum of Understanding signed by the company and government in December 2009. The villagers pointed out that it is “an unfortunate and unaceptable fact that during the decision-making process on the renewal of Khudoni HPP, neither the authorities nor the project sponsor had any contact with the local population, and we received information only about a final proposal.”