As pressure from civil society and governments is mounting, UN and EU bodies acknowledge Ukraine’s lack of accountability for plans to extend the lifetime of its nuclear fleet. The country could be found in breach of international law. Once again. 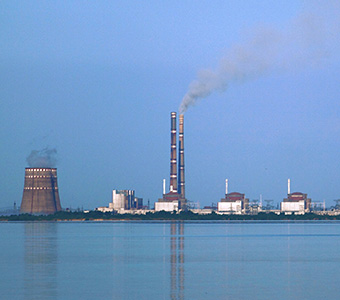 Two years ago, the Implementation Committee (IC) of the Espoo Convention on Environmental Impact Assessment in a Transboundary Context proposed an unprecedented measure concerning the lifetime extensions of two ageing nuclear reactors in Ukraine, Rivne 1 and 2. The committee demanded not only that transboundary Environmental Impact Assessment (EIA) are conducted for the two reactors, but that this rule applies to other cases of lifetime extensions as well.

This would mean that up to thirty reactors reaching their expiry date by 2020 across Europe would have to undergo a comprehensive re-assessment including environmental and social assessments, consultations with neighbouring countries and analysis of alternatives.

However, this proposal was then watered-down by the meeting of parties to the convention. The assembly likely back-paddled due to other European countries fearing the implications such a decision would have for their own plans to keep nuclear fleets running longer than originally intended. However, the consequence of not making a rule out of the Rivne precedent is that many other similar cases will be brought to the Espoo implementation committee individually.

In fact, such cases already are beginning to pile up.

Over the past two years Bankwatch has been warning against the authorisation of the prolonged operation of four more nuclear power units in Ukraine – in the power plants Zaporizhia and South Ukraine. In October the Espoo Convention’s IC has announced (pdf) that it is opening information gathering processes for both cases.

The move can be seen as an acknowledgement of repeated requests by Ukraine’s neighbours to be involved in the assessment and decision making on nuclear lifetime extensions in Ukraine. Should Ukraine again be found to have overlooked its obligations towards its European neighbours, it would deal a serious blow to the EU’s post-Maidan solidarity with Ukraine. 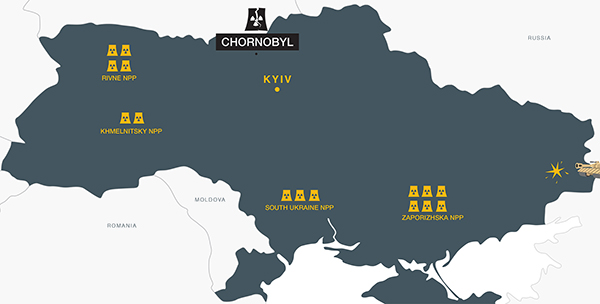 While the European Union is trying to help Ukraine’s political transition, Europe’s financial support is cementing the country’s dependence on an outdated and highly unsafe nuclear sector.

Hopes that Ukraine would live up to its international commitments by introducing a new law were also shattered. Legislation on environmental impact assessments (EIAs) has been long in the making, and Ukraine’s membership in the Energy Community, an international body aiming to create a common energy market between the EU and some of its neighbors, has been the main catalyst for the country to catch up with EU legislative and environmental standards.

In fact, a bill on EIA that was intended to be tabled at the parliament originally included an obligation to study the potential transboundary impacts of nuclear activities. Nevertheless, earlier this year the bill was amended to excluded this provision.

At the end of October, President Petro Poroshenko rejected the bill in its entirety. It was just over a month after the secretariat of the Energy Community announced the opening of an infringement procedure against Ukraine for its failure to adopt an EIA law in line with the relevant EU directive.

Ukraine’s obligation to transpose the EU Environmental Impact Assessment Directive is not only included in its Association Agreement with the EU, but constitutes a key committment of Ukraine’s membership in the Energy Community.

The EU is yet to take any concrete action on Ukraine’s nuclear lifetime extensions. Two loans granted by the European Bank for Reconstruction and Development and EURATOM are co-financing the nuclear safety upgrade programme in Ukraine, a programme that is effectively, if not formally, a pre-condition for the lifetime extensions. The agreements between Ukraine and EURATOM and the EBRD each clearly oblige Ukraine to adhere to rules in Energy Community Treaty, including the transposition of the EU EIA law and the compliance with international law, including the Espoo convention.

The latest decisions by both the Energy Community secretariat and the Espoo Convention’s IC investigating new cases of potential non-compliance by Ukraine should prompt the EU and international financiers to suspend their support to Ukraine’s nuclear programme. The two international bodies are not the only ones awaiting clarifications from the Ukrainian government and nuclear authorities. Romania, Hungary, Austria and Slovakia are determined to take further steps to secure their right to participate in the decision making process on a development that could affect, perhaps even put at risk, their own citizens.