Debt and finance watchdog Eurodad has analysed the EBRD’s new policy on domiciliation and explains how it does not take the bold steps needed to tackle the use of tax havens in development finance. 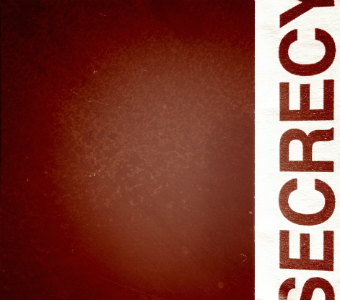 Cross-posted with permission from Eurodad’s blog

It nearly got buried during the holiday season. But, in the last working week of 2013, the board of the European Bank for Reconstruction and Development (EBRD) approved a new policy that could have far-reaching implications. This new policy is on where the bank’s clients can be ‘domiciled’ – officially located in legal terms. In plain language, should the private companies who make up most of the bank’s portfolio use ‘third jurisdictions’ – or tax havens – as their legal locations, even if they do little actual business there.

The EBRD is a multilateral development bank established in the early nineties to invest in the development of Eastern Europe and Central Asia. In the run-up to this long-awaited policy reform, some civil society groups were calling on the bank (pdf) to lead by example when structuring investments in development projects. A public bank such as the EBRD should be the first to seize this momentum to ask its clients – the beneficiaries of publically backed loans – for higher accountability standards, and more transparent access to data about economic operations and taxes paid and contributions to societies in the countries where they are registered.

Previous research by Eurodad and member organisations (pdf) has clearly demonstrated how development finance institutions (DFIs) – publicly backed banks such as the EBRD that lend to the private sector – prefer to structure investments through intermediaries based in ‘secrecy jurisdictions’ such as the Cayman Islands, Mauritius and the Bahamas. This is no different in the case of the EBRD. In 2012, the bank’s investments in equity firms and other financial intermediaries accounted for 32% of its business volume. Nearly all the equity funds were domiciled in notorious secrecy jurisdictions such as the Cayman Islands, Jersey, Guernsey and Luxembourg.

The problem with tax havens

DFIs often claim that tax havens are useful and necessary because of solid, experienced and efficient legal, judicial and advisory structures that are conducive for investment. However, there are a number of reasons why DFIs’ use of tax havens is detrimental for developing countries. Tax havens contribute to the loss of much-needed tax revenues by developing countries, lower growth in poor countries and, because of their secrecy, encourage money laundering and tax evasion.

This has a dramatic impact on developing countries, not least since tax revenues are the main source of funds for public services – including schools, hospitals and clinics, water and sanitation and social protection. Moreover, tax havens have a disruptive impact on markets, preventing the creation of a level playing field among various types of businesses. Small- and medium-sized enterprises operating in domestic markets – the backbone of many economies and a major source of employment – are particularly disadvantaged. They do not have the means to hire professionals to create artificial corporate structures and engage in aggressive tax planning, as larger multinational corporations can.

The EBRD’s new policy, adopted on 17 December 2013 but made public only in January, prevents the bank from investing through tax havens unless it is for ‘sound business’ reasons. Curiously, tax planning is recognised as a sound business reason, on the condition that it does not lead to the “total or near total elimination of taxation”. This replicates the language of the OECD/G20 project on base erosion and profit shifting (BEPS). However, the policy does not specify what would constitute an allowable erosion of the tax base or assess the potential consequences of this.

Eurodad believes that public money used to back a public bank such as the EBRD should not be used to legitimise the use of tax havens, as their detrimental role in development has been clearly demonstrated. For every dollar developing countries receive in aid, over six dollars leave as illicit financial flows that are often facilitated by tax havens. Losses in tax revenue for developing countries are as much as USD 160 billion every year (pdf), money that cannot be used for much-needed investments in schools, hospitals and public transport.

The EBRD initiative follows a number of policy revisions by other key institutions regarding the use of tax havens – including the European Investment Bank (EIB) in 2010, the World Bank’s International Finance Corporation (IFC) in late 2011, and DFIs in countries such as Sweden. All these proposals are largely built upon the results of the Organisation for Economic Co-operation and Development (OECD) Global Forum peer-review process. Civil society groups are now calling for much more ambitious policy changes by different development banks.

Following the IFC and Swedish proposal, the EBRD will not provide financing to projects associated with jurisdictions that do not comply with the internationally agreed tax standards set by the OECD’s Global Forum. However, this regime has been widely criticised for judging jurisdictions too leniently for political reasons, and for basing itself on international standards that are flawed and incomplete.

According to the most recent OECD ratings (pdf), the EBRD would still be able to structure investments in well known tax havens such as the Cayman Islands, Mauritius, Guernsey and Jersey. Despite the flaws in this list and the process of compiling it, the new policy would exclude other tax havens such as Luxembourg and Switzerland, both of which are frequently used by the bank.

This OECD-based approach contrasts with the more stringent regulation imposed by the Belgian government on its DFI, known as BIO. Following a critical report (pdf) of Eurodad member 11.11.11, BIO will no longer be able to invest in companies or investment funds that do not sufficiently apply the OECD standard or maintain an average corporate tax rate of less than 10%.

The EBRD has missed an opportunity to take bolder steps towards preventing public money from being derailed through tax havens. The bank has also failed to go beyond the flawed international standards that are not currently, even if implemented, ensuring effective taxation of multinational corporations. In a cogent submission, the Bankwatch network of European civil society groups that acts as a watchdog of the EBRD set out sensible recommendations for what a real pro-development policy on offshore financial centres should be, including:

It is time for DFIs such as the EBRD to lead by example and impose strict policies that do not support the use of tax havens as a ‘sound business practice’, and instead help tackle the global tax dodging industry that robs developing countries of hundreds of billions of dollars every year.