If you’re looking for a revolution, sign up for notifications from your embassy. The messages pinging on smartphone screens that night in October began not long after stepping into the evening streets around the Yerevan Cascade, warning of impending demonstrations outside the Armenian parliament. To be sure, the flashing blue and red sirens and thousands of people flooding past were impossible to ignore as well, so the consulates’ SMSs came as little surprise and instead provided more than anything context to the oncoming commotion. 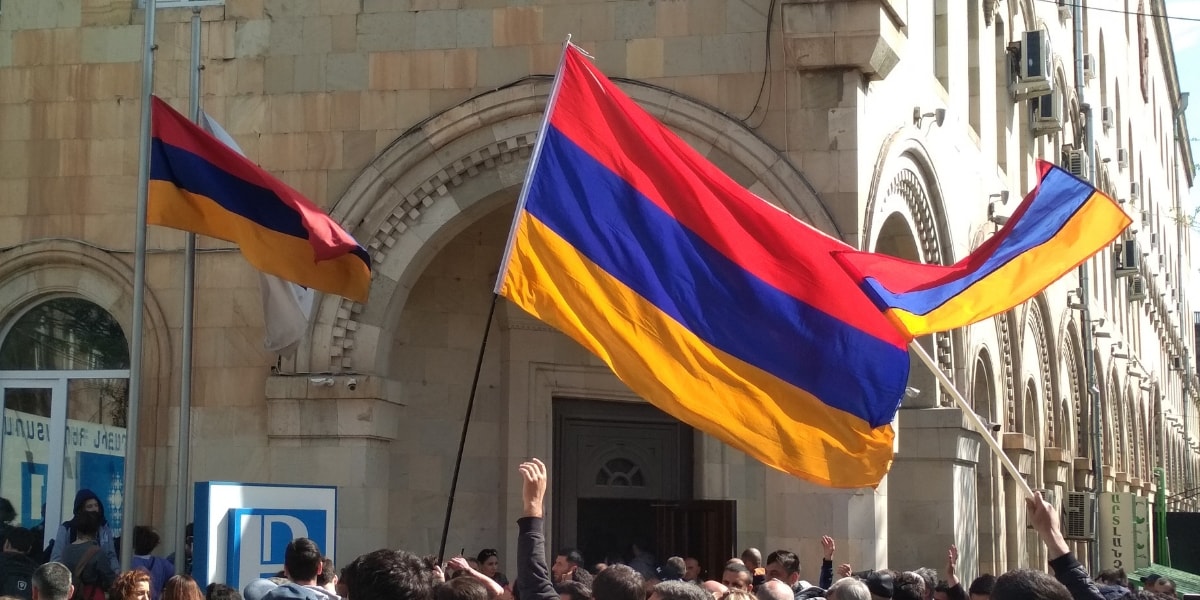 Earlier in the day, Armenia’s prime minister, Nikol Pashinyan, whose popular movement swept to power in April by toppling the kleptocratic rule of Serzh Sargsyan, had called on his supporters to stand against the opposition Republican Party’s calls for a dissolution of the National Assembly. The power grab was seen as a last ditch attempt by the old guard to hang on to the authoritarianism that had stifled political life in the country for nearly two decades. The peaceful demonstration and spirit of optimism and revolution on display that October evening served as the backdrop to our visit to Armenia, where we had travelled to survey opinions about the operations of Lydian International, the largest foreign investor in Armenia whose flagship Amulsar gold mine and its chequered history has been a flashpoint of conflict across the country.

A constant source of conflict

As part of his rise to power, Pashinyan had promised to investigate whether Lydian’s operations were in line with Armenian legislation, which the company believes will contribute USD 185 million annually to GDP, though critics had said was a bad deal for the the country’s coffers and the environment. During our visit, there was a general sense that Armenians expected him to make good on this campaign promise. The Amulsar mine is situated near Jermuk, a resort town two hours southeast from the capital made famous for its natural beauty, hot springs and health spas. Locals have long contended that the gold mine, which has already caused dust pollution and would use cyanide leaching technology to separate the concentrate from the ore, poses a serious threat to tourism in Armenia’s ‘little Switzerland’ and could be detrimental to Armenia’s water resources, such as Arpa river and lake Sevan. Residents of Jermuk were not consulted during the environmental and social impact assessment in 2015 and 2016, which led the Compliance Advisor/Ombudsman of the International Finance Corporation to conclude that the impact of the mine on Jermuk’s water and tourism brand was not properly assessed.

These allegations were the focal point of our visit. Together with the Armenia social NGO ‘Community Mutual Assistance,’ we went to Jermuk and the surrounding villages of Kechut and Gndevaz to conduct first-of-its-kind independent research into what local people know and think about the operations of Lydian. In addition to this sociological research, we were accompanied by biologists from the Balkani Wildlife Society in Bulgaria who were conducting an independent analysis of the environmental impact assessment prepared by Lydian as a prerequisite to begin mining operations at Amulsar.   The results of this research provide insights into the conflict between the mining company and local communities and suggest that more work on assessing the environmental and social impacts of the mine are needed, should Lydian want to secure consent from the new Armenian government. The European Bank for Reconstruction and Development is providing CAD 10.5 million (EUR 7 million) in equity to Lydian, ‘earmarked for financing of Environmental and Social Mitigation Measures,’ such as the establishment of the Jermuk National Park to offset biodiversity losses resulting from the project. In the case of the research into the ESIA prepared by Balkani, a number of findings should be considered as part of a government’s revision of the agreement with Lydian. In particular, Balkani found that the existing assessments were at odds with the Bern Convention on the Conservation of European Wildlife and Natural Habitats. For instance, a portion of the mine is sited inside an Areas of Special Conservation Interest. This area received this designation because of a number of unique species and habitats situated in this region that could be damaged by the project, a situation which Lydian fails to address entirely in its documentation. The sociological research found that the awareness about the social consequences of the mine is highest in Gndevaz, due in part to Lydian presence in this community and having employed a number of the villagers at its projects. Residents in Kechout and Jermuk felt less informed, and perceptions and assessments have been formed by observation, like of the dust and noise from construction, and the activists protesting against the mining. Substantial concerns about impacts to agricultural lands and pastures were expressed by nearly three quarters of respondents, while 80 per cent were concerned about further future impacts. People related their concerns about the destruction of apricot orchards, pastures, as well as fear that fruit is covered with dust. A similar number of respondents, 85.7 per cent, expressed concerns about the potential impacts of mines on their health. The biodiversity and sociology experts recommend that the new government in Armenia should request new environmental and social impact assessment and consultations with local communities on potential risks of harm to their environment, livelihoods and health. As a protester against the mine said “I’m sure that the government will hear us, otherwise the revolution will be useless if the government is going to treat us the way the previous government did.”