On April 21, around 200 people went on a protest in Chuberi to once again oppose the construction of the Nenskra dam and to demand their indigenous status that grants a higher level of safeguards. 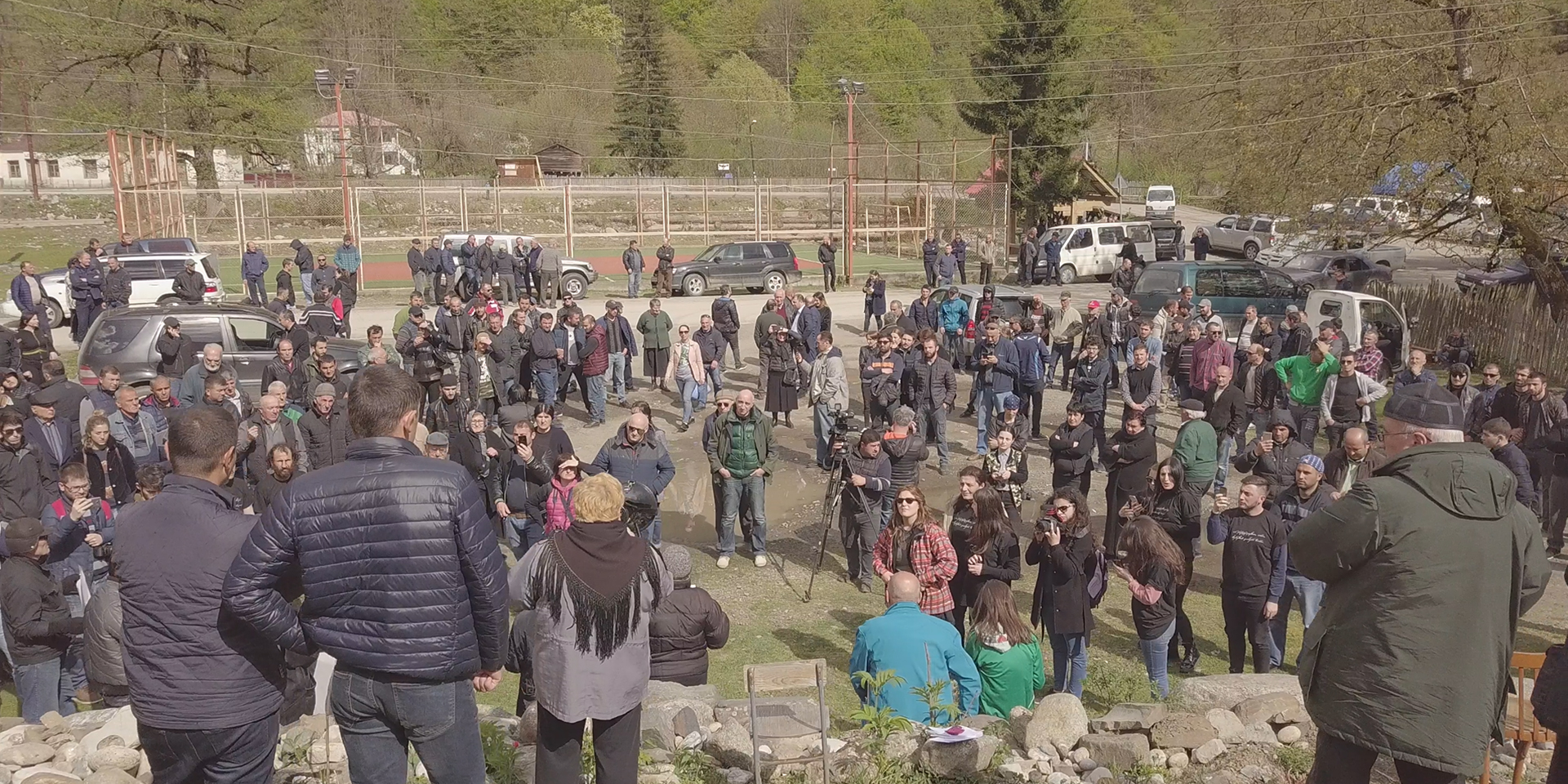 Since the Nenskra project’s launch in 2015, local Svans have been continuously raising their concerns over the 280-megawatt hydropower plant (HPP) at their doorstep. The demonstration in Chuberi comes after a series of preceding events in Tbilisi, Oni, and Mestia in the past two months.

Today, we gathered in Chuberi to support and show solidarity to locals who are protesting against the Nenskra HPP. Unfortunately, we are stuck in the past and, instead of shifting to modern technologies, the country pushes for what the modern world has rejected long ago. We say ‘No’ to big dams, as in the long run it is much more profitable for locals to keep the nature than destruct 400 hectares of forest for one single project. That is why we are saying ‘No’ to HPPs in Svaneti and in Georgia – they destruct our cultural heritage and nature.

The stakes are high. A billion-worth Nenskra project, backed by public institutions, such as the EBRD and ADB, will flood communal lands and vast territories in Svaneti. Despite the magnitude of such pervasive construction, potential economic and environmental impacts have not been properly assessed.

Unable to influence local decision-makers, Svan representatives appeal to public financiers that account for 75 % of all Nenskra funding. They will address the EBRD during the annual meeting in Jordan to challenge the bank’s involvement in the Georgian hydropower sector.

I will tell the banks to stay away from such proposal as they threaten to destruct Svaneti. Wrecking nature in Svaneti means intervention in people’s lives and losing strategic zone for Georgia along the conflict zone with Abkhazia.