Home > Blog entry > Off on the wrong foot in Kosovo? A lignite power plant and the EBRD

Notwithstanding the dominance of lignite in Kosovo’s energy mix, the European Bank for Reconstruction and Development may get involved with yet another lignite project in the Western Balkans. 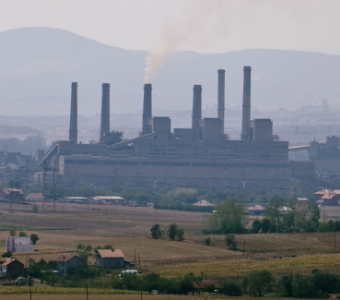 Last week a delegation from the EBRD visited Kosovo – its newest member, admitted on 17 December 2012 – as part of the development of its investment strategy for the country. Following meetings with the EBRD, Prime Minister Thaci’s office stated that the bank has expressed its interest in supporting the New Kosovo (Kosova e Re) project, which involves the construction of a new 600 MW unit at the lignite power plant near Pristina.

For a bank mandated to promote sustainability in all its activities and which publicly claims to support a transition to a low-carbon society, this is a strange choice of project. 98 percent of electricity in Kosovo is generated from lignite, and that number isn’t going to get any smaller with a new plant. Kosovo has committed to meet a renewable energy target of 25 percent of total final energy consumption by 2020 as part of the European Energy Community. Reaching this goal with a new 600 MW lignite unit before that date seems unlikely.

The EBRD is currently reviewing its Energy Operations Policy. Bankwatch and others call for an end to support for coal.

Kosovo also currently loses up to 17 percent of its electricity in transmission and distribution as well as wasting an estimated further 30 percent due to inefficient usage. Energy efficiency is therefore a much more urgent priority than building large new capacities. Analyses conducted by the World Bank’s former chief clean energy specialist Dan Kammen show that building a new plant in Kosovo is more costly and creates fewer jobs than energy efficiency and renewable energy investments.

As well as the climate impact and high cost of the project, there are numerous other issues. For example, just as the EBRD delegation was in Kosovo the Bank Information Center published an analysis showing that there are numerous unresolved issues regarding the use of water for the project, which may compete with agricultural production and other uses.

Considering financing this project is not only a bad start for the EBRD’s operations in Kosovo, it is also a bad omen for the revision of the bank’s Energy Operations Policy, which is taking place this year. (I will post more on this soon).

The EBRD’s countries of operation desperately need serious investment in energy efficiency and sustainable renewable energy to bring them into the 21st century, yet here in 2013 is a European bank still planning to use public money to keep Kosovo stuck in the coal age.

Other lignite projects with EBRD involvement are: