In a letter to the President of the European Investment Bank from July 22, the European Union’s Ombudsman Emily O’Reilly has asked the bank to review its governance arrangements to help prevent potential conflicts of interest in the bank’s governing bodies. 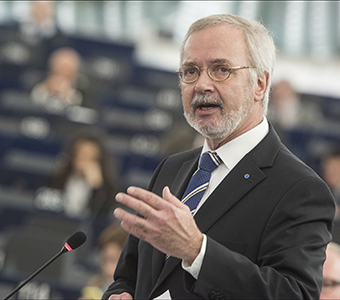 In a letter to the President of the European Investment Bank from July 22, the European Union’s Ombudsman Emily O’Reilly has asked the bank to review its governance arrangements to help prevent potential conflicts of interest in the bank’s governing bodies.

Noting the wide range of operations of the bank, including lending for large scale projects “such as expansion of energy distribution networks, renewable energy projects, modernisation of transport infrastructures and broadband investments”, the Ombudsman observes that “this requires effective mechanisms to assess and prevent possible conflicts of interests within governing bodies”.

Going into more detail, O’Reilly identifies a number of shortcomings in conflict of interest provisions in the two main governing bodies of the EIB, its Board of Directors, responsible for approving strategic and operational decisions, and its Management Committee, handling the day-to-day management.

To address these, the Ombudsman among others requests the EIB to “specify how conflict of interest assessments are performed before members of the Board of Directors and Management Committee [the two main governing bodies] are appointed”. She also points out that the level of detail that new members of governing bodies have to disclose seems either insufficient or not in line with the practices in other international financial institutions.

Also in contrast to the EIB, Board members at other public financial institutions such as the World Bank and the European Bank for Reconstruction and Development “may not engage in any outside activity without prior authorisation of the relevant Ethics Committee”.

Lobbyists in the EIB’s Board of Directors

The Ombudsman’s initiative is not coming out of the blue considering revelations about corruption cases with the alleged involvement of former EIB director Mihai Tanasescu in Romania and former Vice-president Magdalena Álvarez Arza in Spain. According to Irish media, the EIB’s current Irish Director John Moran is actively lobbying for the American ride-sharing company Uber.

For the EIB to work in the interest of European citizens, the EU bank needs to adopt stricter provisions to prevent conflicts of interest and “revolving doors” practices by its high-level staff. The Ombudsman initiative is therefore much welcomed by transparency advocates.